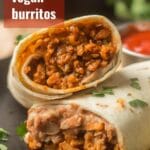 Who needs take out when you can make these scrumptious "beefy" vegan burritos at home! Stuffed with a spicy mixture of refried beans and crumbled seitan ... these babies are packed with flavor and great for meal-prep. 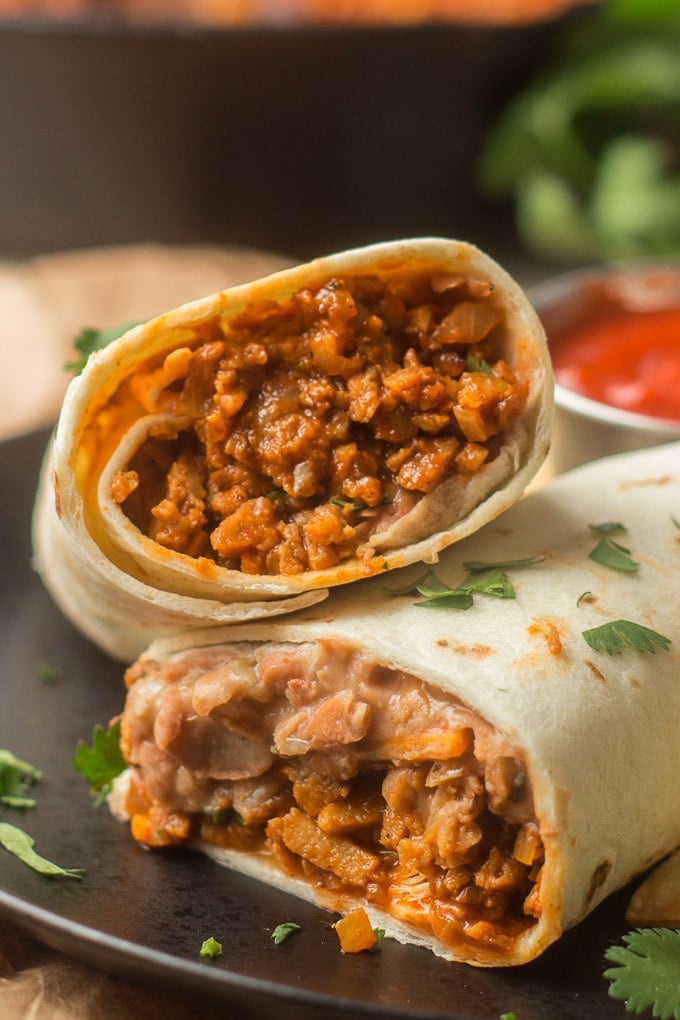 Confession: I was a big time Taco Bell addict before I gave up meat. As a kid, I never really liked most fast food. Cheeseburgers totally weren't my thing. But I was all about beefy burritos.

A few years ago I recreated the 7 layer burrito for this blog, but that wasn't actually my favorite menu item. I was totally partial to the plain old beef & bean burrito. It's about time I went and made a vegan version of that one! 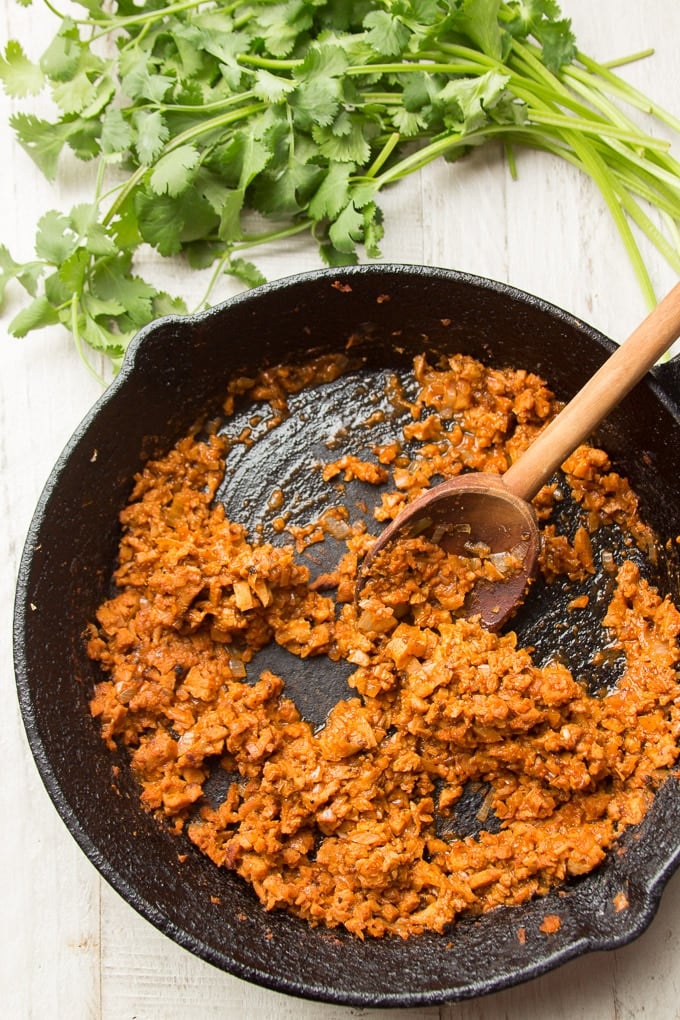 Seitan is my go-to vegan substitute for beef. It's hearty and savory like beef, and if you make your own using my homemade seitan recipe, you can even include specific flavors to create a beefy seitan.

Not up for making your own seitan? No worries! The store-bought stuff does a great job of replicating beef in this recipe too!

How to Make Beefy Vegan Burritos 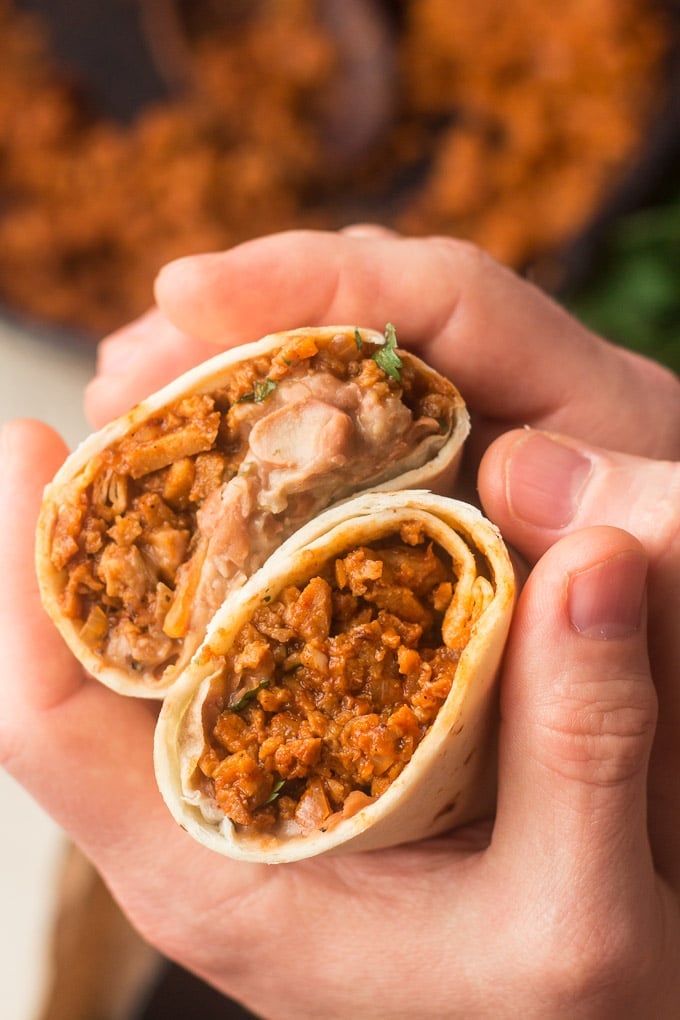 Good news! I posted a recipe for them last week. You can find that here.

For this, we'll need to transform our seitan into crumbles, which isn't too tough.

First, mince your seitan super finely. You want the texture to be close to cooked ground beef or meatless crumbles you might find in the freezer of your supermarket. I use a big chef's knife and chop away until my seitan is super fine.

Heat up some oil in a skillet and add an onion. Cook the onion for about 10 minutes, until it begins to soften and brown. Now add your seitan, and cook everything for a few minutes more, to start browning the seitan.

Next you can add some garlic and spices: cumin and ancho chile powder. Cook everything for about a minute more, and add some tomato paste and water. Bring the liquid up to a simmer and let everything cook for a few minutes to thicken up the sauce. 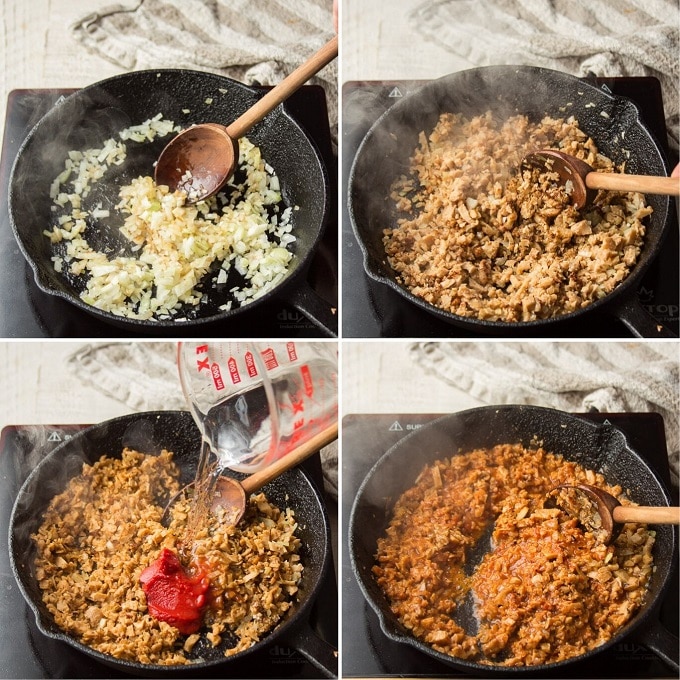 Give your seitan mixture a taste and season it with some salt and pepper, as well as some hot sauce.

How to Roll a Burrito 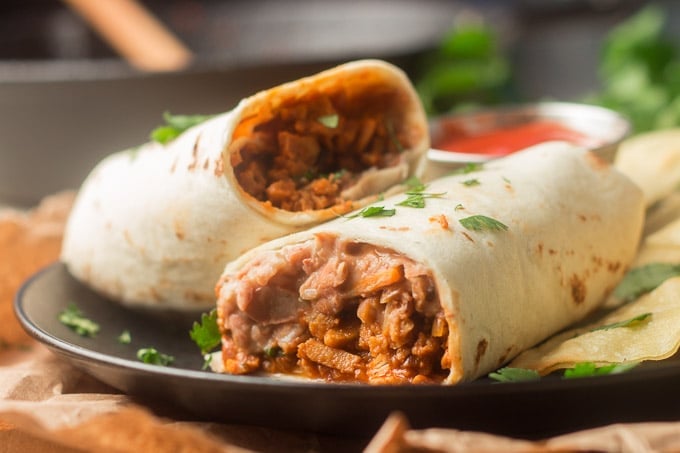 Grab a large flour tortilla. Make sure you're using a big one! It's nearly impossible to fit everything into a tortilla that's too small. The key to rolling a burrito is to not overfill it. Use less than you think you need: about ½ cup of beans and ½ cup of the seitan mixture. Add some vegan cheese if you like, and a few leaves of fresh cilantro. 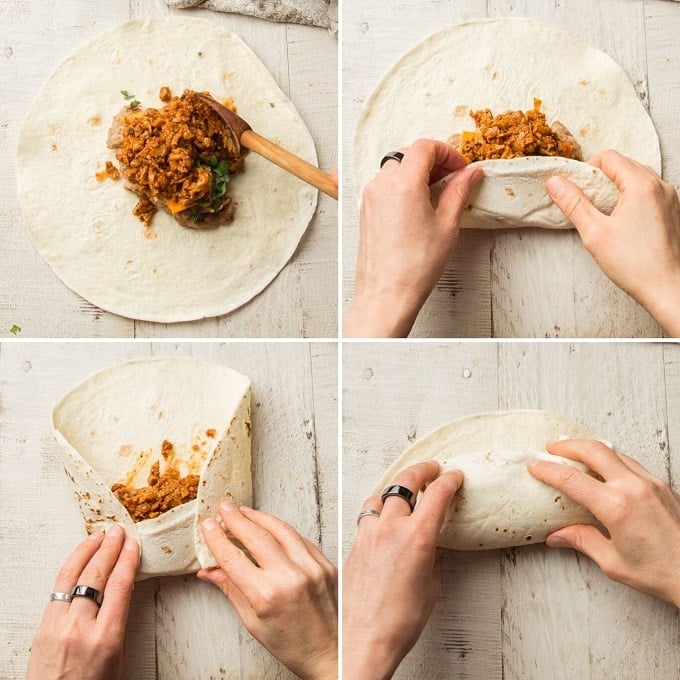 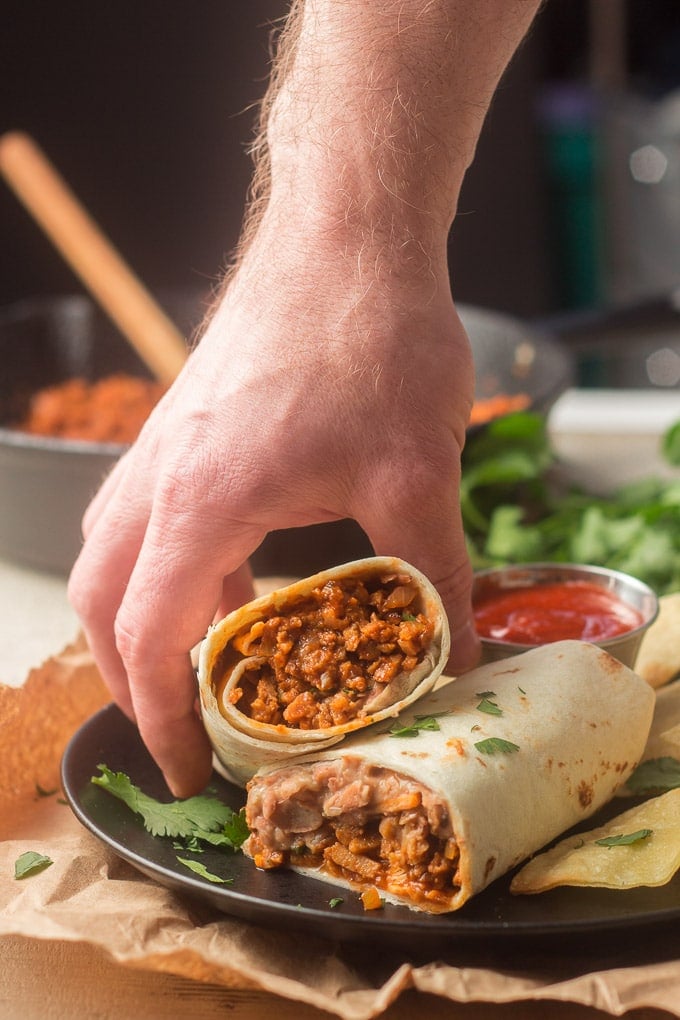 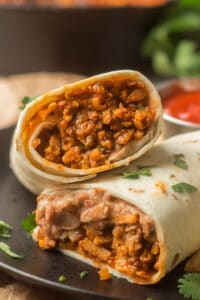 Who needs take out when you can make these scrumptious "beefy" vegan burritos at home! Stuffed with a spicy mixture of refried beans and crumbled seitan ... these babies are packed with flavor and great for meal-prep.

Nutrition information does not include cheese.