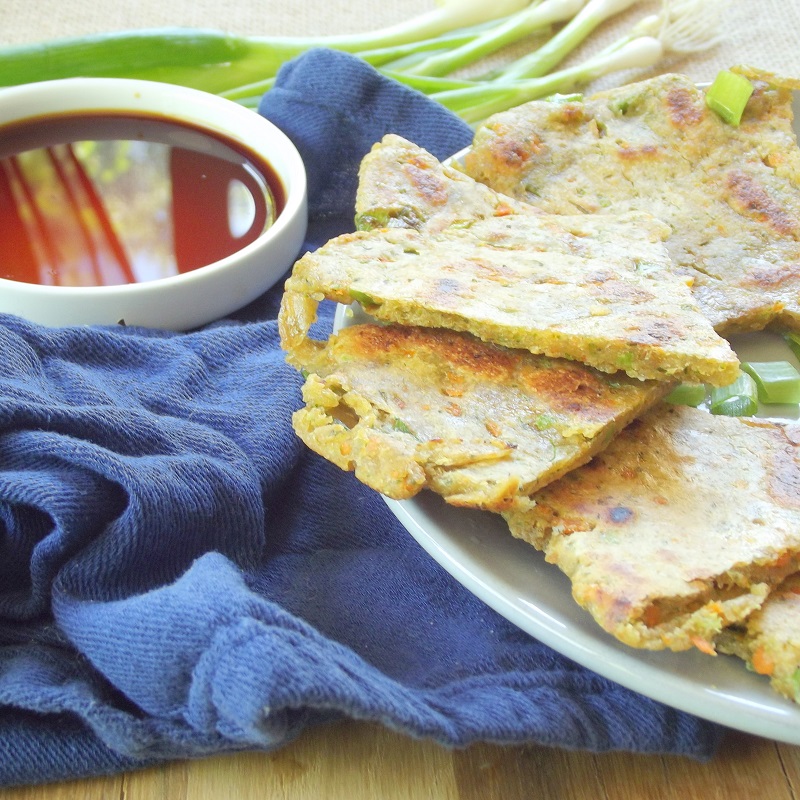 I realized I might just be on a Chinese food kick. I’ve been posting a Chinese or Chinese inspired recipe here and there lately, and as I glanced through my future posts lineup, I realized I’ve got many more to come.

Today’s recipe is one we’ll put into the Chinese “inspired” category, because I’m not really sure of the authenticity of the veggie part of veggie scallion pancakes. Basic scallion pancakes are an appetizer that’s near and dear to my heart. During my law firm days, a group of friends and I would regularly escape the office on a Friday afternoon and smother our sorrows in Chinese vegetarian food at a nearby restaurant. I think I tried every entree on the menu, because…why wouldn’t you do that at a place amazing enough to offer a full menu of Chinese vegetarian food. The appetizer, however, was consistently a big order of scallion pancakes that was shared among the group. It was always delicious and did a great job of soothing our tired souls at the end of a long week. 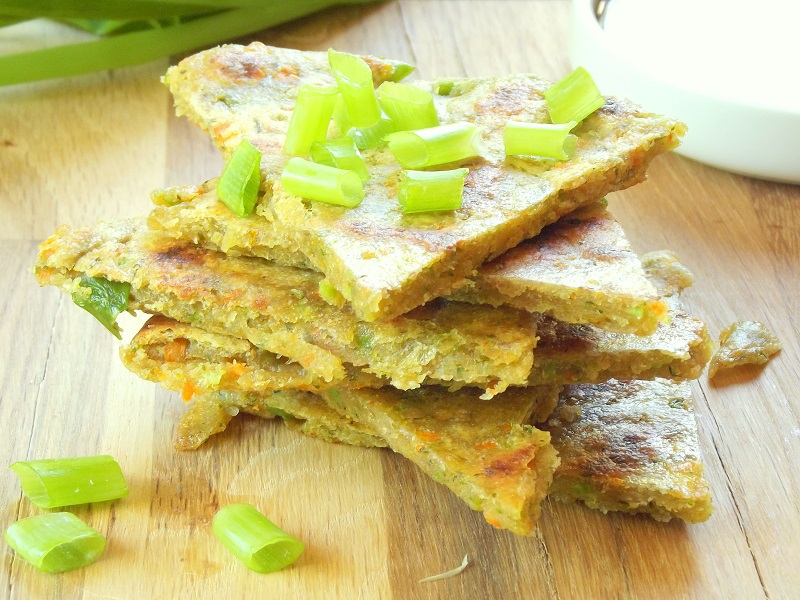 I’d like to say the veggies ended up in here in an effort to create a healthier dish, but the truth is that I had a ton of broccoli that I’d just harvested from the garden and for about a week I put it in everything. I’m happy to say that the veggies worked out great, so great that these scallion pancakes, which I really only intended to use as a side for this dish, ended up being completely postworthy. You can taste the broccoli! I know, that sounds like a ridiculous thing to say, but I honestly didn’t really expect it. I really wasn’t thinking much more than wanting to use up the bounty that I’d worked so hard to grow before it spoiled and resulted in sadness. The flavor was a bonus, and it was perfect with the savory scalliony flavor of the pancakes. Use up home grown veggies, add some nutrition (bonus), get extra yummy flavor (double bonus). Win!

The ingredients for this recipe, or any scallion pancake recipe for that matter, are surprisingly simple. There’s no leavening agent, and the flavor predominantly comes from scallions and, in this recipe at least, the veggies. The steps are simpler than you might think as well, though not exactly obvious to one whose never made this type of dish before. 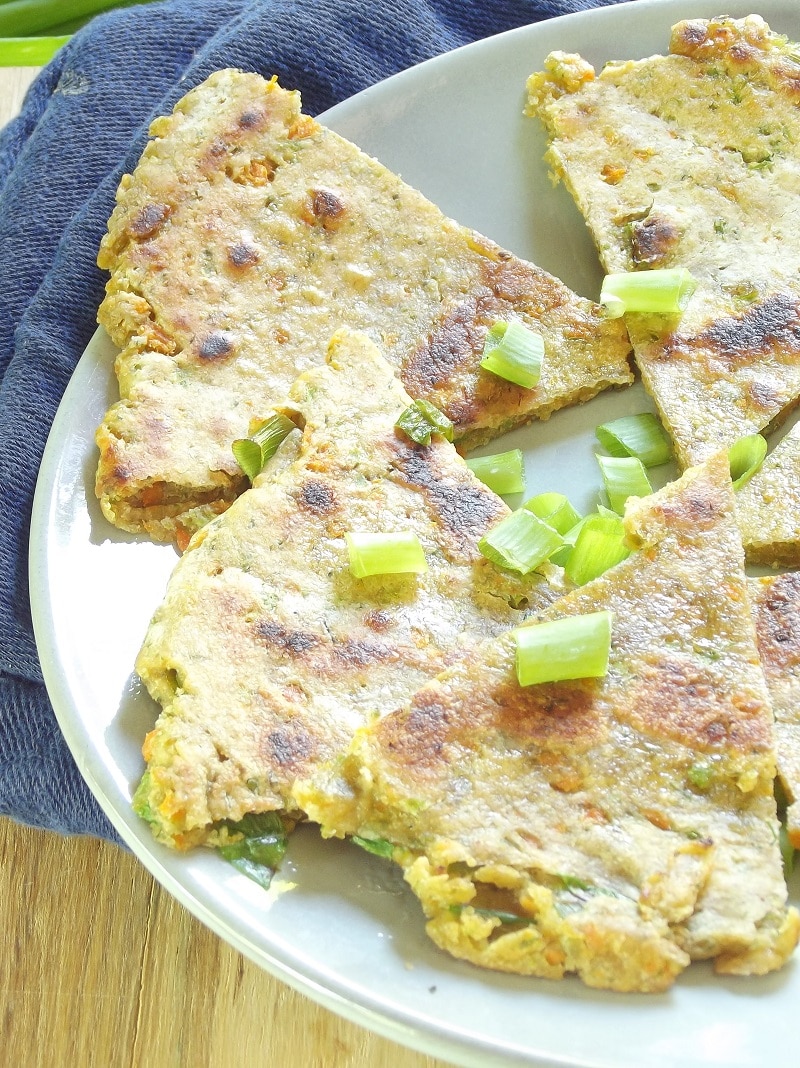 After you’ve mixed your dough and let it rest for a bit, you roll it out flat. 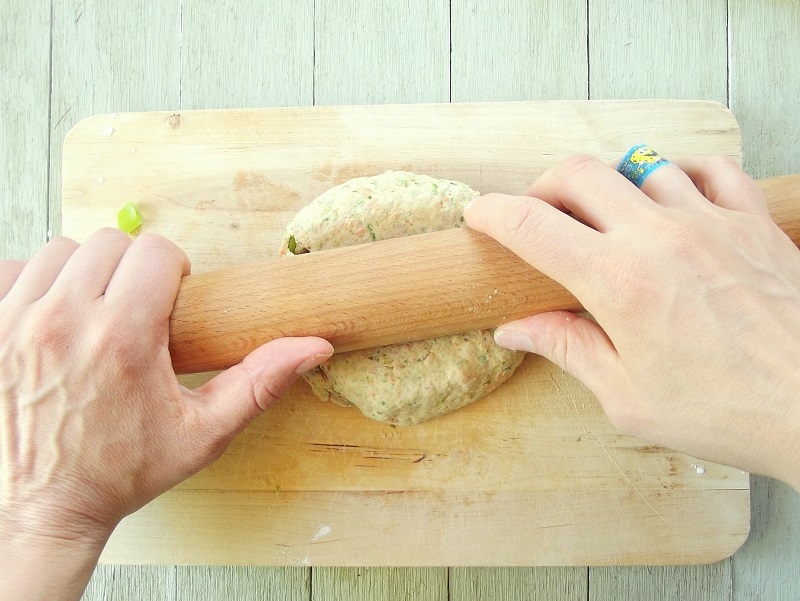 Yes, that’s SpongeBob on my finger.

Sprinkle the top with scallions and salt, roll it into a long snake. 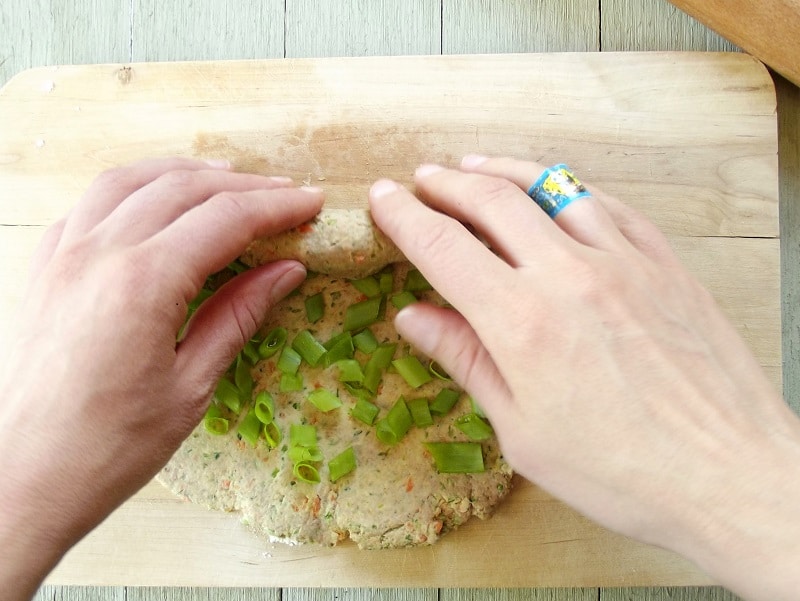 Roll your snake into a coil. 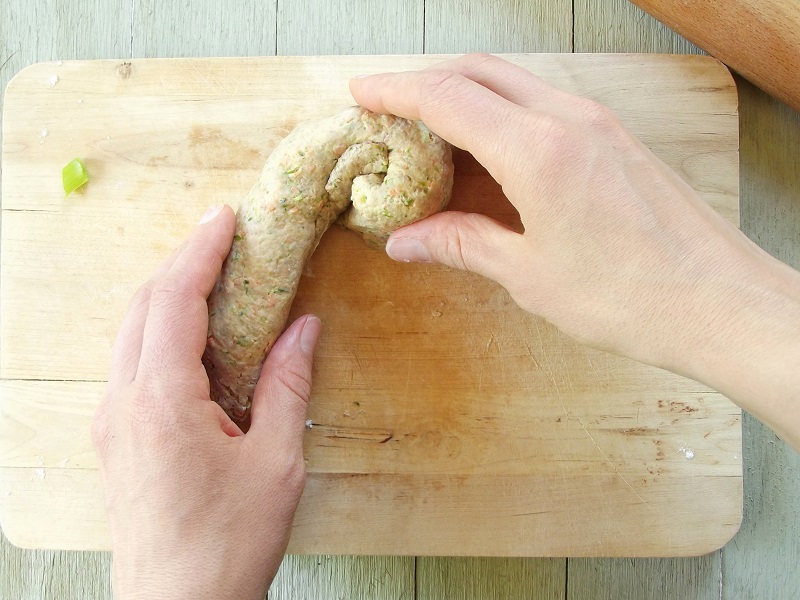 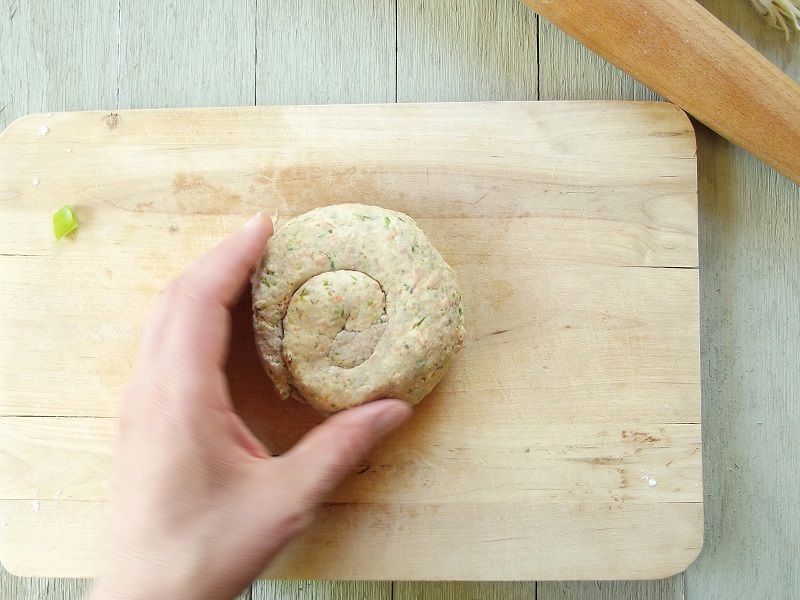 Then you flatten your coil out once again, and cook it up!

For the Scallion Pancakes

For the Dipping Sauce 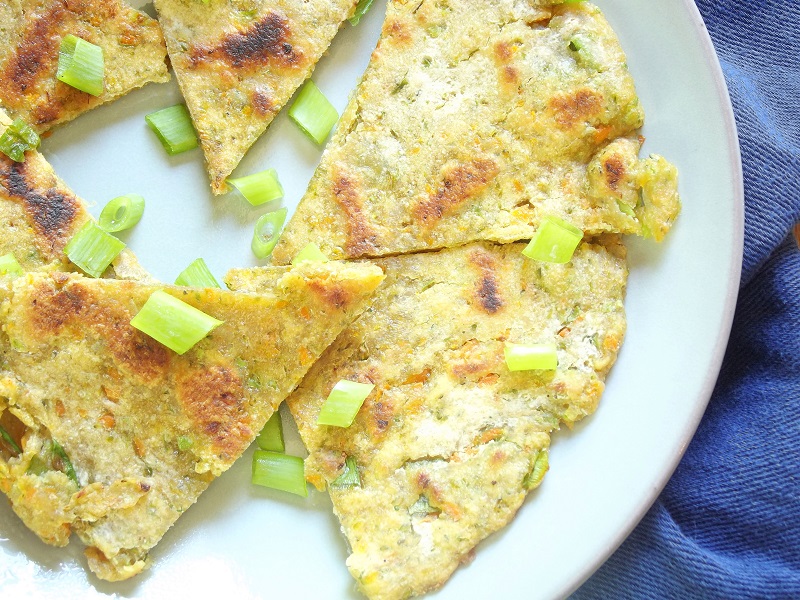