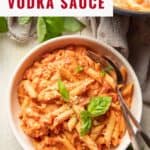 When I was in college I waited tables at a place where the servers got a free meal for every shift we worked, and I very quickly became addicted to the penne alla vodka. It was weird to me because I couldn't stand the taste of vodka by itself (still can't!).

But now I know better. I've since learned that vodka is pretty much just alcohol and water, and the alcohol evaporates when you make vodka sauce. So is vodka sauce really just water sauce? Yes...but no.

I also learned that when the alcohol evaporates it interacts with the tomatoes in a way that enhances their flavors and makes them tastier. That's about as scientific as I can get here, but trust me, vodka gives the sauce a wonderful depth of flavor.

With that knowledge in hand I took to creating a dairy-free version of my old favorite, swapping out the typically used butter for olive oil and heavy cream for cashew cream. My vegan vodka sauce turned out way more delicious than any of the free dinners I got back when I was in college!

Assuming you're making vegan pasta alla vodka with this sauce, you'll also want to add some dried pasta to your shopping list. I like to make vegan penne alla vodka, but any variety of pasta works! Vodka sauce also goes great with some fresh basil.

Tip: Did you forget to soak your cashews? Try boiling them for 20 minutes instead. And for future reference, keep a stash of frozen soaked cashews on hand, so you never have to worry about forgetting! Just soak then freeze them right in the soaking water. When you're ready to use them, thaw, drain, rinse, and use like normal.

Tip: You'll need to taste-test the sauce to make sure the alcohol has all evaporated. If it's still in there the sauce will taste funny.

Tip: This recipe makes a big batch of sauce, because I find most blending devices don't work well with less than a cup of cashews. I don't recommend cutting down on the batch size unless you're using something small like a mini food processor.

Leftover vegan vodka sauce will keep in an airtight container in the refrigerator for about 4 days, or in the freezer for about 3 months.

If you've already added your sauce to pasta you can store the leftovers in the fridge for about 3 days in a sealed container. You may find the sauce thickens a bit during storage, as the pasta sucks up moisture. Add a splash of water during reheating if needed.

The sauce itself is gluten-free. Just be sure to serve it with gluten-free pasta.

Is there a substitute for cashews?

Can I omit the vodka?

You can absolutely omit the vodka if needed. The flavor of the sauce will be much milder and a bit sweeter. And, obviously, it won't be vodka sauce anymore! 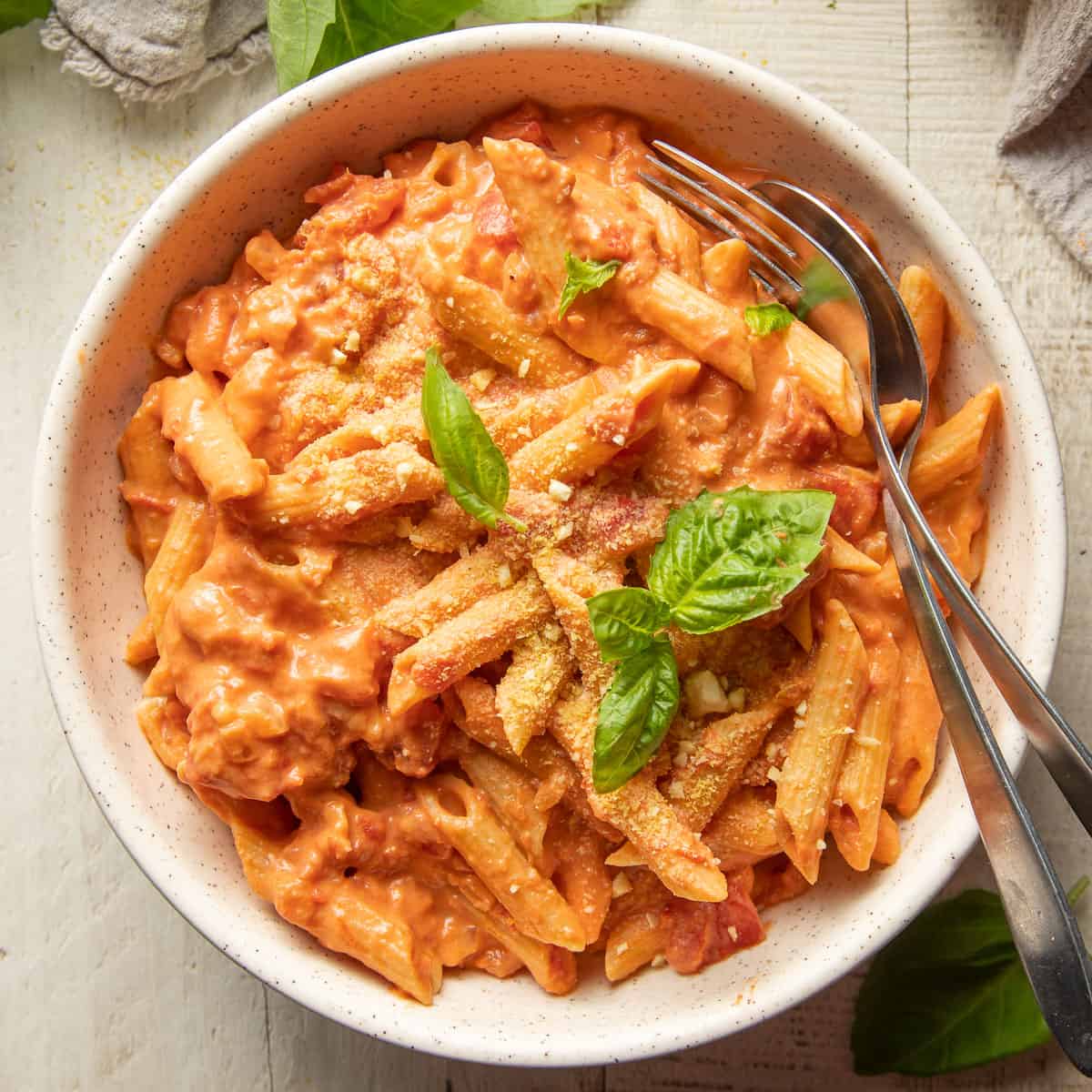 This vegan vodka sauce is rich, creamy and super easy to make with just a handful of ingredients. Perfect over pasta, you'd never guess this decadent sauce was dairy-free!