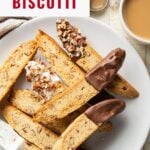 These vegan biscotti are crispy, delicious, and perfect for dunking! They're also easier to make than you'd think, with just a handful of simple ingredients.

Back in the early days of this website I tried to veganize my grandfather's biscotti recipe, and failed miserably. The cookies fell apart when I tried to slice them and my husband and I had to eat all the broken biscotti bits.

It took me years to try my hand again at veganizing my old favorite Italian cookies. I'd been thinking there must be some magical secret to creating vegan biscotti that would hold up to slicing. I finally gave it another go and discovered a few tricks.

Slicing these biscotti is the trickiest part of the recipe, since we're not using eggs as a binder like with traditional biscotti. But with my tips below I'm sure you can make it happen. And your biscotti will be absolutely delicious!

These vegan biscotti are perfect for holiday gifting and amazing with a cup of coffee.

Below you'll find the basic ingredients for making chocolate dipped vegan biscotti with pecans, as I've shown in the photos. You'll also find some info on substitutions, so you can make the recipe your own!

Tip: Make sure your butter and non-dairy milk are at room temperature before you begin. Always to this with baking projects unless otherwise specified!

Tip: The dough may appear a bit crumbly at this point. Test it by pressing some in your hands to make sure it holds together. If it crumbles, add a splash of non-dairy milk.

Note: Most biscotti recipes recommend using a serrated knife, but that did not work for me. (Maybe it works better for non-vegan biscotti.) Use a non-serrated knife.

Vegan biscotti will keep in an airtight container at room temperature for at least two weeks or in the freezer for about 3 months. 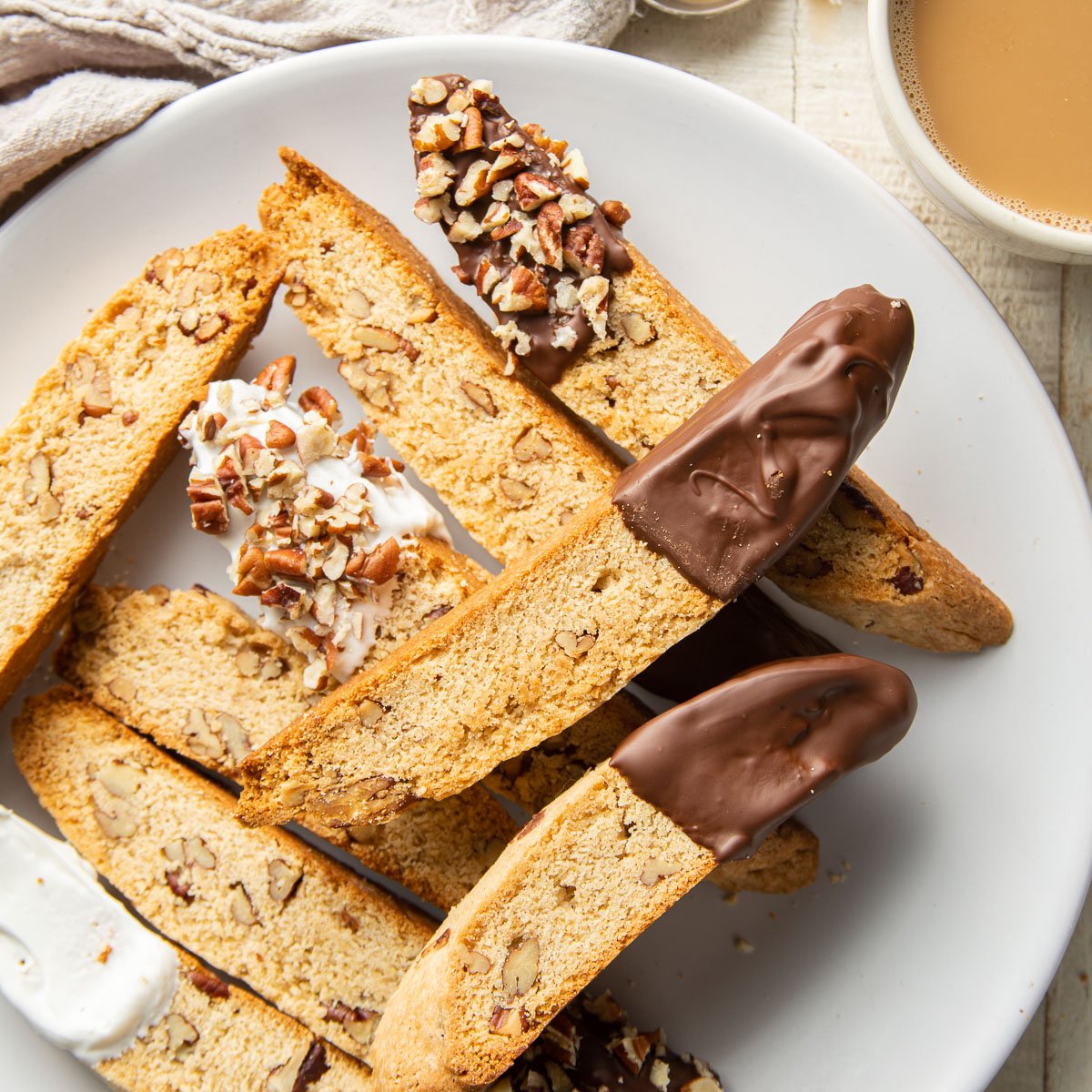 These vegan biscotti are crispy, delicious, and perfect for dunking! They're also easier to make than you'd think, with just a handful of simple ingredients.