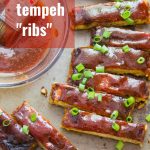 Smoky, savory, and slathered in sweet and zippy homemade barbecue sauce, these vegan ribs are made from tempeh! Cook them in the oven or on the grill for a meatless summer feast! 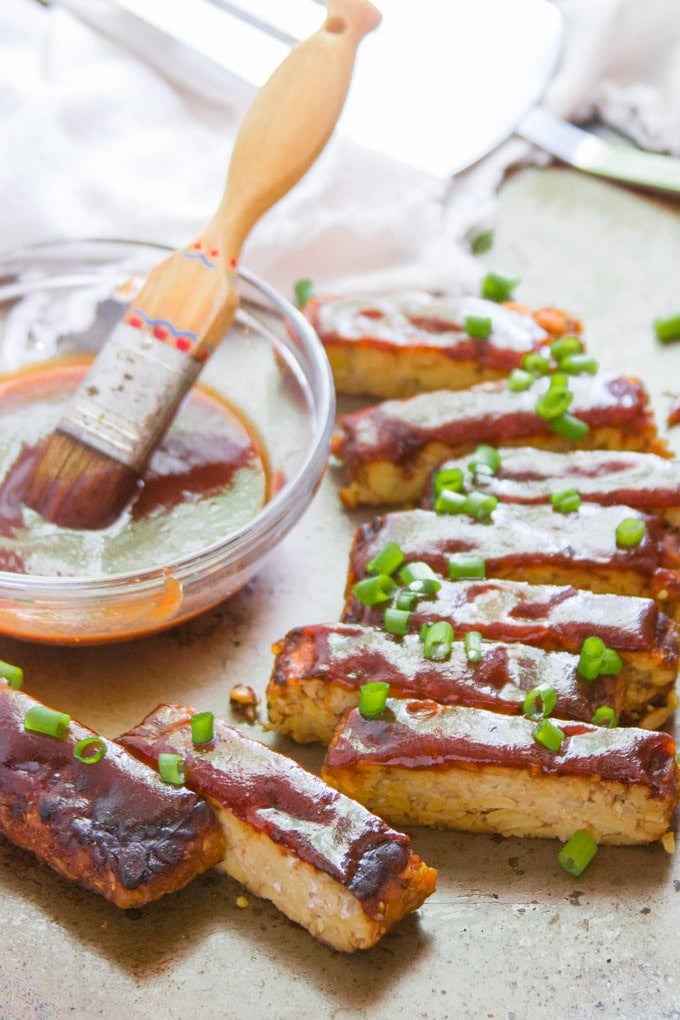 Here's something funny: I didn't know what "ribs" were until I was twenty one. I knew they were some type of meat that I wasn't interested in, but that was about it.

And then I got a job waiting tables at a restaurant specializing in prime rib. (I was a long time vegetarian by then, in case you were wondering.) I thought what I was serving was the same thing as spare ribs, until a customer corrected me. Oops!

So yeah, that's how I learned what ribs are.

Hopefully that little tale hasn't destroyed my credibility. Assuming not, how about some vegan ribs from a girl that's never had a non-vegan rib?! 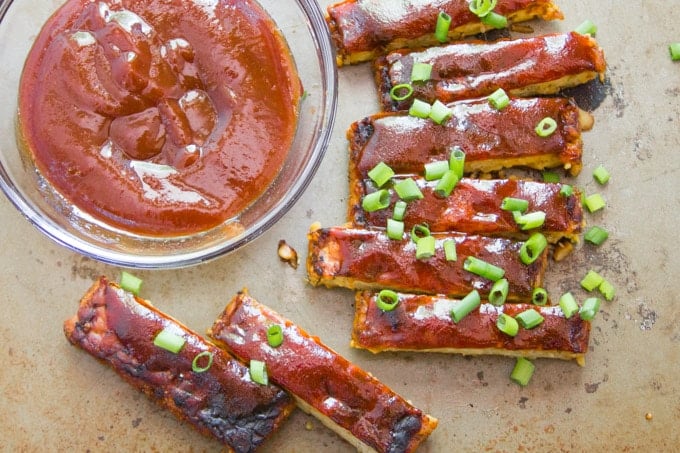 Whether or not these taste anything like non-vegan ribs (my husband says they do), I promise they're really good. I saw a video on Facebook (and then totally lost track of it) about a restaurant that was selling vegan ribs made from tempeh. Since I have no idea where that place is and I'll probably never get to try their tempeh ribs, I decided to make my own.

First, you braise the tempeh in a smoky, savory broth. I got the idea for that from this tempeh cutlet recipe, which I made, and it was great. For my ribs you'll braise the whole block of tempeh in one piece! Then you'll pan-fry it in a little bit of oil to get it crisp. 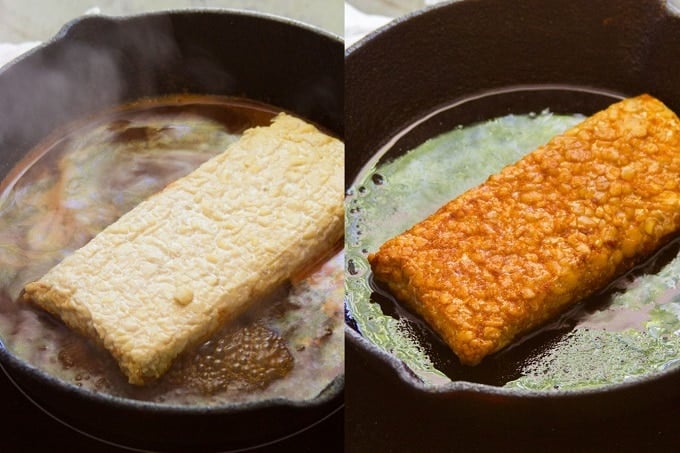 While the tempeh cooks, simmer up some barbecue sauce, then slather it all over your tempeh. 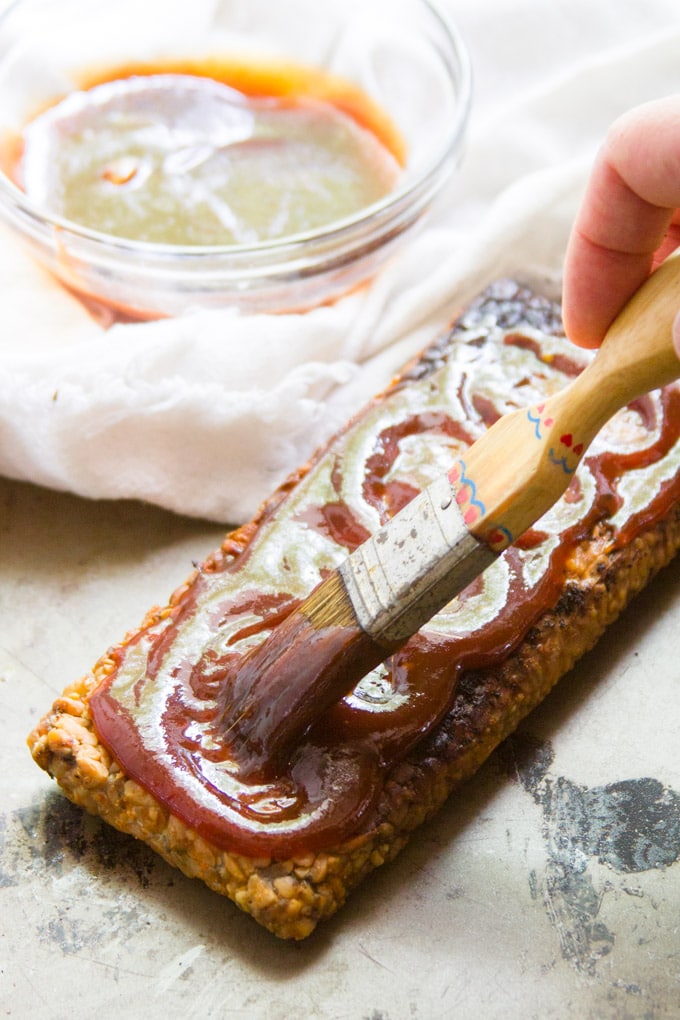 I baked my ribs because I've yet to open the barbecue grill for the season, but you could grill yours if you like. 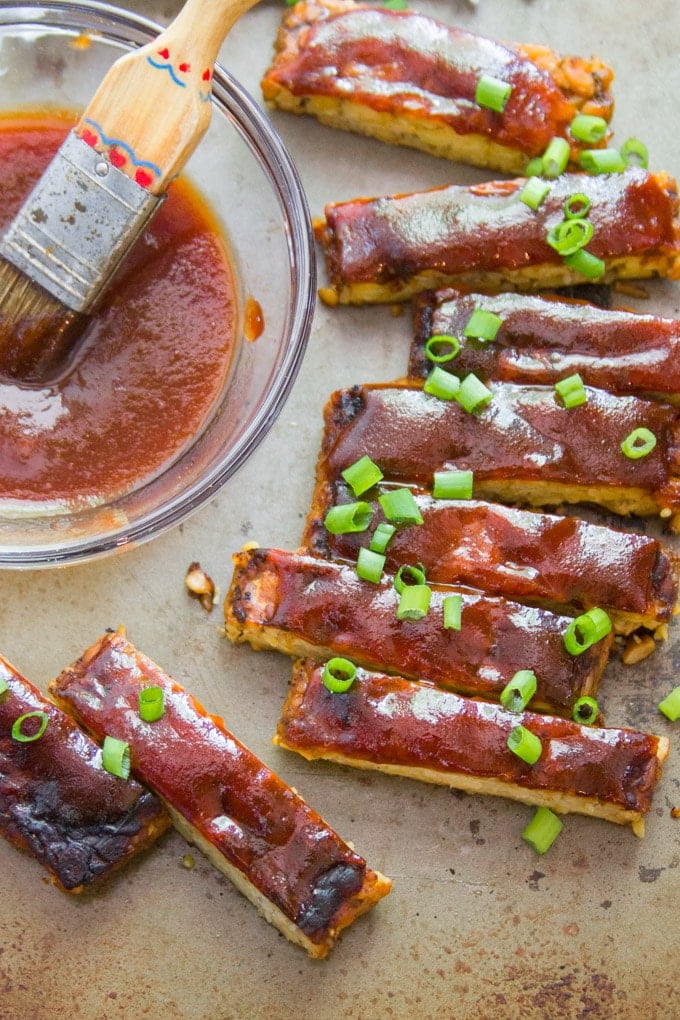 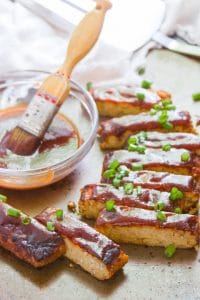 Smoky, savory, and slathered in sweet and zippy homemade barbecue sauce, these barbecue ribs are made from tempeh! Cook them in the oven or on the grill for a meatless summer feast!

For the Barbecue Sauce