These spicy vegan nacho burgers are made with lentil patties topped with creamy tahini nacho cheese and piled high with your favorite nacho toppings.

Sorry. I can't not make that stupid nacho joke in any post involving nacho anything. Also, in my defense, it did happen. My husband is as big a dork as me.

Anyhow, welcome to installment number two in my series of vegan recipes leading up to the Superbowl, coming from a lady who doesn't even watch it. I thought this would be perfect though.

Here's how this recipe works: the burger is made from lentils seasoned up with Tex-Mex spices, and it's topped with vegan nacho cheese made from tahini, and whatever else you'd put on your nachos. I went with avocado slices, red onions, jalapeño slices, and salsa. Guacacmole would be nice too, but I was feeling a little lazy for that. If you want a guac recipe though, grab one here.

Why tahini cheese? Because it's awesome, and takes two minutes to make. If you're not a fan of tahini, try my nacho sweet potato cheese. It takes a little more effort, but it's awesome and you can use the leftovers for dipping chips while you cheer on your team. 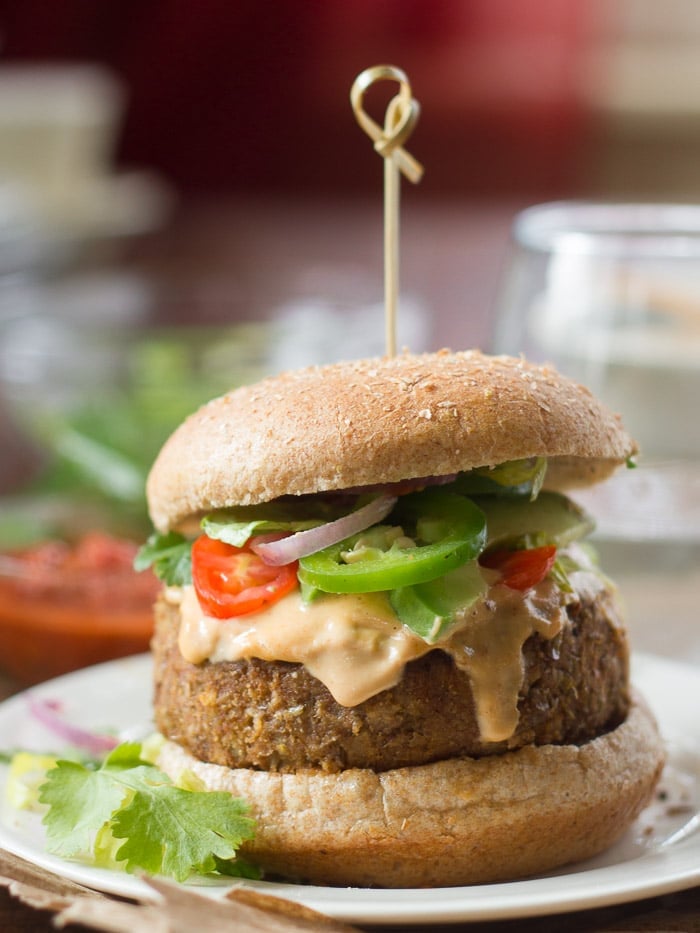 For the Tahini Cheese

I mixed everything up for my burgers with a food processor, but in hindsight I didn't think that was necessary, so the recipe calls for a mixing bowl. You can uuse a food processor if you're inclined to, just be careful not to overblend everything.

Nutrition information does not include toppings other than tahini nacho cheese sauce.