It's a French toast! Nope...it's a waffle! Well no, really, it's a magical combination of both. It's vegan French toast waffles, made from crusty bread slices soaked up in coconut milk batter and cooked up in the waffle iron!

I'm in charge of waffles at an upcoming wedding this summer. It's a small wedding. Probably not as small as mine was, but small enough that I should be able to handle feeding everyone waffles. The thing is, I'm also in the wedding, and I'm not into the idea of walking around for half a day with flour all over my bridesmaid dress. So I did some brainstorming as to what I could do to avoid mixing up waffle batter at the event. Whip it up in advance? I'm afraid the baking soda would loose all it's bubbles and we'd have flat waffles.

I'll be making them again this weekend for Mother's Day and I thought maybe some of you guys would want to do that too. I think mom will love them. 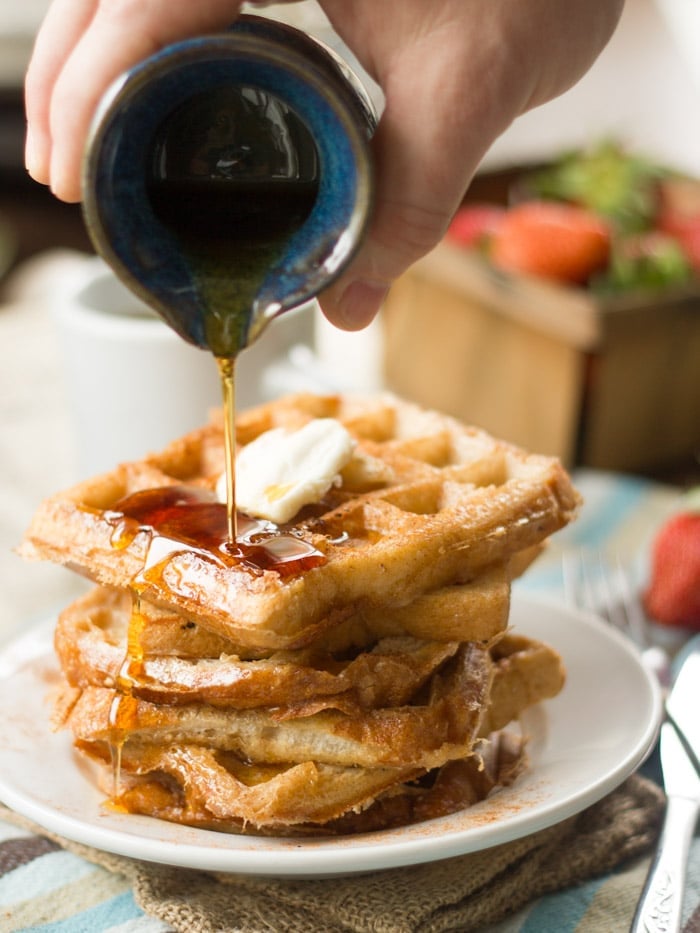 Try to use a loaf of bread that has a relatively square shape and isn't too big, so it fits nicely into the waffle maker.
If you have a round waffle iron you could probably get away with cutting slices of bread to fit, but it might require some experimentation.