I realized after making these that I have a thing for turning non-burger foods into veggie burgers. Check it out: meatloaf, Reuben sandwich, falafel, nachos...

It's also something that I really miss from time to time, and as my husband and I discovered while chatting one day, lots of new vegetarians are apt to eat by mistake before realizing it's totally not vegetarian. So I think lots of us probably have a good deal of attachment to French onion soup. It's obviously not vegan, so no more goofing up in that department.

So maybe some day I'll make a vegan French onion soup that's actually a soup, but for now...burgers!

Lentil patties seemed appropriate, so I went with that and added some savory seasonings.

Then I topped everything with a creamy herbed cashew cheese. You could use some homemade or store-bought vegan mozzarella if you're a real stickler when it comes to French onion soup-themed things, but honestly, the spreadable cheese is delicious and it really does taste French onioney when paired up with the burger and caramelized onions, so you should make it.

My only regret was going with regular old burger buns. How perfect and delicious would these have been on crusty French rolls? Kind of like the croutons in French onion soup, right? But by the time I figured that out I'd photographed and devoured my burgers, so too late. But maybe some nice person will try out the crusty bread variation and let me know how great it is. :) 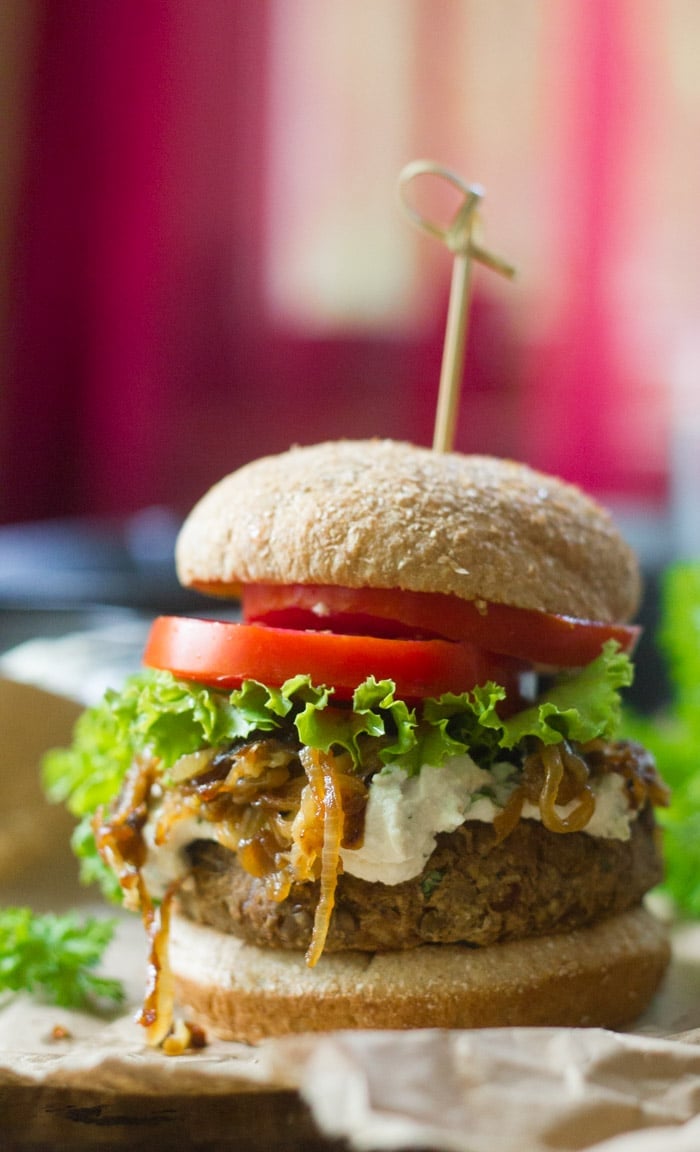 For the Patties and Caramelized Onion Topping

For the Herbed Cashew Cheese

You can use canned lentils, or cook up some dried lentils while the onions caramelize. If using dried, place ¾ cup into a saucepan and cover with about 3 cups of water. Boil until the lentils are tender, about 35 minutes, then remove from heat and drain any excess water. If you forget to soak your cashews, you can just boil them in water for about 15 minutes.