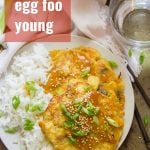 These egg-free Chinese-style omelets are made with a savory batter with tofu, chickpea flour, and a secret ingredient for eggy flavor. Served over rice with gravy, this vegan egg foo young is way better than takeout! 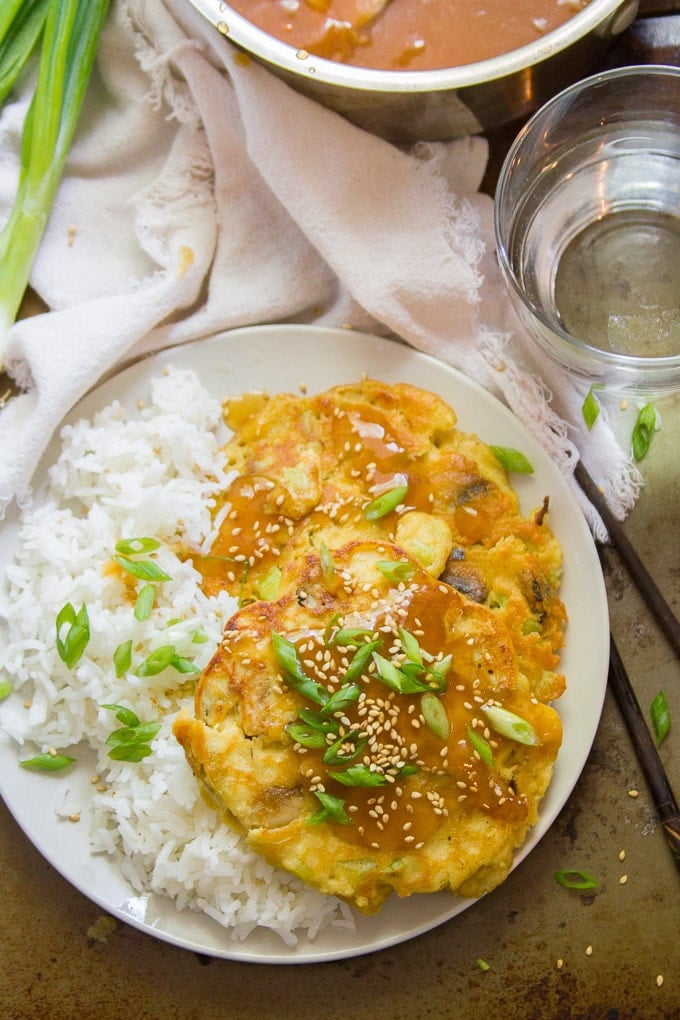 This recipe goes all the way back to spring of 2015. I think that's a record for me! Anyway, I wasn't a fan of the first set of photos, so I put it on the back burner with the intent to remake and rephotograph the dish...sometime soon.  Looks like "sometime soon" means three years and change. Oh well!

I got a little nudge recently when a reader responded to my vegan omelet recipe on Facebook by asking if it could be turned into a vegan egg foo young. And I was able to confirm with certainty that it could, because I'd actually tried it! And then I decided it was time to get moving and snap some new pics so I could unleash my vegan egg foo young on the world already. 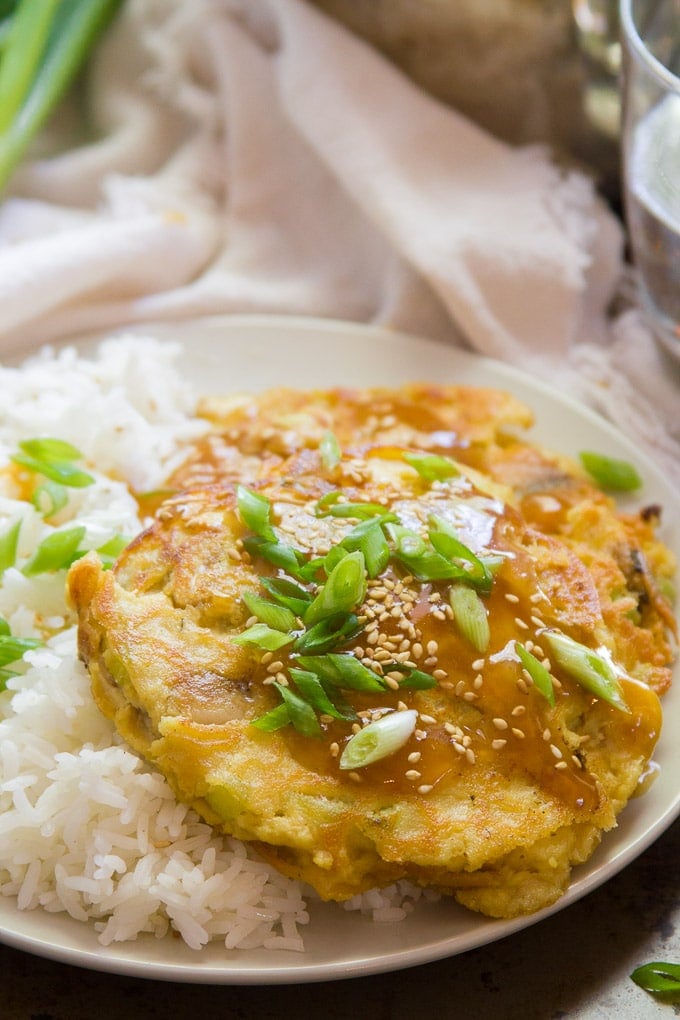 Have you had regular old egg foo young? I was surprised that my egg loving husband had never heard of it before. Basically it's a Chinese-style omelet with a bunch of fillings and savory sauce. So yeah, my husband really dug this one.

And I guess I already spilled the beans: I basically just took my old omelet recipe and added veggies and gravy. Oh, and I went with the suggestion in the notes of that post to add some tofu to the omelet base. It makes things more eggy! Whip everything up in the blender until smooth. 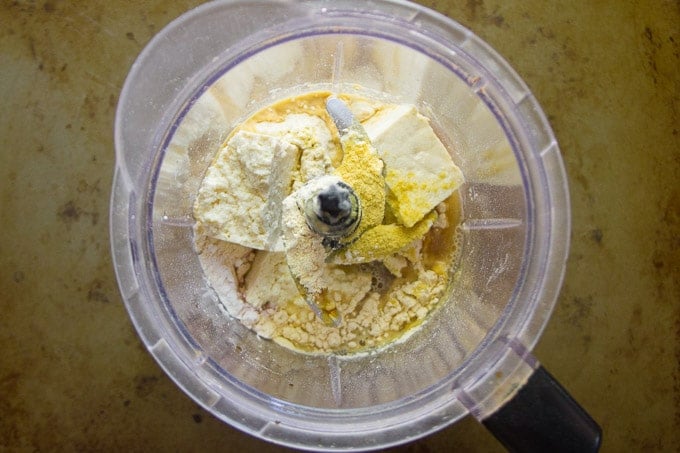 I like to make the gravy first, so it's ready to go when the omelets are done. It's a super simple mix of some veggie broth, sriracha (if you like a little kick), sesame oil, and soy sauce. Simmer for a few minutes, then add a slurry of cornstarch and cold water to thicken the mixture up. 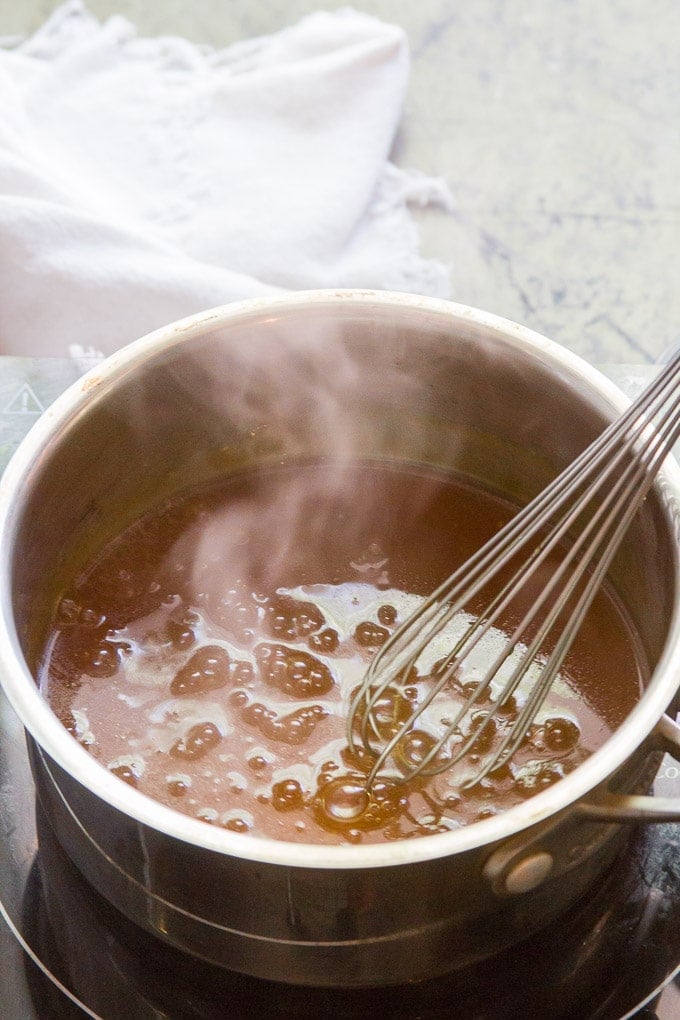 You can use just about any kind of veggies in egg foo young, but I had button mushrooms and celery on hand, so I went with them. It worked great because the mushrooms add savory flavor while the celery adds crunch. The old ugly photograph version was made with julieened carrots and shiitake mushrooms, so I can confirm that they work well too!

Cook the mushrooms first in some oil. Resist the temptation to stir-fry them! Just let them sit in the skillet in a nice even layer. This is how you get them to brown.

Out with the mushrooms and in with ginger and garlic. Then in with the celery for a quick stir-fry. 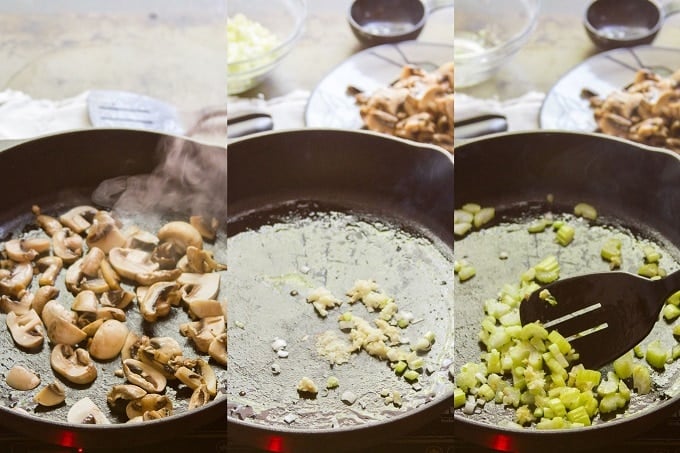 Transfer your veggies to a bowl and mix them with your omelet base. 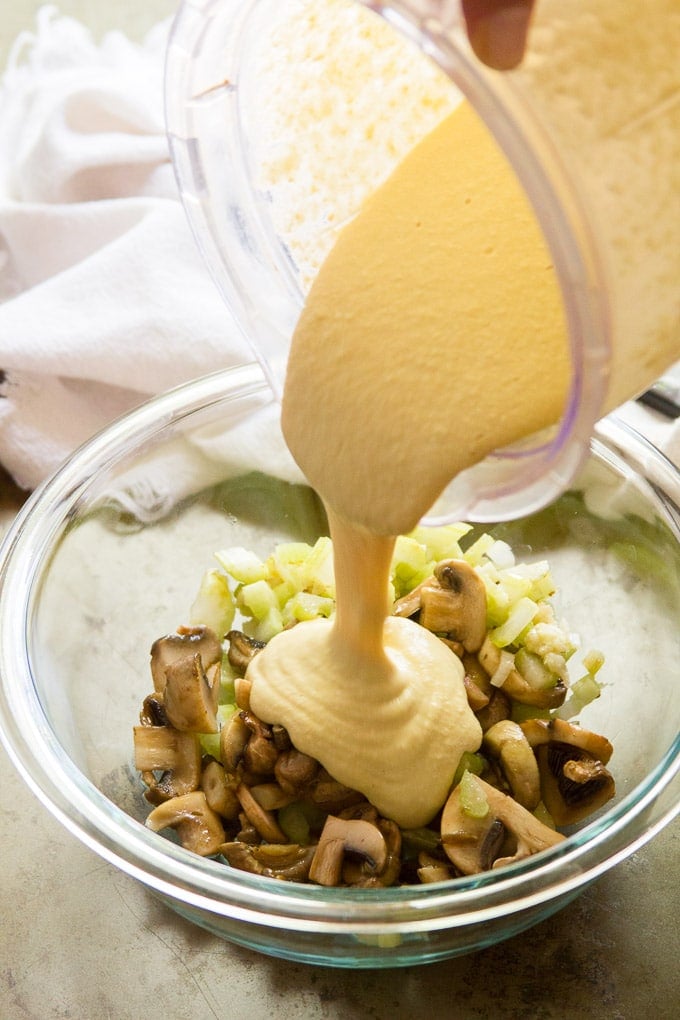 Next, heat up an oiled skillet and drop a bit of the batter onto it. Let it cook for a few minutes, until you see bubbles in the center and they very gently flip the whole thing! Cook a few minutes more until it's browned on both sides. 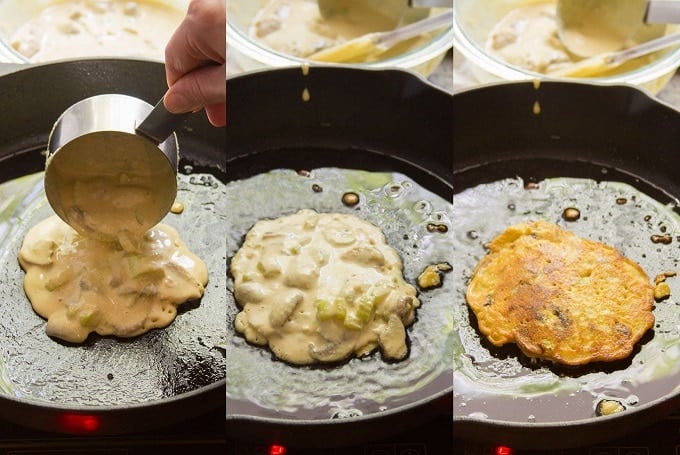 Drizzle with gravy and serve with rice. 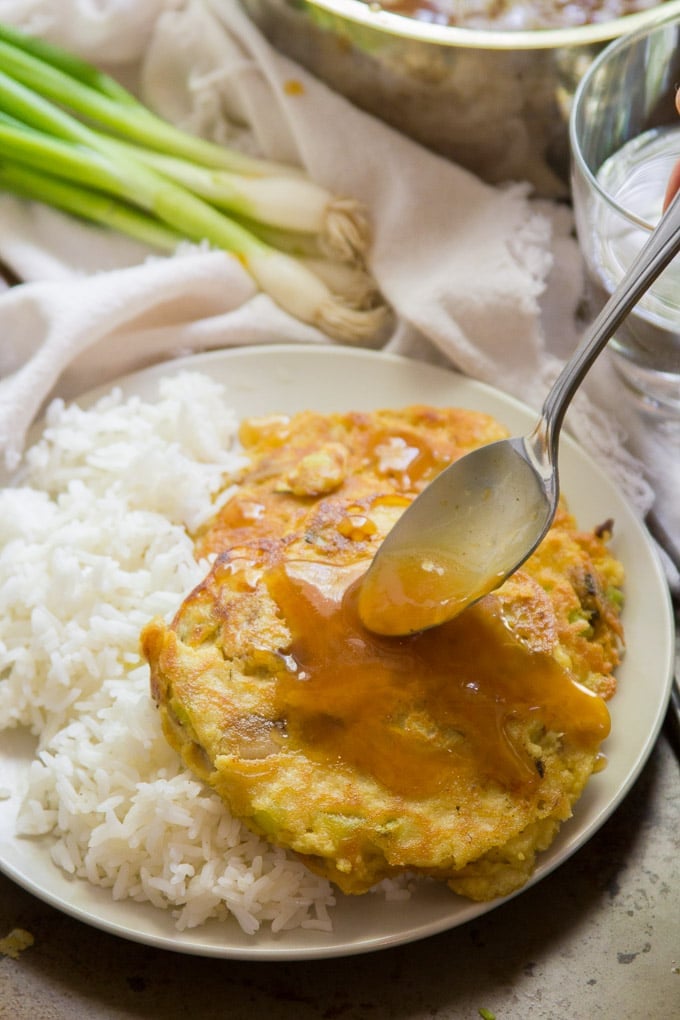 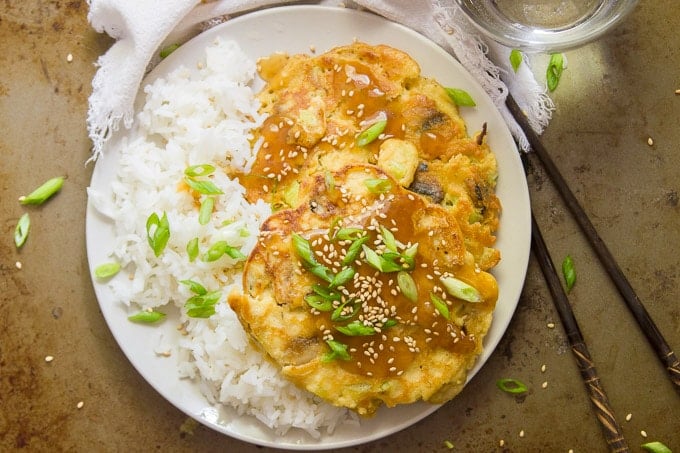 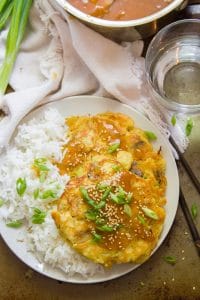 These egg-free Chinese-style omelets are made with a savory batter with tofu, chickpea flour, and a secret ingredient for eggy flavor. Served over rice with gravy, this vegan egg foo young is way better than takeout!

To Make the Gravy

To Make the Omelets

Nutrition information does not include rice or sesame seeds.