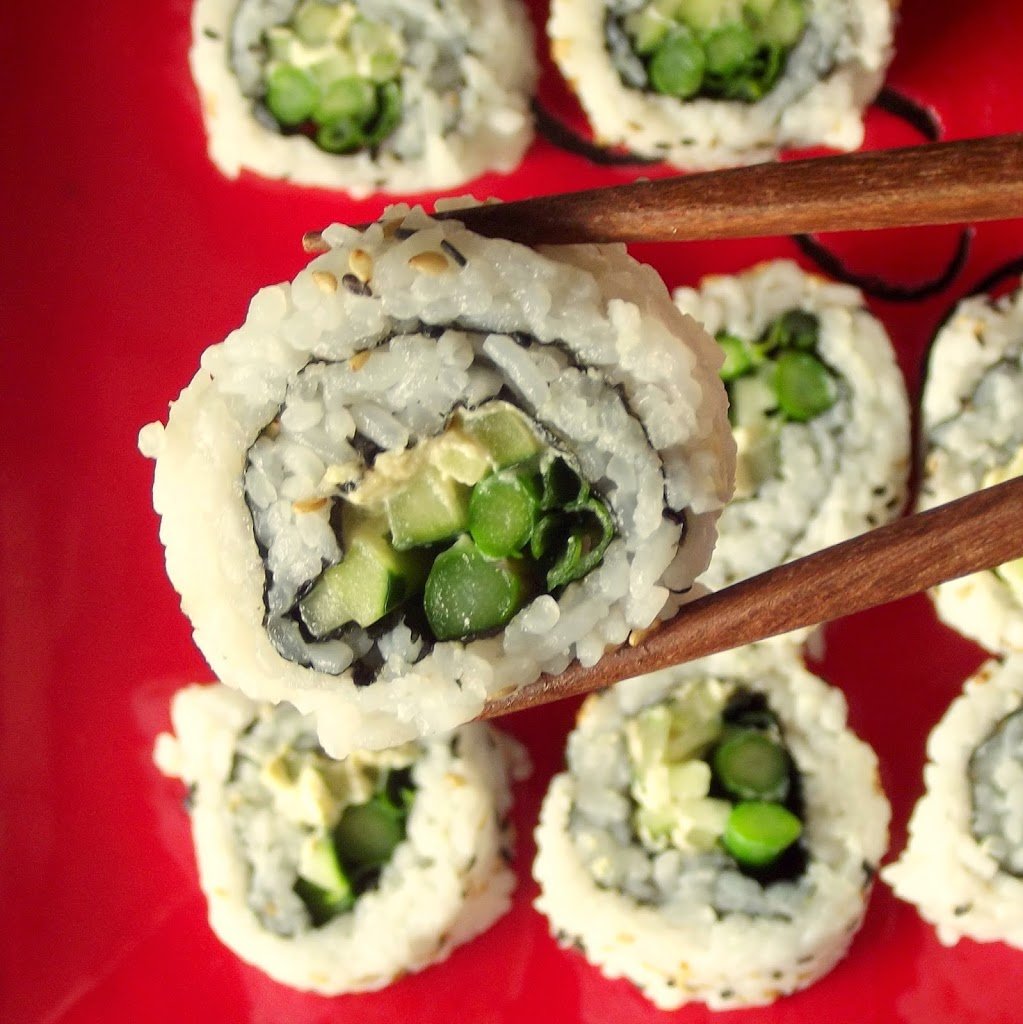 Last summer I posted this recipe for cashew cream cheese. While the stuff was awesome, I never expected the post to be as popular as it was...or still is. The greater part of a year has passed and it still reigns as my top post of all time. I'm guessing more than a few of you shared my hankering for a creamy-goodness slathered everything bagel.

I didn't get around to experimenting with a healthy substitute for the bagel itself, though that task has been stuck on my to-do list ever since the cream cheese recipe was posted. Flatbreads, crackers, tinkering with dehydrators...these are all possibilities I've contemplated. What I did not expect was to find my bagel in the form of sushi. No, seriously, this sushi tastes like an everything bagel. I defy you to try it and contradict me. 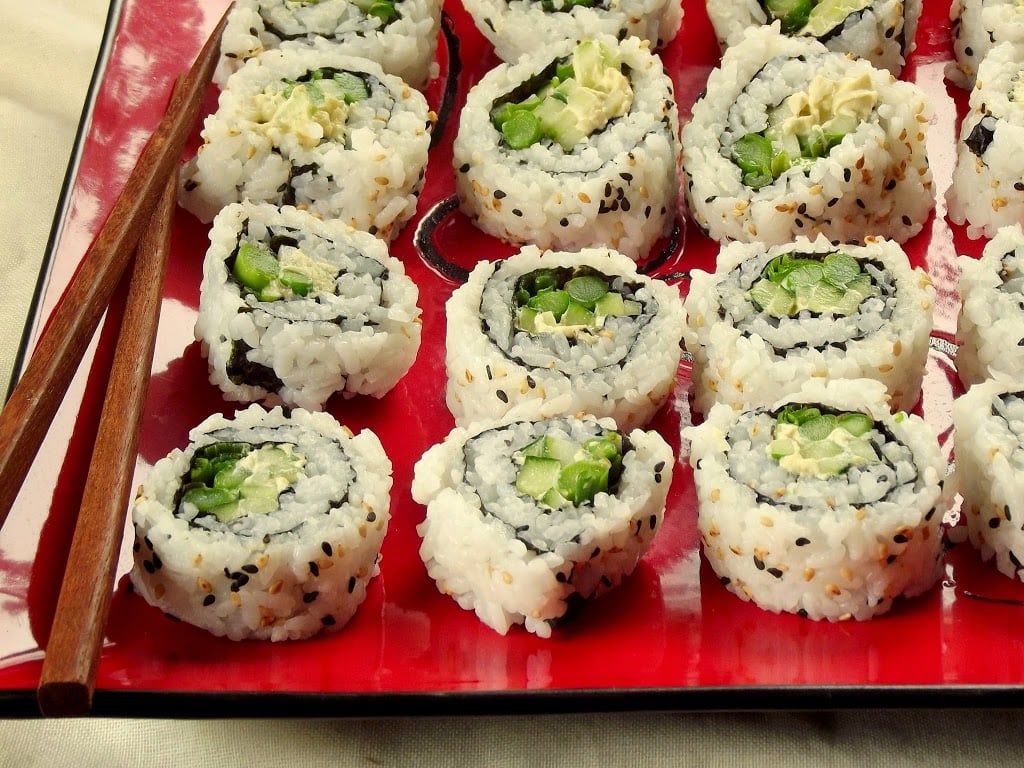 My original motivation for this sushi was simple. One evening while picking up takeout at our local sushi place, the hostess suggested the addition of some cream cheese to our regular mixed veggie roll. Tempting, but we already had several rolls stuffed with tempura-fried delights. Cream cheese would tip the balance just to that unhealthy place we started sushi night in the hopes of avoiding, you know, by opting for sushi in place of say, a big greasy pizza? Tempura or not, sushi generally falls on the light side of takeout in my book.
When I recently decided to have a home-made sushi night one evening, having a batch of freshly made cashew cream cheese on hand, I decided to experiment by adding it to my sushi. The result was an amazing surprise that I'm actually amazed that I didn't see coming. The cream cheese, scallions, rice and sesame seeds mingled in my mouth to recreate just the right hint of that sloppy, cheesy bagel I was once so fond of, but like, in a way lighter and healthier way. Oh, and with wasabi, so way better :)
Once again, I'd like to mention that my instruction below on rolling sushi can't compete with youtube, so if you need some extra guidance check out this video or this one for inside out rolls - I opted for inside out when making this recipe, but that's your call. 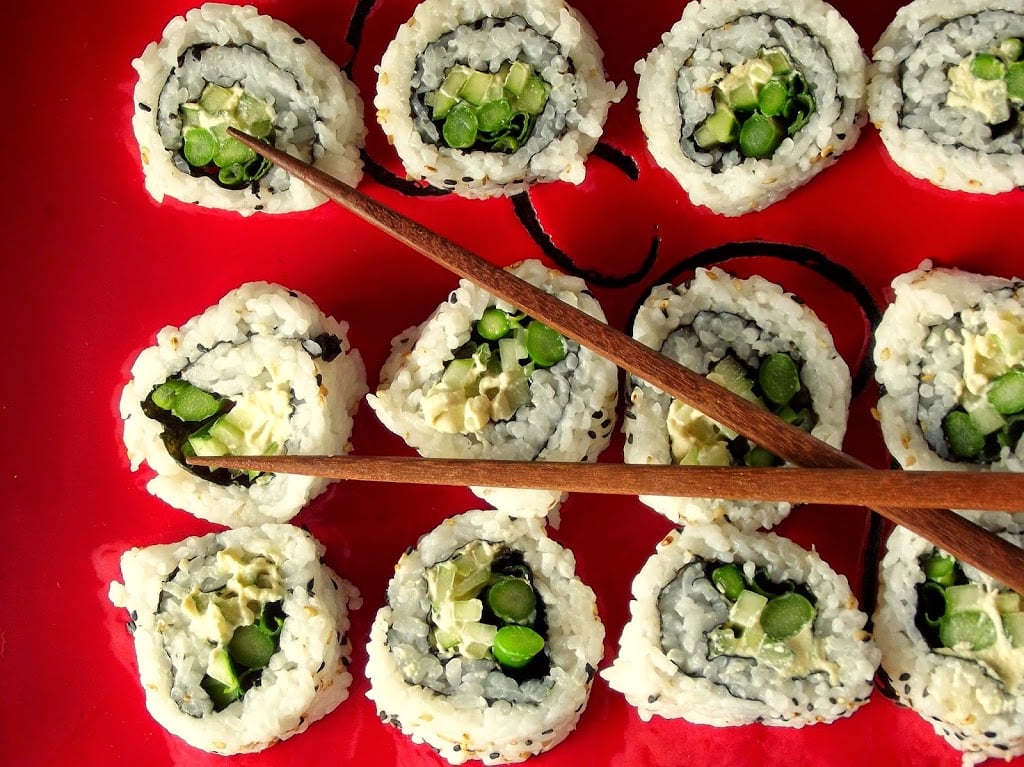 For Rolling and Serving 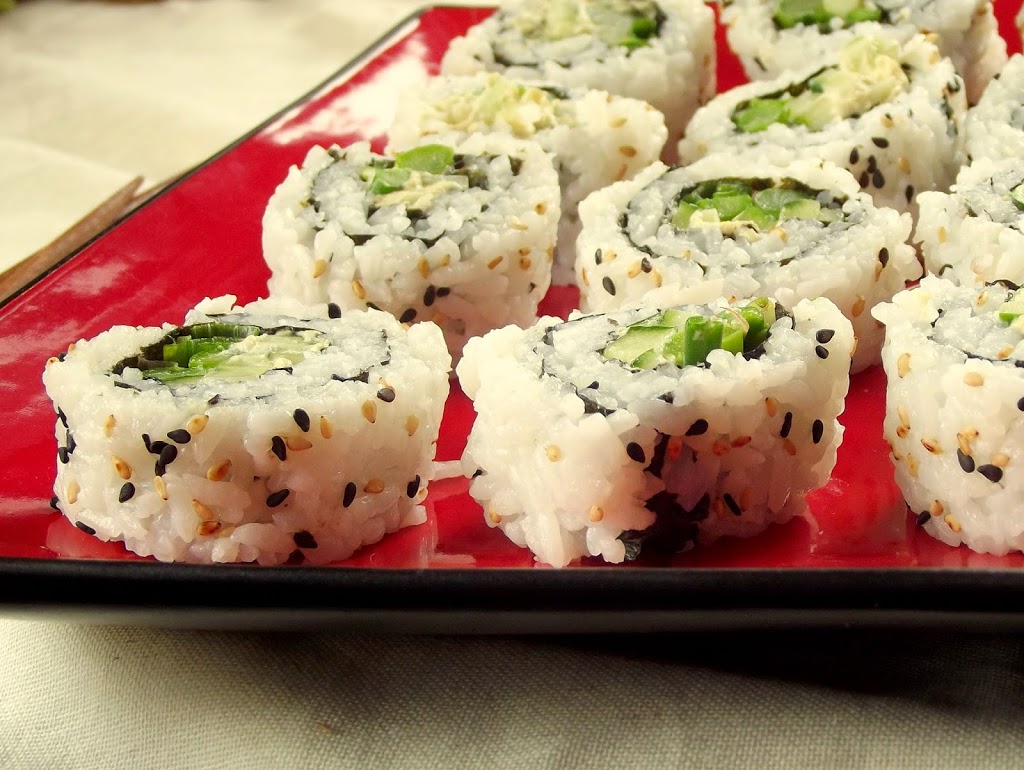