This 100% plant-based and junk food free vegan broccoli cheese casserole will knock your socks off! Serve it in place of your favorite traditionally non-vegan side this year. Nobody will know it's vegan!

Mom, I did it! I veganized our dirty little Thanksgiving family secret. I'm bringing this version this year. You're going to love it. Don't tell Dad and everything will be just fine!

Everyone else, a little explanation: my family doesn't normally do the traditional Thanksgiving green bean casserole. Nope, we discovered something much worse. It's a broccoli dish that we refer to as a "casserole" even though it's not actually baked in the oven. By "way worse" I mean loaded with the most processed ingredients you can think of, including a bottled cheesy saucy that might not have any actual cheese in it, come to think of it. That would make sense, given the fact that this dish was way easy to veganize.

So, what exactly is this stuff? Like I said, it's not baked in the oven, so it's not a casserole. My husband disagreed with my decision to call it a "stew," so I'm sticking with casserole, even though it's not.

Now, I'm not going to lie. The original, uber-processed, super classy version of this dish is something I think we, in my family, all hated to love. There's a reason it became a tradition we haven't been able to shake since the mid-eighties. It's frighteningly addictive.

How does the vegan version stack up? Amazingly! Seriously, it was delicious, shockingly cheesy, and maybe just as addictive as the original, with one difference: I felt way better after downing a full plate of this version. It's every bit as tasty, just cleaner. With broccoli, rice and mushrooms in a cheesy base of potatoes, carrots and dairy-free milk, you could even get away with making a meal of this stuff. 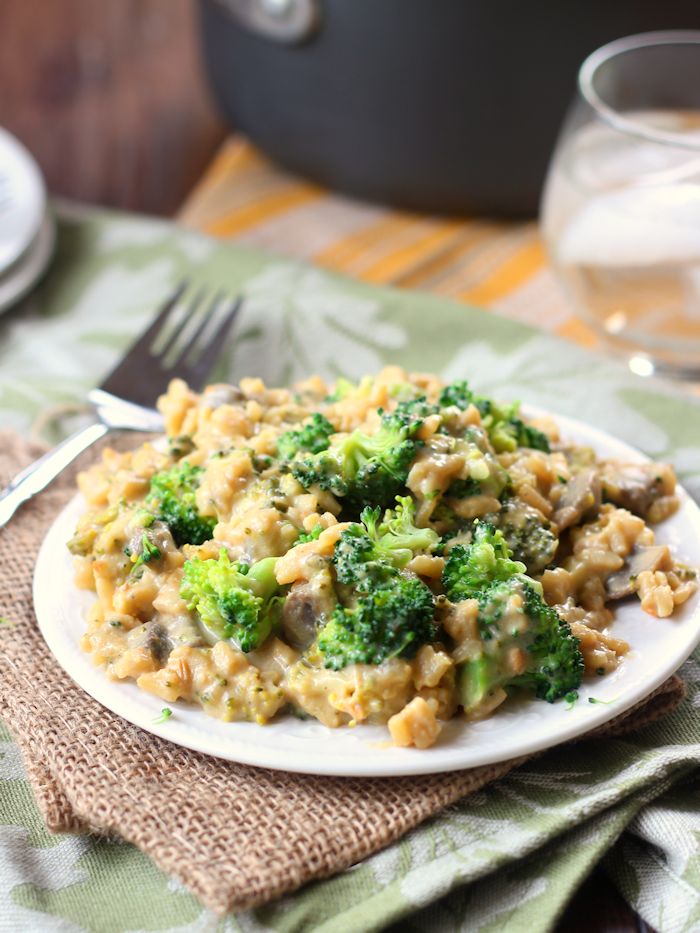