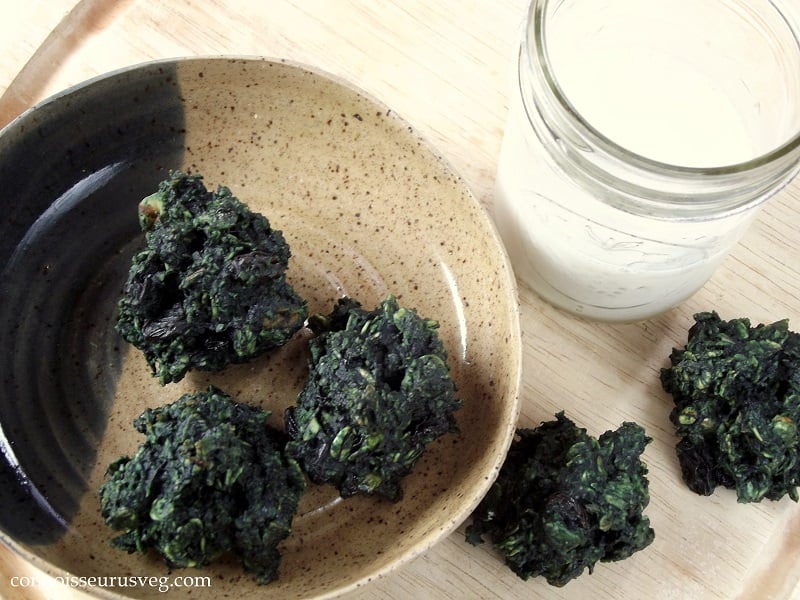 My initial name for these was "Iron Woman Cookies." I can get a little iron deficient from time to time, and I read that spirulina is one of the best vegetarian sources or iron. They turned out so incredibly green that I thought, no, I should name them "Hulk Cookies." Which name to pick? Well, they do call spirulina a superfood, so how about the all encompassing "Superhero Spirulina Cookies"? Sold!

Now, a couple of disclaimers. First, even though I call these cookies, please don't make them if you're looking for a Mrs. Field's-style sweet tooth fix. They are cookies in that somewhat sweet, soft, munchy with nuts and raisins sense, but the object is to satisfy and get something very healthy into your belly. This is why I've filed them under "snacks" as opposed to "sweets." 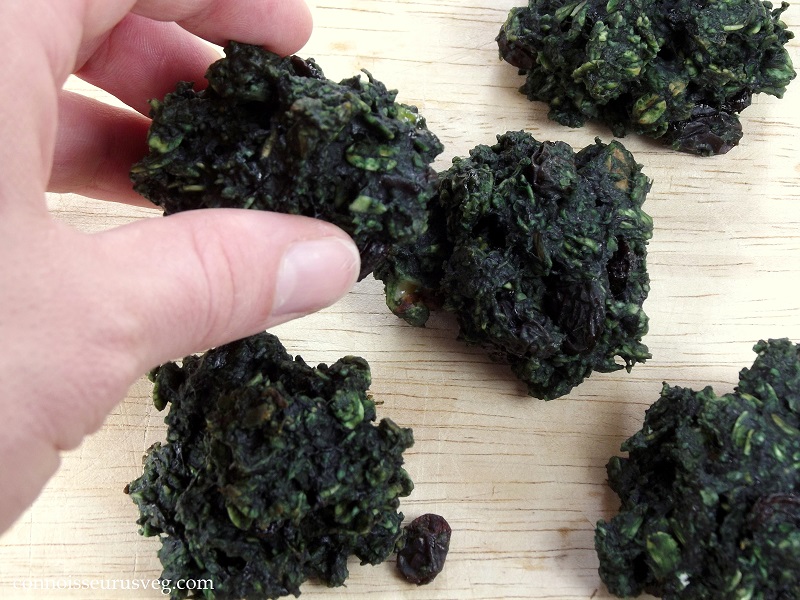 Second, I just called spirulina a superfood. I don't really buy this. In sense I do, but I think the term is a little deceptive in that people think the food has magical powers that will make you live forever. What I do believe is that if you eat lots of foods like blueberries, broccoli, green tea and spirulina, odds are you're gonna be stronger and live longer than if you eat lots of foods like Big Macs and cheesecakes in lieu of said "superfoods." That's about it. What I've given you here is one convenient and tasty way of consuming something very good for you, though if you browse around a bit you will likely find that this blog and the entire internet are full of options for consuming all kinds of very good-for-you foods.

As for the spirulina, this stuff can be a bit scary. It is very green. When you cook with it, that green will get everywhere. It's a bit like cooking with beets. Also, it smells a bit like fish food. Not very appetizing. This is because it's actually a single cell blue-green algae. This is also why it needs to be cleverly incorporated into recipes such as this one, though you can also take it in capsule form. If you try to mix it with water and take it as a shot, as I did before engineering these cookies, you will probably be pretty sad. Don't do it! If you want to drink it try a smoothie instead. Maybe I'll send a recipe for one of those your way down the road. It's very potent, and I actually had to do a second take on this recipe due to spirulina's extreme potency. The first batch had four times the spirulina! I guess I was pretty serious about getting nutritious stuff into my body. Anyway, that batch was edible. Not terrible, and like I said, these were never intended to be an indulgent dessert. But really not enjoyable either, and can we really call food nutritious if we get no enjoyment out of it? Not if you ask me. You can taste the spirulina in this batch, but it is perfectly mild. Just a hint...enough to make you feel good about all of the nutrition you're downing, and spirulina is quite nutritious. High in protein, loaded with B vitamins, and a great source of iron. So basically, eat these cookies and you'll be set to save the city! 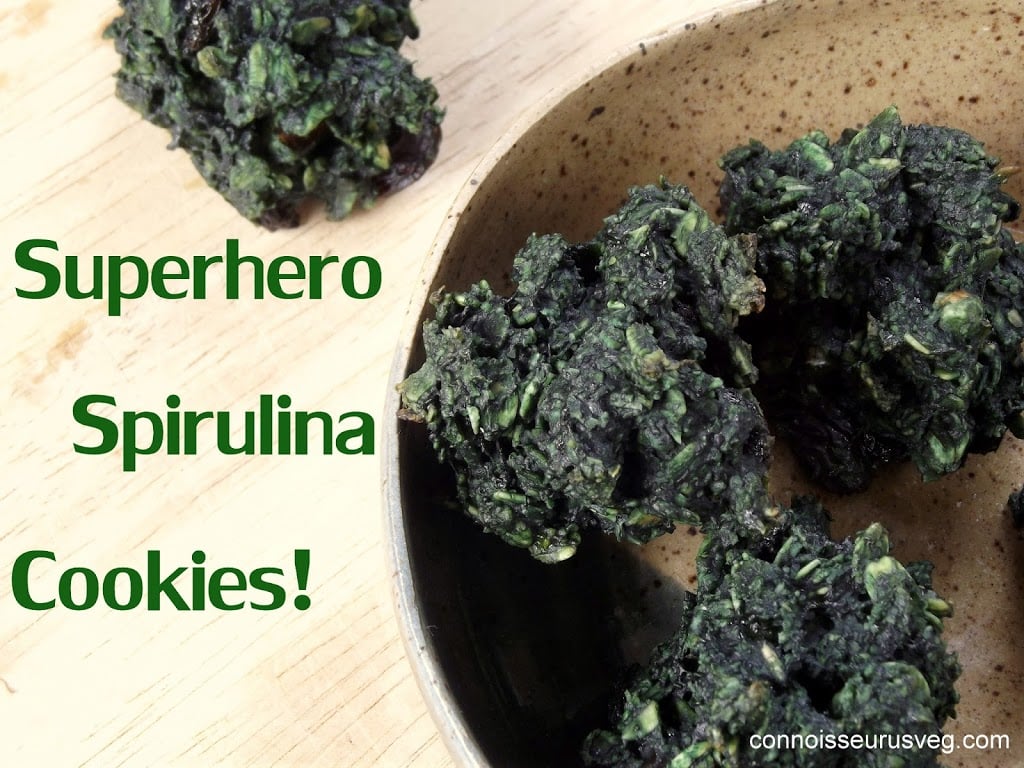 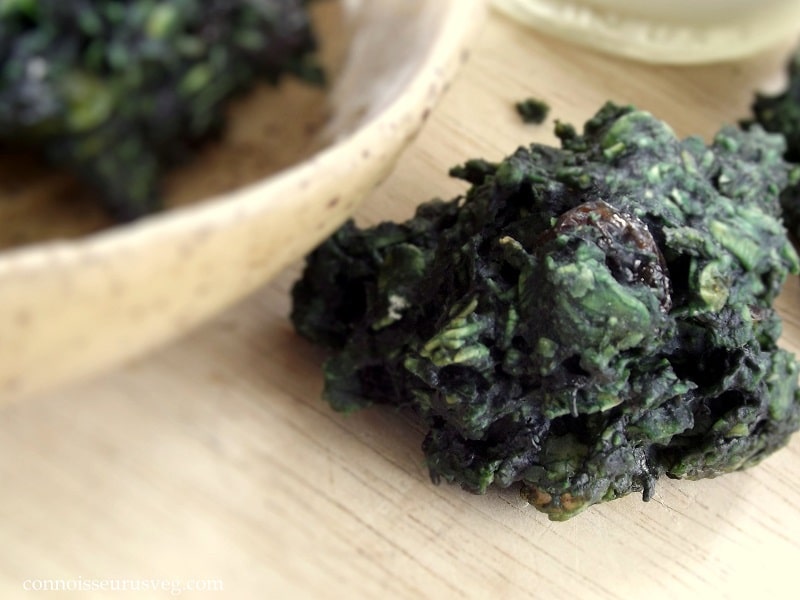