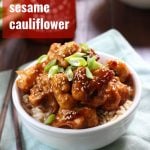 This vegan sticky sesame cauliflower is batter dipped and baked (instead of fried!) before being drenched in a sweet and spicy sesame sauce and served over a bed of rice. 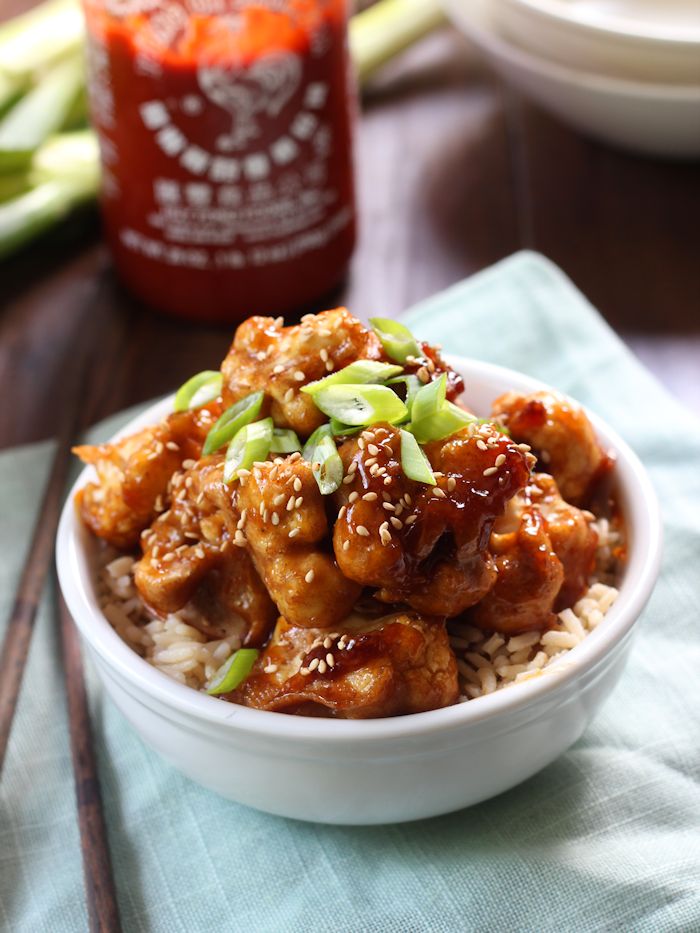 We have a bunch of Chinese vegetarian restaurants in Philly. You guys know of these places? They typically have what appears to be a normal Chinese restaurant menu, but everything is vegetarian, and it's usually crazy good.

I discovered these places about fifteen years ago, and at some point after that I caught part of some public radio broadcast where people were discussing them and how good the food was, how close the taste came to the conventional, meat-based versions of the dishes, and the fact that they were usually made from seitan. Someone said something along the lines of, "Well if you deep fry it and cover it in sugary sauce, of course it's going to be good." I had to agree. 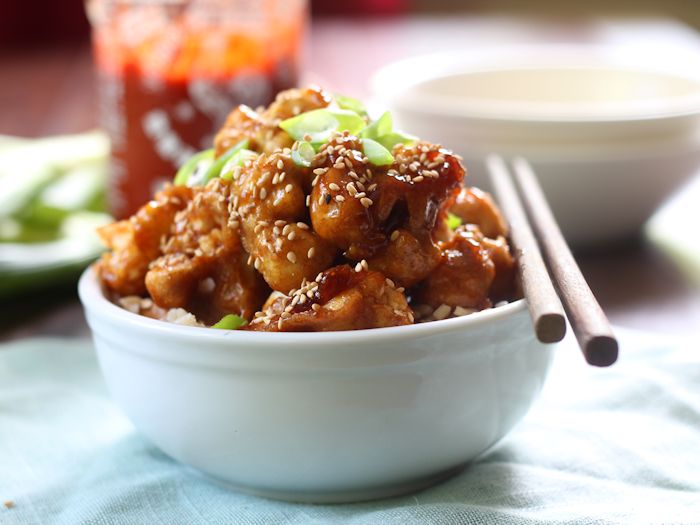 Eventually I discovered that deep-frying wasn't necessary. You can totally fake that. Now I find out cauliflower works just as well as seitan. My head is spinning.

As much as I love cauliflower, I have to say, when you un-fry a bunch of little cauliflower florets and cover them in a super flavorul and (refined sugar free!) just sweet enough sauce, they don't taste like cauliflower, which is okay in this instance.

I think this probably comes pretty close to versions of this dish made with chicken, buuuuuut I haven't had chicken in a long time, so I'll just have to promise that it tastes super good. 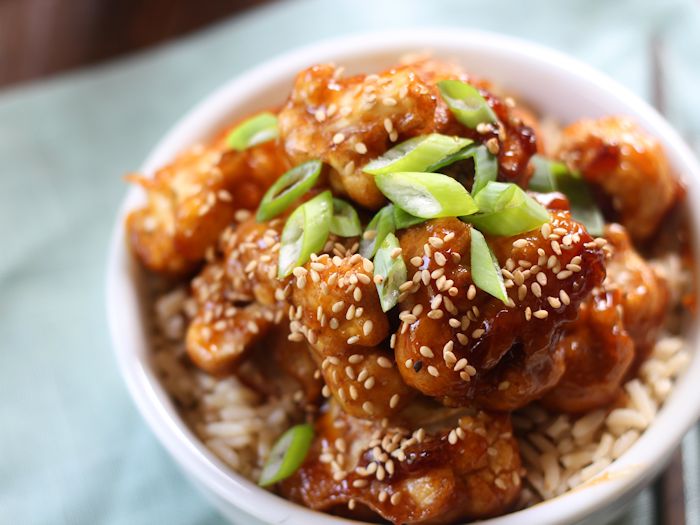 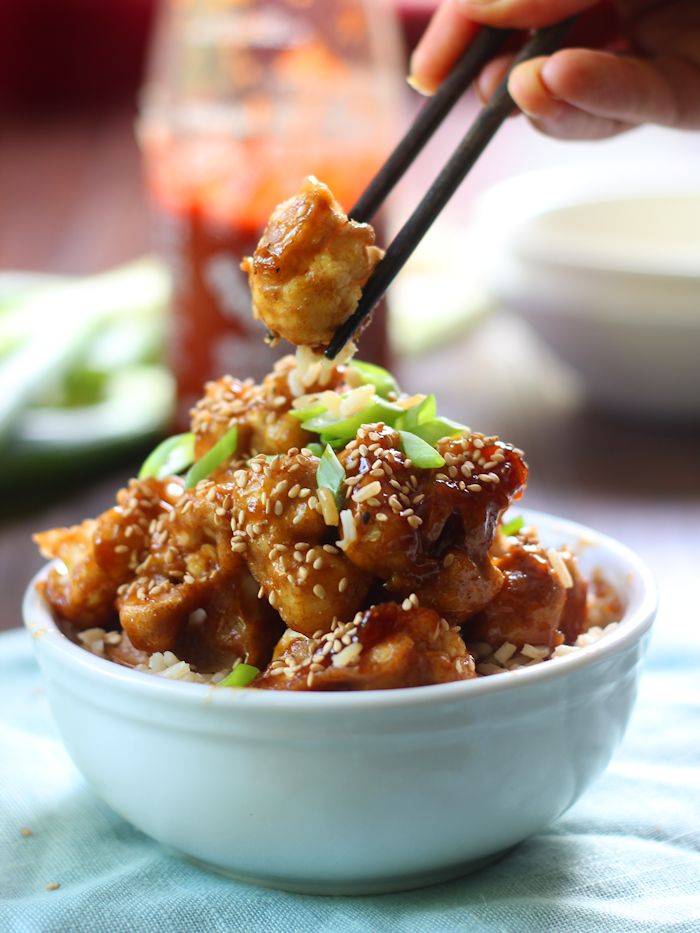 This vegan sticky sesame cauliflower is batter dipped and baked (instead of fried!) before being drenched in a sweet and spicy sesame sauce and served over a bed of rice.
Course Entree
Prep Time 10 minutes
Cook Time 20 minutes
Total Time 30 minutes
Servings 4
Author Alissa

You can also skip the rice and serve the cauliflower as a wing-style appetizer.