Zesty tomato sauce is spiked with red wine and red pepper flakes, and then simmered with a surprise creamy (but totally dairy free!) ingredient to make this pasta with spicy tomato cream sauce. 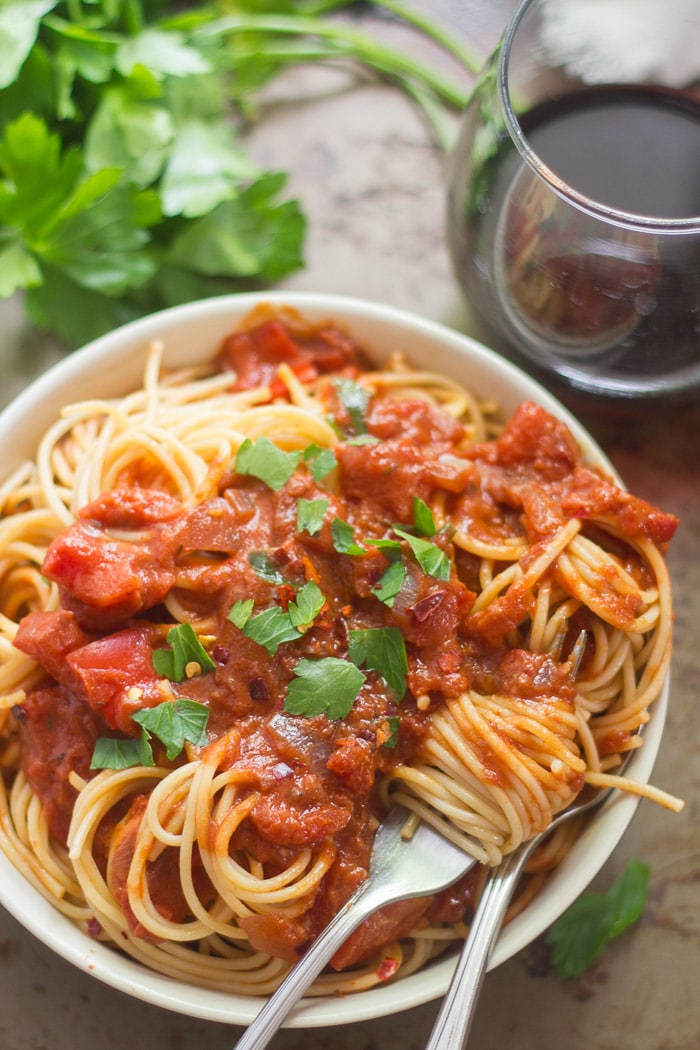 This is a pretty simple recipe, but I'm super pleased with it! I took a little leap of faith in developing this one, and it worked out great.

The sauce has coconut milk in it. I know...it's weird. But trust me on this. 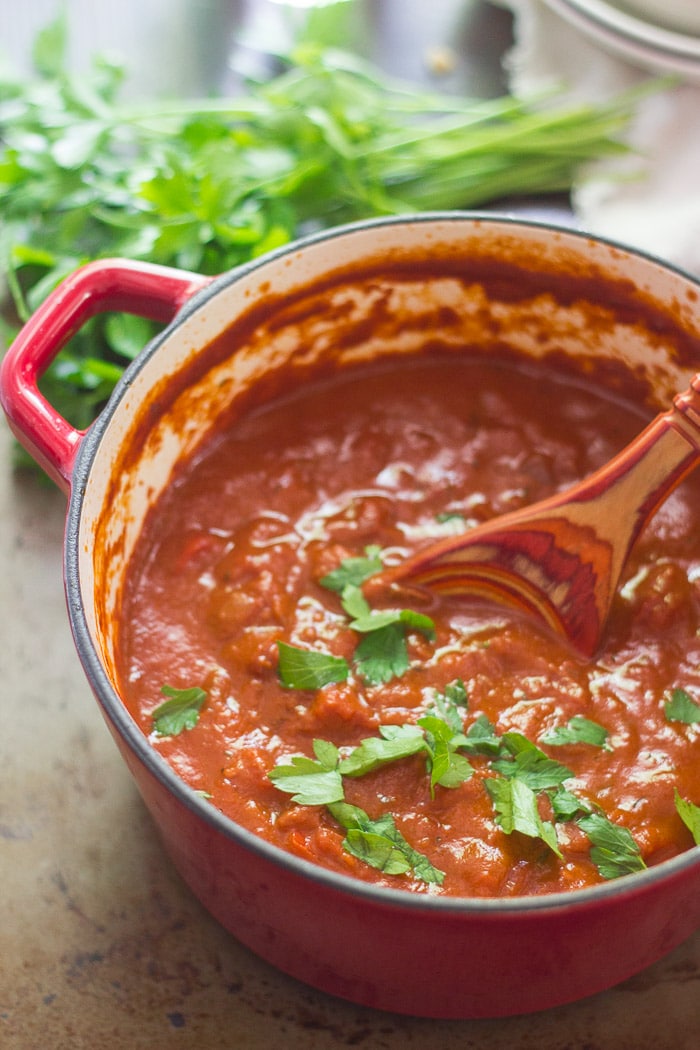 I got it in my head that I wanted to create a pasta dish with spicy vegan tomato cream sauce after seeing this recipe. So of course my first instinct was to go with cashews. I even soaked a bunch of them. But then I got to cooking and there was a can of coconut milk for another recipe sitting on the counter, kind of staring me down and daring me to crack it open and pour the contents into my sauce. So I did. And you know what? If I had made the sauce with cashews it would've been good. With coconut milk it was kind of mind-blowing. 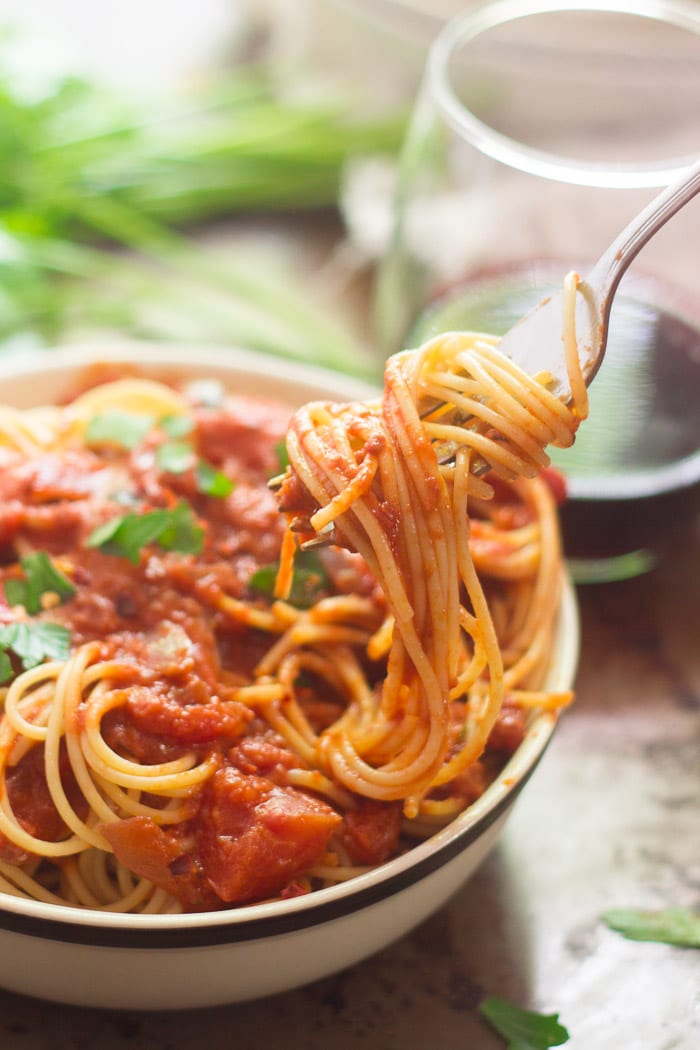 So, coconut milk and Italian food is weird together. But it really, really works! 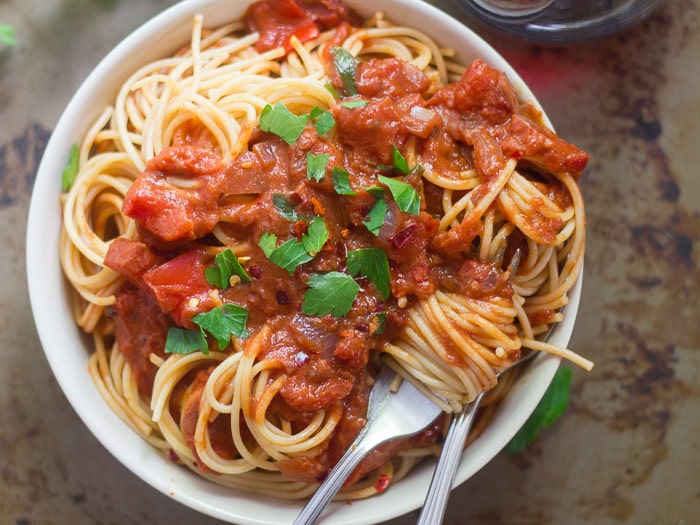 Can you taste the coconut? That's a tough one. I purposely waited until my husband had eaten half of his pasta to tell him about the secret ingredient. He was surprised, but not so much in a shocked kind of way, as in a "now that you mention it..." kind of way. The tomato and spices definitely dominate, while the coconut milk gives the sauce a nice velvety richness. If you're one of those people who hates coconut, this might not be the recipe for you. But if you're just one of those people raising their eyebrows at the general idea of putting coconut milk into pasta sauce just because it's weird, then make this! 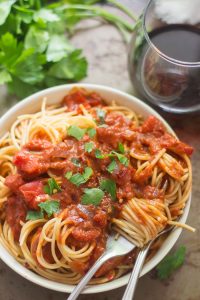