This cauliflower tikka is made by seasoning fresh cauliflower with a mix of cilantro, ginger, chilies and Indian spices, and then roasting it to perfection!

If you're an Indian food enthusiast, you probably know that tikka dishes are usually cooked in tandoor ovens. This is not. I don't have one of those and I'm guessing you don't either. The traditional dish is also chicken and has yogurt in it, whereas my vegan cauliflower version does not, so let's not get hung up on details. It's delicious. Oh, and spicy. Chicken tikka isn't traditionally a spicy dish, but I'm a spicy girl, so that's how my cauliflower tikka turned out. Feel free to adjust that.

As far as how you want to eat this, that's totally up to you. If you were to order the chicken version at a restaurant, it would obviously be the main course. Since this is cauliflower, you could totally eat it as a side dish, but I opted to go the main course route, serving it along side some rice and salad, and it was completely satisfying. Cauliflower is kind of amazing that way - vegetarians swap meat out with it, paleo eaters swap carbs out with it...basically there's not a whole lot it can't do. Cauliflower is out picking up my dry cleaning as I write this. Thanks cauliflower! 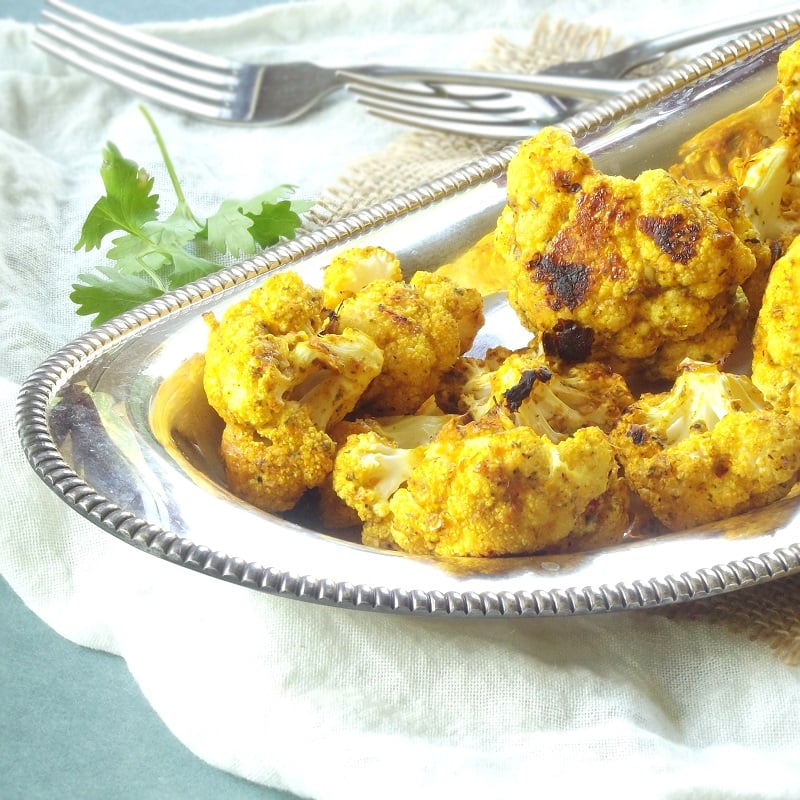