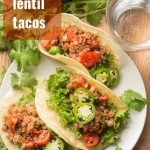 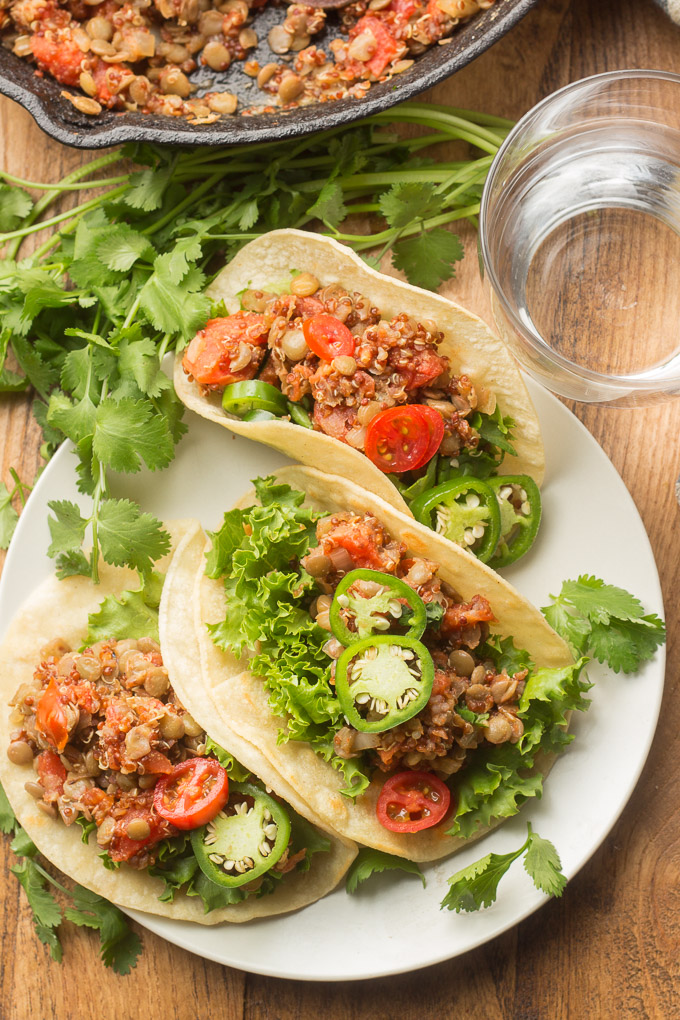 Making vegan “meat” out of quinoa seems to be a big thing in the vegan recipe world these days. And that’s great! Quinoa is hearty and stands well on its own in the protein department, but I’ll be honest: when I tried making plain old quinoa taco meat, I was unimpressed. Something was missing in terms of flavor and texture. How could I fix that?

Lentils were the answer. Aren’t they always? Whether you’re trying to make vegan burgers, meatballs, or even goulash, lentils have your back!

Vegan lentil quinoa tacos turned out to be pretty delicious, and easy to make! And you have the option of cooking your quinoa and lentils in advance, in which case, these tacos come together ridiculously quick. 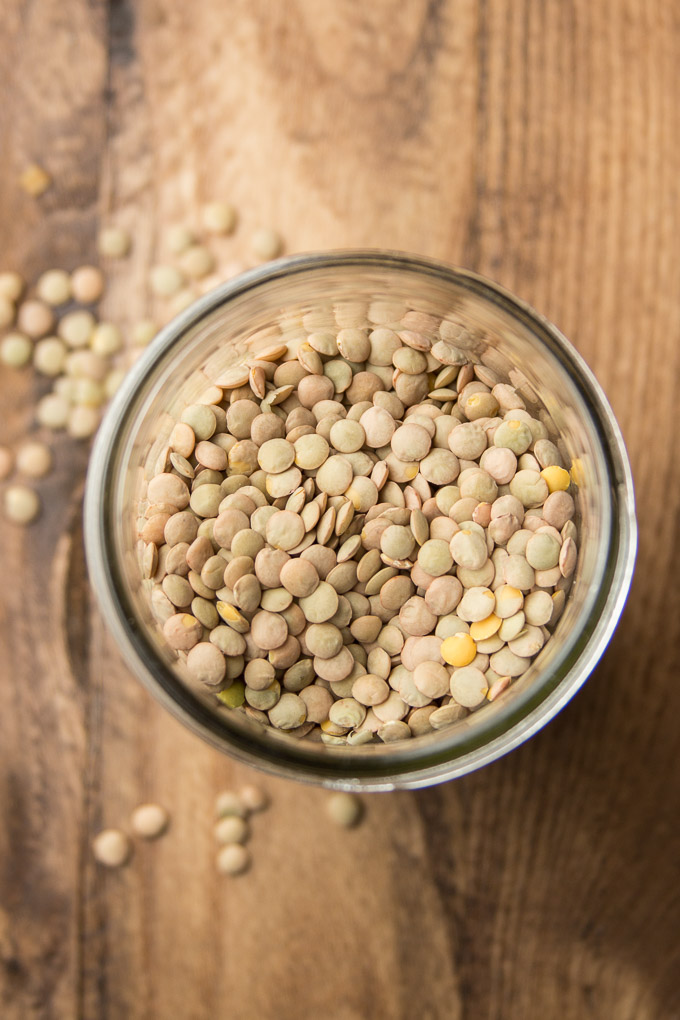 A lot of people seem to struggle with cooking lentils properly. Don’t overthink it! Perfectly cooked lentils are incredibly simple to make.

My method: cover the lentils with a few inches of water, bring it to a boil, lower the heat, and let them simmer uncovered until they’re done. That’s it!

Now for some troubleshooting tops if you’re doing this and finding your lentils aren’t cooking:

And remember, you always have the option of using canned lentils, which are already cooked for you! 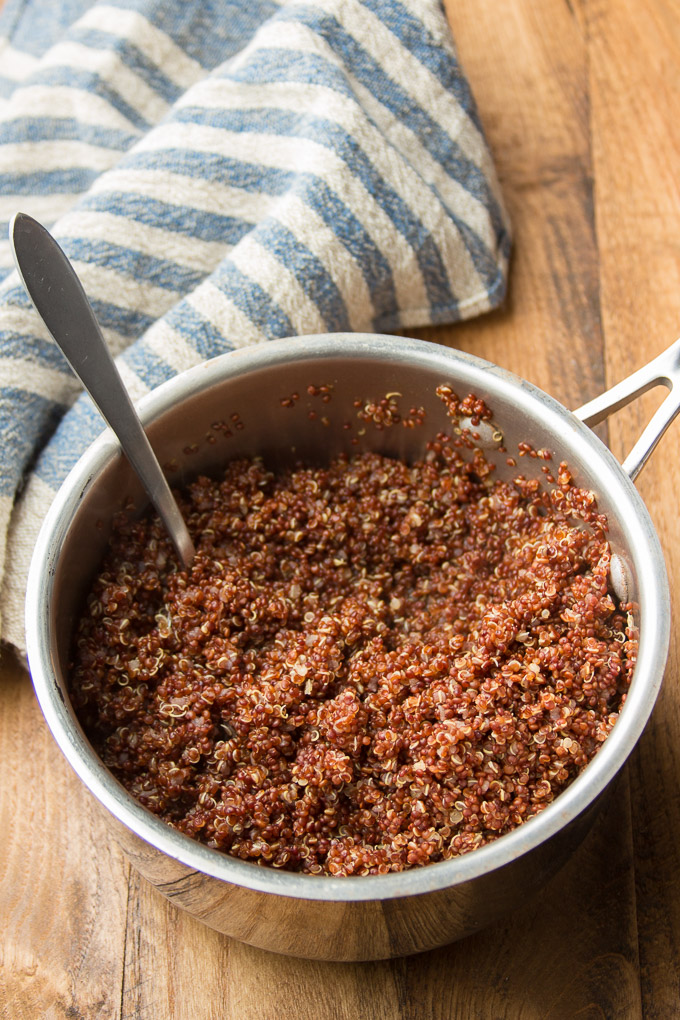 Quinoa requires a bit more work, but it’s also super simple. Simply place your quinoa into a saucepan with broth or water. Use anywhere from 1 1/2 to 2 times as much water as quinoa, by volume. More water will give you softer quinoa, while less will give you firmer quinoa.

Stir everything together, place it over heat, and bring the liquid to a boil. Lower the heat, cover the pot, and simmer for 15 to 20 minutes, until all of the liquid is absorbed.

Remove the pot from the burner and let it sit with the lid on for 5 or 10 minutes.

How to Make Quinoa Lentil Tacos 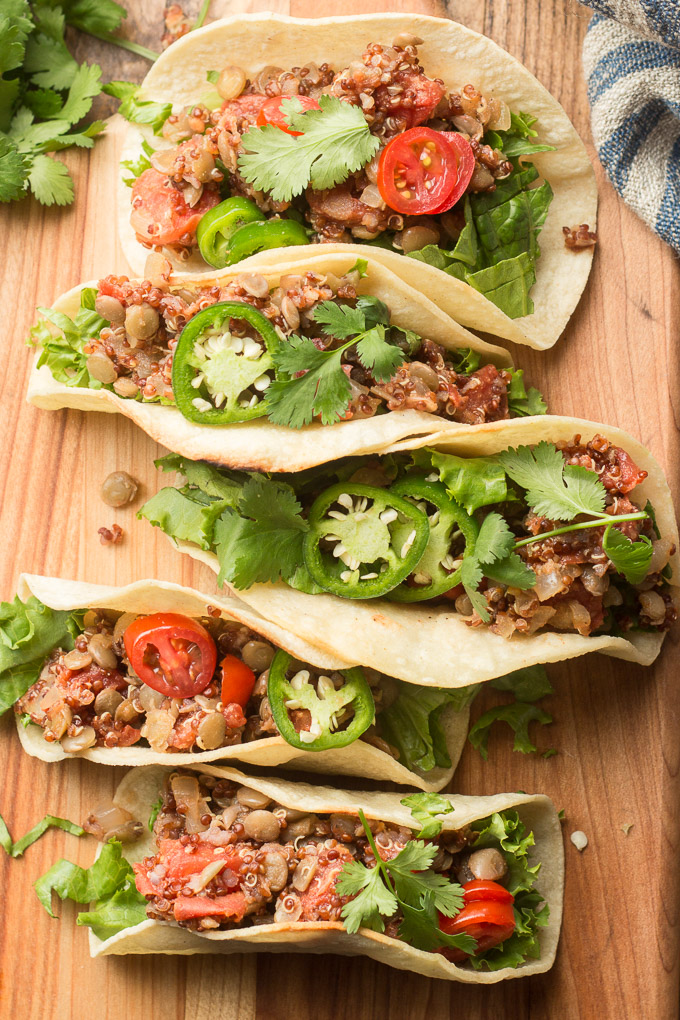 Once you’ve got your quinoa and lentils cooked and ready to go, this recipe comes together in a cinch.

Heat up some olive oil in a skillet, then add an onion. Cook the onion for about 10 minutes, until it softens up and begins to brown. Now add some garlic and spices. Toast everything for about a minute, until it becomes very fragrant.

Stir in your quinoa and a can of diced tomatoes. Bring the juices up to a simmer and let them cook for just a few minutes to reduce. Now you can add the lentils. Stir everything up and let it cook for a minute or so longer, just to heat up the lentils. 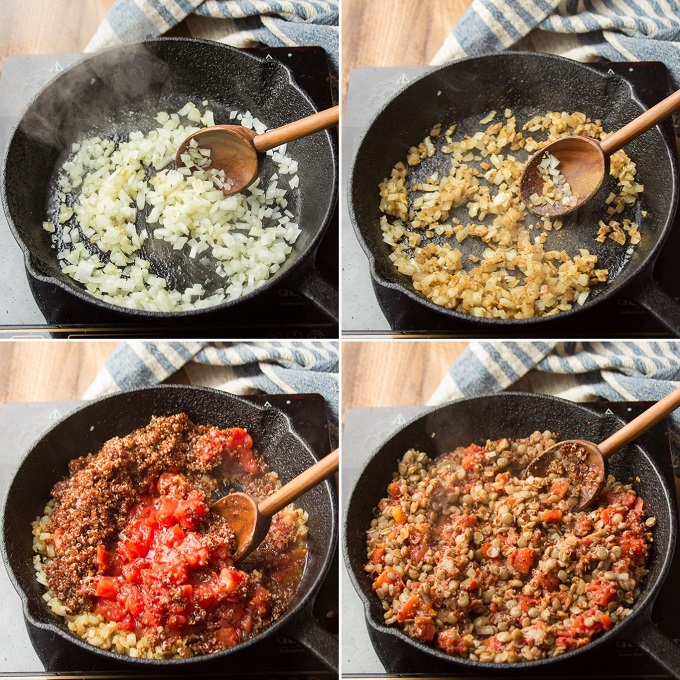 Take the skillet off of the burner and season the filling with some hot sauce (or vinegar, for a milder version), salt, pepper, and cilantro. 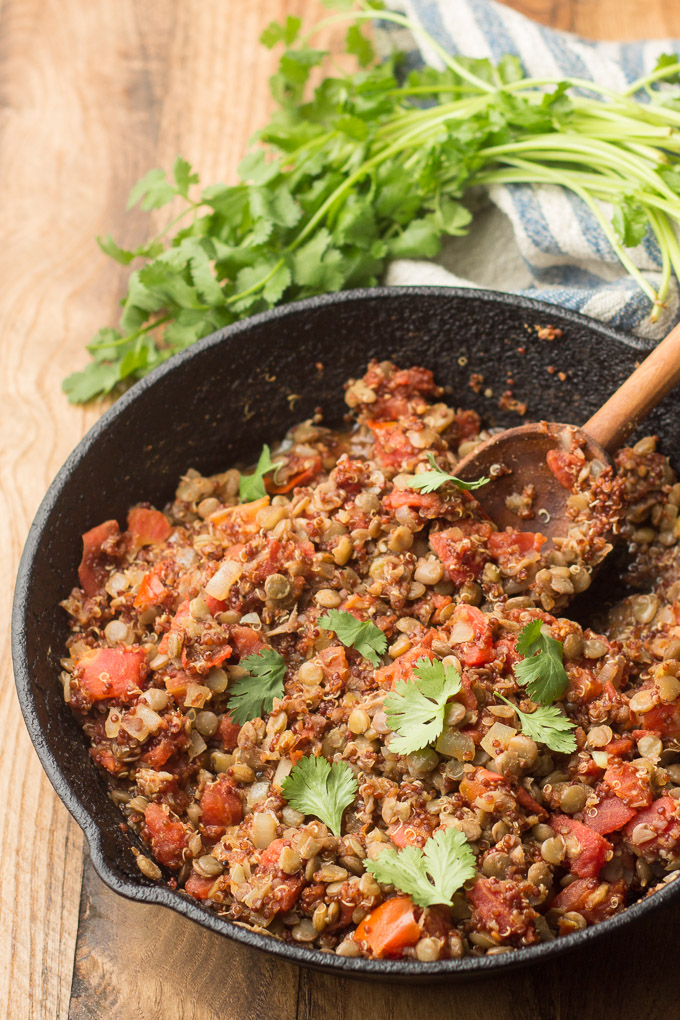 Stuff into shells and dress with your favorite taco toppings. 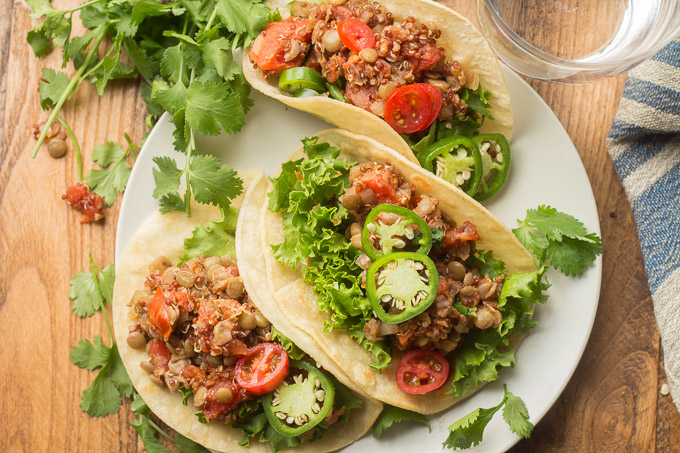