No ice cream maker required! All you need is five ingredients and a blender for this decadent raw vegan chocolate ice cream.

I do own an ice cream maker. It's not the kind of thing I'd ever think to go and buy, just because it takes up kitchen space and isn't something I'd use terribly often. So I never expected to own one, until a few years ago on a trip to the thrift store when I spotted a super cheap, super old, and super pink ice cream maker of the hand churning variety. It was four bucks and I couldn't resist. I made one attempt at using it. Two summers ago I decided to give vegan ice cream a shot. I think I sat at my kitchen table for an hour and churned intermittently while I worked on my laptop. The ice cream turned out not so good. (I blame myself and my recipe, as opposed to the cheapo ice cream maker, which probably did a fine job.)

Anyhow, after that I was kind of over the whole vegan ice cream thing. I decided it was more trouble that it was worth and my four dollar churner would get re-donated to the thrift store and make them another four bucks. Then a friend told me she had some awesome vegan chocolate ice cream made from mere avocado and coconut cream, and it didn't even require an ice cream maker. Now that the weather is warming up, I'm back in business.

I threw a banana into the mix, only because the combo of coconut and avocado seemed a bit heavy. The banana lightens things up and adds some natural sweetness. You can skip it if you prefer to go all out.

Banana or not, what you'll end up with is rich and creamy enough to rival any ice cream I've ever tasted, and it's raw, and it's vegan, and best of all, it's chocolate. 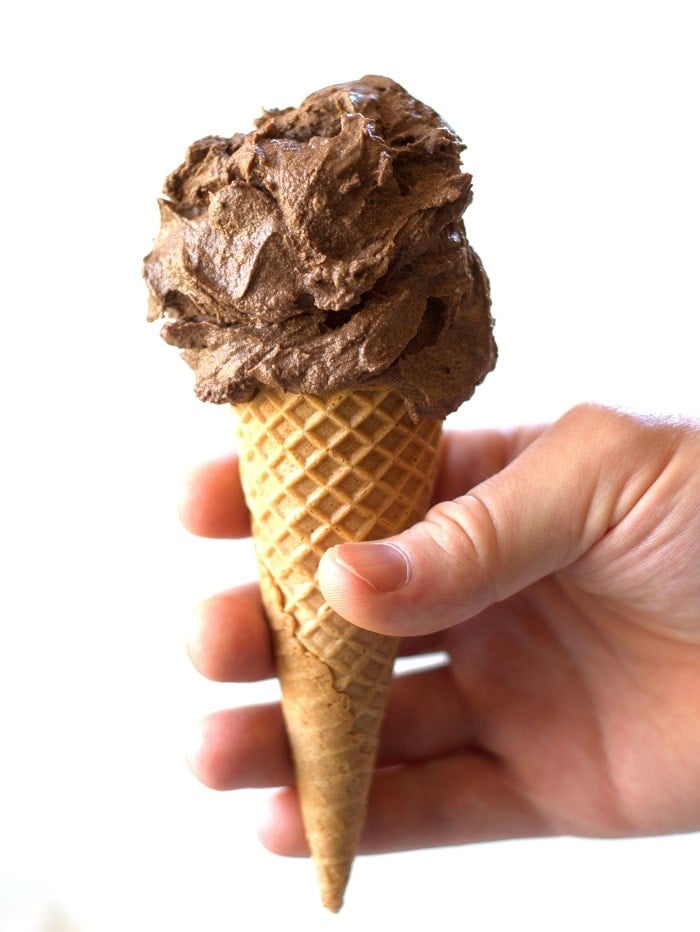