These roasted, marinated portobello mushrooms are soaked in a spicy coconut curry gravy and cooked up to tender perfection. Serve alone as hearty main course or stuff into buns for some flavor-packed sandwiches!

The truth is, I'm always on a curry kick, but some of the heavier curries just don't jive with most (normal) people during the warmer months. But as we say in my house, autumn is coming. So let the curry spree begin.

This one is actually sort of summer appropriate, which is why I'm sharing it now. Even though it cooks up in the oven, which I'm really sorry about, you can eat one of these mushroom as a sandwich or like a big old vegan steak, both of which I find pretty summery. I did both, and both ways were delicious.

These actually turned out totally different than I thought they would, but in a happy accident kind of way. I had it in my head that I'd be making some kind of vegan spin on chicken tandoori, only using mushrooms instead of chicken, coconut milk instead of yogurt, and a regular old oven instead of a tandoori oven. So basically nothing like chicken tandoori, and that's about how much the end product resembled chicken tandoori. But, they were so freaking good. The coconut marinade totally transformed during cooking, into a thick, super-savory, spicy gravy. My husband commented on the meatiness of the dish, which was really uncanny.

So sit back and await some more future curry goodness. In the meantime, give these a try, as a burger or not. If you choose not, hang around for a day or two for a nice accompaniment. 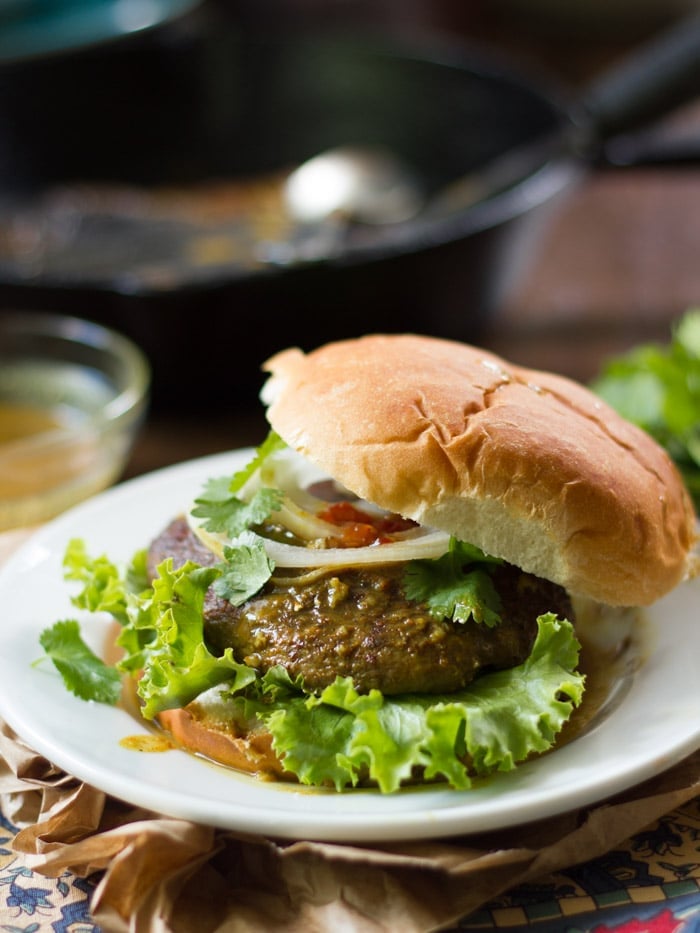 The marinade gets hotter during baking, so go conservative on the cayenne if you're sensitive to spicy foods. You can always add a bit more when serving.