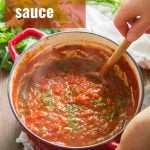 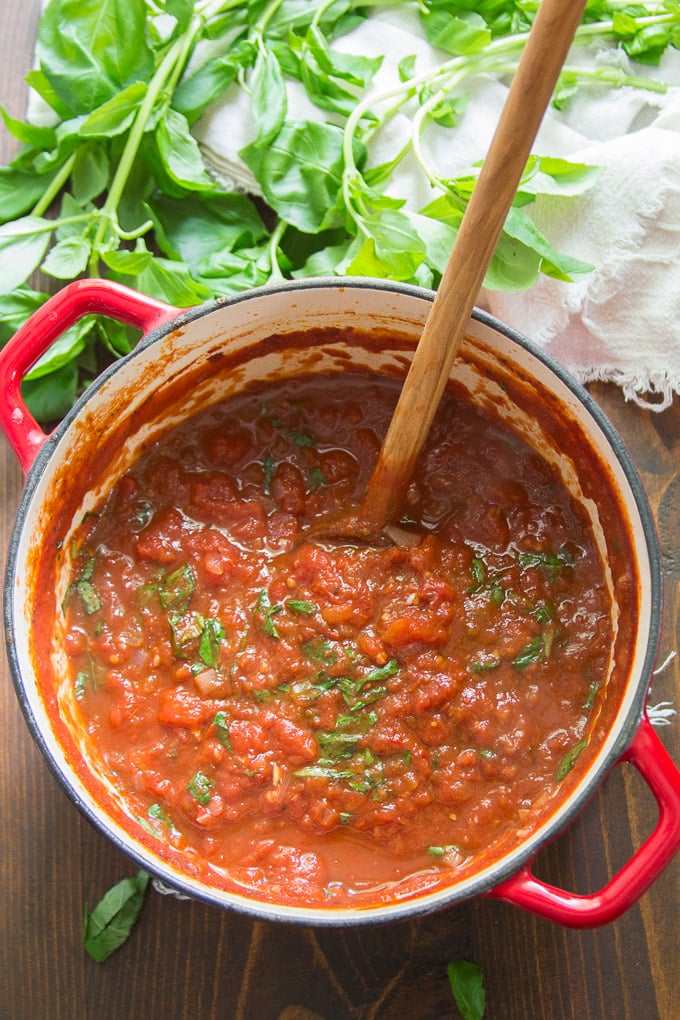 I'm not big on jarred pasta sauces. That's not to say that I never buy them, but when I do, I don't tend to feel very good about it.

My family was pretty serious about their tomato sauce when I was growing up — I don't think I ever even ate the jarred stuff before college. Also, marinara sauce was one of my favorite things to cook when I was a kid. I was totally grossed out by the idea of cooking meat, even before going vegetarian, and a homemade pasta dinner was something I could handle that my family and I would both enjoy. 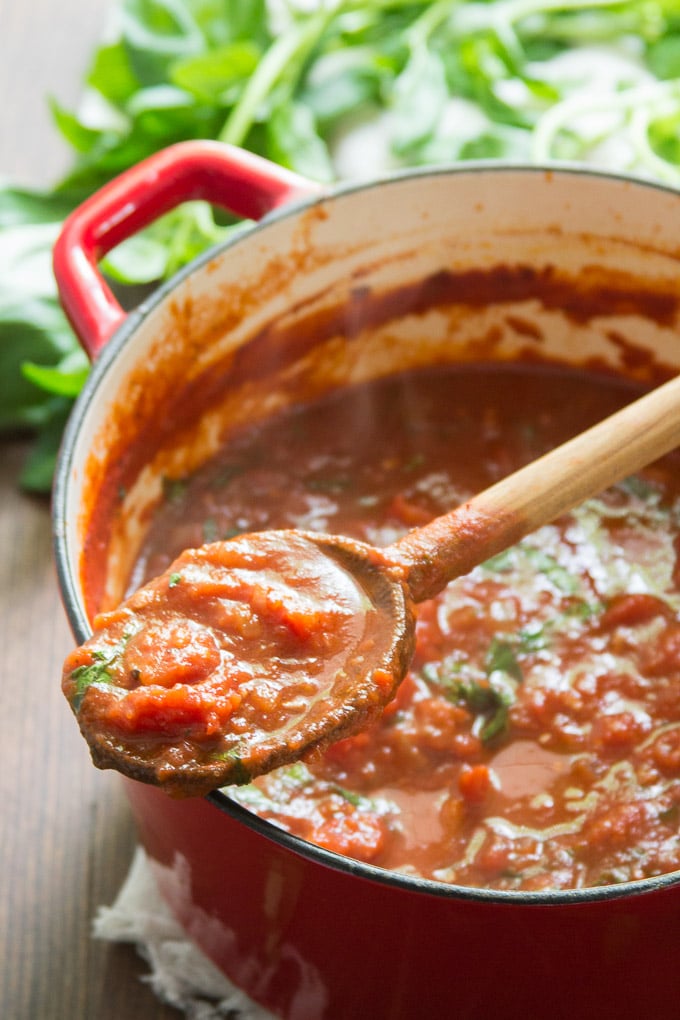 My version isn't exactly traditional. I add a few extras to kick the flavor up a notch. Here's what you'll need:

How to Make Marinara Sauce

Start by sweating some onion in olive oil. Give it about five minutes to soften up before adding your garlic. Cook the garlic for just about a minute, until the aroma begins to hit you.

Next, add your wine. Bring it to a simmer and let it cook until it reduces by about half.

Stir in your tomatoes — both crushed and diced, along with the sugar, oregano and red pepper flakes if you're using them. Bring everything to a simmer and let it cook for about 30 minutes, until it thickens up nicely. 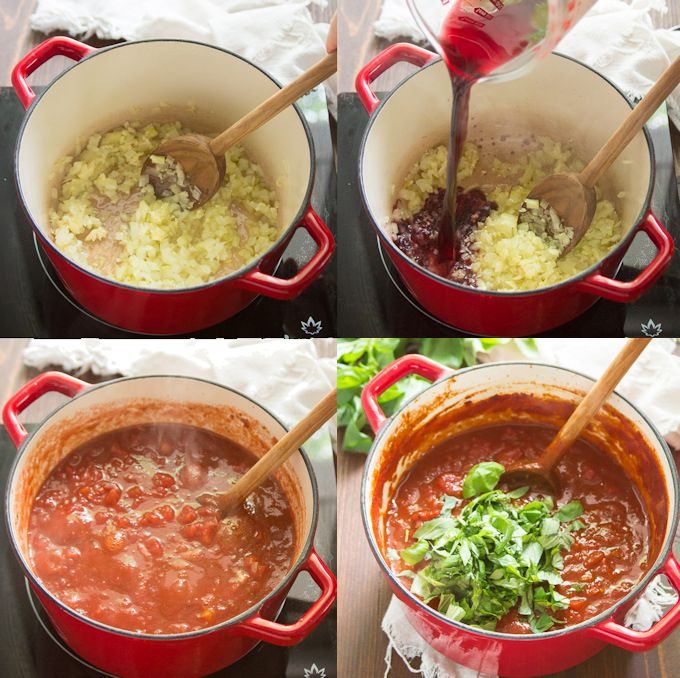 When the sauce has finished cooking, take the pot off of the heat and stir in your basil, along with salt and pepper to taste. 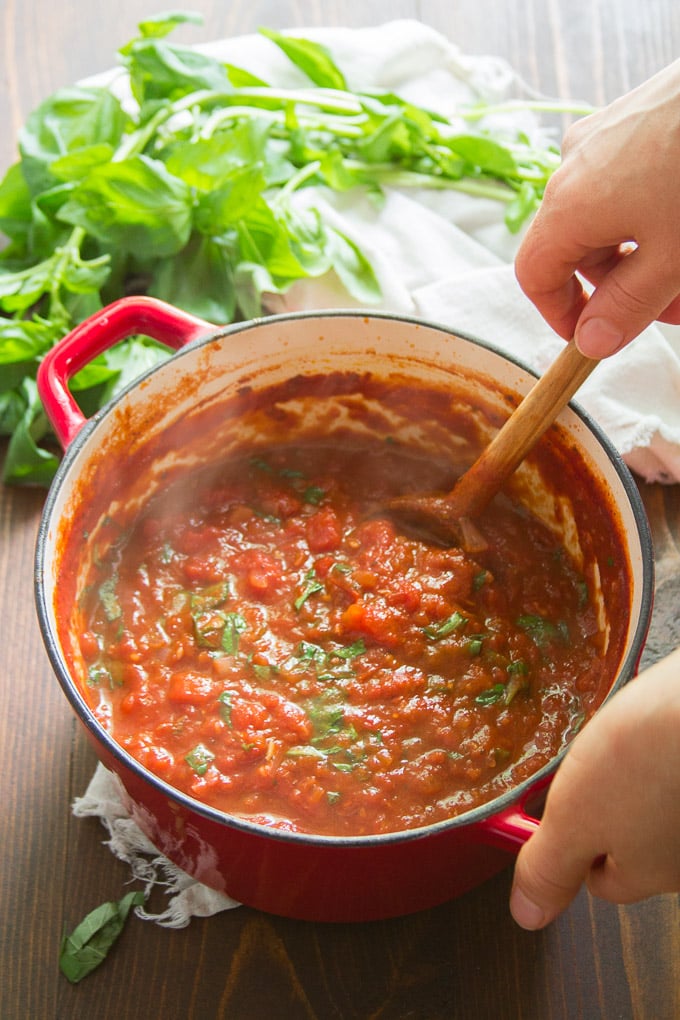 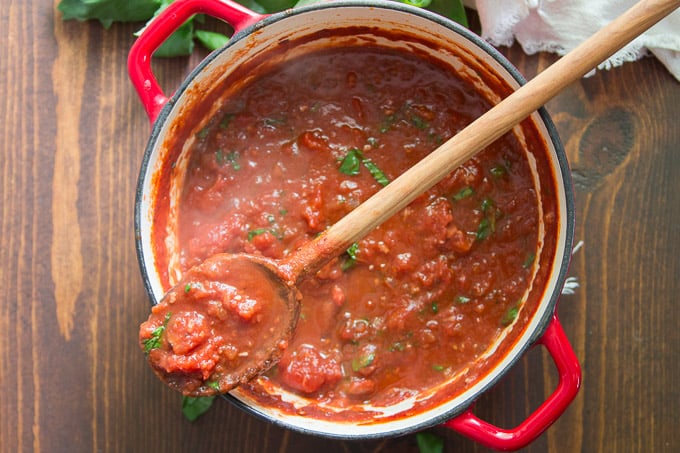 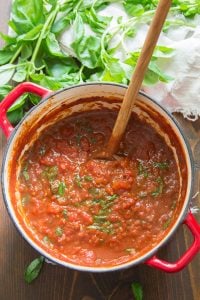