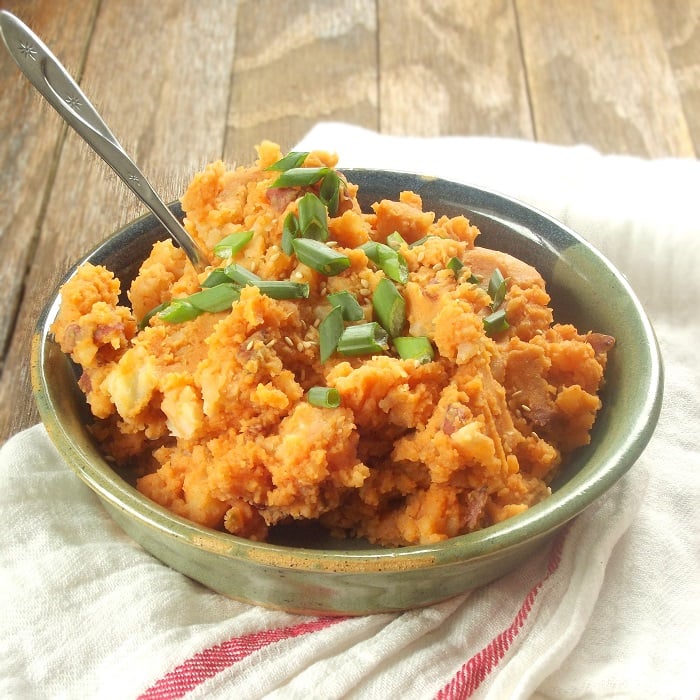 All kinds of celebrations this week. Valentine's Day just happened. Chinese New Year on Thursday. Fat Tuesday today. So many reasons to party! You'd almost think it was 1999.

I'll be honest - I had a more "fat" Fat Tuesday recipe that I thought I was going to share with you guys today. The recipe ended up needing some tweaking, and one Fat Tuesday recipe in a week is about as much as I can handle, especially after Valentine's Day sweets. (I'm referring to these, which I didn't even send to work with my husband like I normally do with sweets, because we liked them too much.)

So this year, mashed potatoes are indulgent enough for Fat Tuesday, even though these particular mashed potatoes are probably on the lighter side compared to most. They don't need a whole lot of richness - the abundance of flavor more than makes up for that. 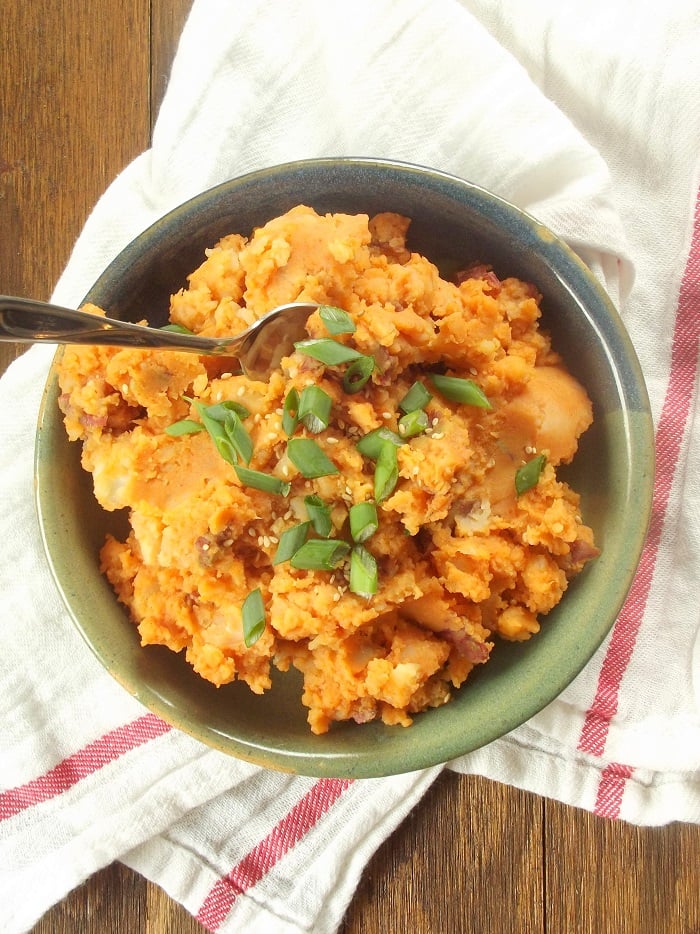 . That's my secret ingredient, and it's right there in the name of this recipe. I know I'm going to get a million questions on this stuff, because I always do when I include it in a recipe. Suffice it to say, it is a magical flavor party of Korean red pepper deliciousness in your face. Do yourself a favor and get some.

Gochujang is probably my favorite hot sauce, if it can even be considered a hot sauce. Because it's fermented, it has a very distinct flavor, and it's thick and pasty, so it's not really something you can just throw on everything, as I tend to do with hot sauce. It's so delicious though, that I might have to make it my mission to find a way to throw it in everything. This is what crossed my mind a couple of weeks ago as I served a batch of this to my brother and his girlfriend. Whenever I serve anything Korean I tend to push people to pile on the gochujang, because I know they'll thank me for it. Anyhow, I got to thinking about what random dishes I could season up with the stuff, and the next day, these potatoes were born.

They're great. If you've ever had bibimbab, think that, but in mashed potato form. Spicy, but not over-the-top spicy (husband confirmed), and totally delicious. 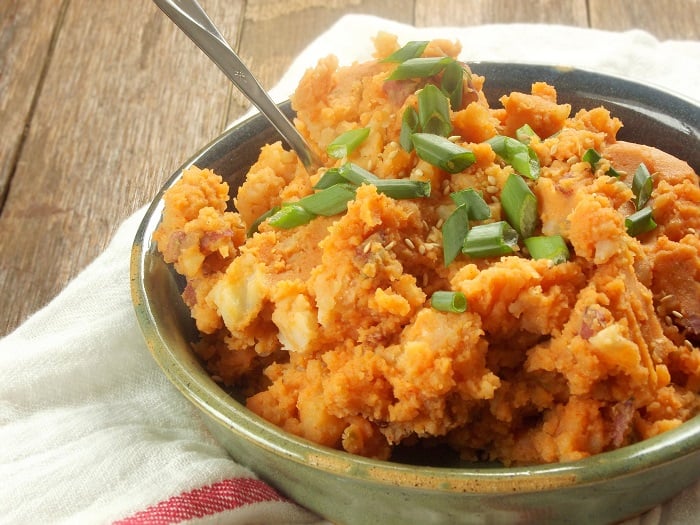 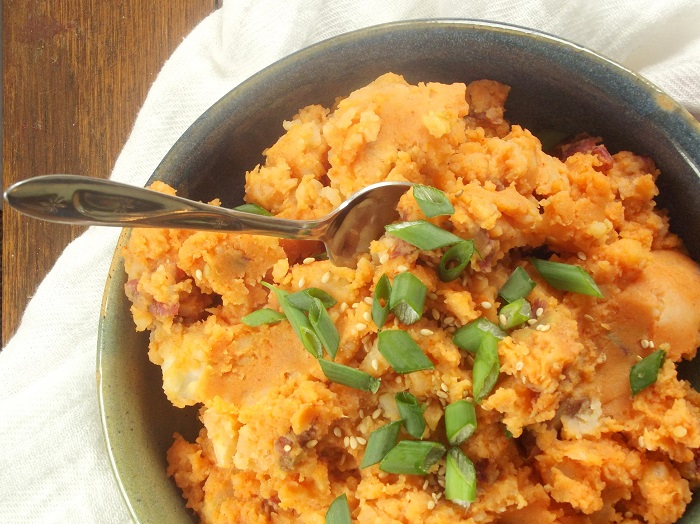