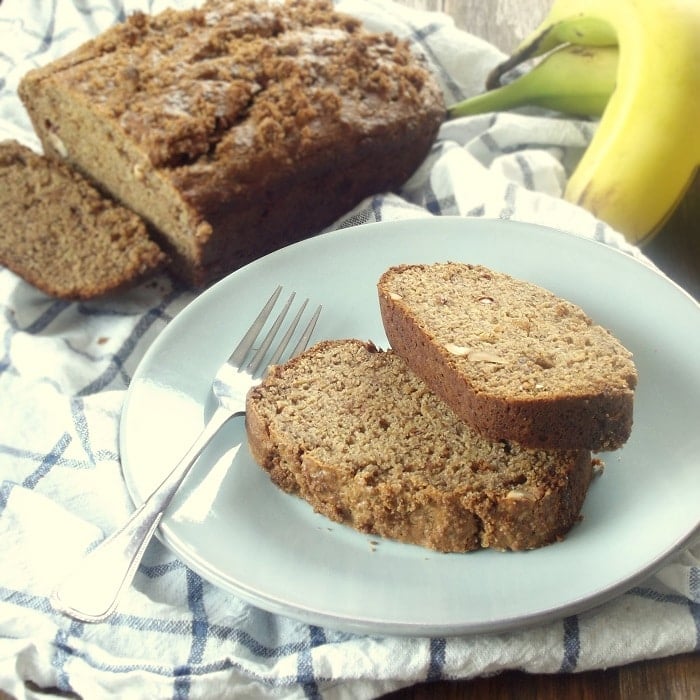 My husband keeps a jar of peanut butter in his car, wedged between the seat and the console. I noticed this this first time I was actually in his car, and it might have made me fall in love. I had to comment and he explained that he was really into peanut butter and liked to keep some around in case he was in need of a snack. It was pretty much a done deal after that. I didn't realize at the time that he was a creamy peanut butter guy, and I a chunky peanut butter girl, with him of the mindset that chunky isn't peanut butter at all, but instead "peanut salad." We're still working through that.

So I was kind of shocked when I made my first batch of peanut butter banana bread and he informed me that, although it was great, maybe it would be better if made with chunky. He must have been equally surprised when I told him I wasn't into that idea. 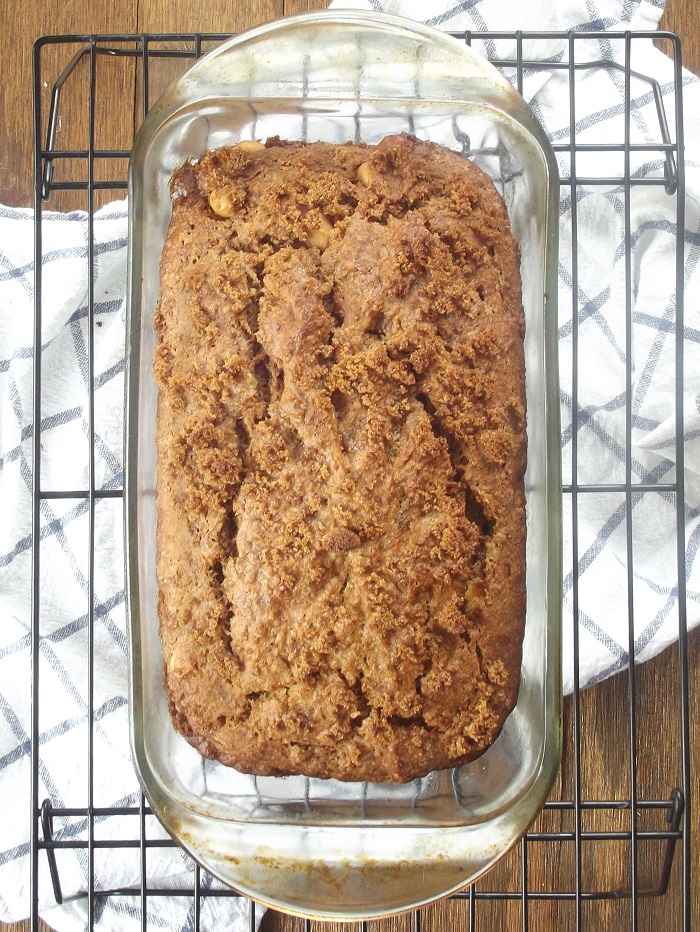 He was kind of right though. The bread itself tasted mildly of peanut butter, but needed a little crunch. I stuck with creamy peanut butter and added some roasted peanuts. That little bit of extra texture and flavor was exactly what it needed. It's the best of both the creamy and chunky peanut butter worlds if you ask me.

This is a veganized and peanut butterified adaptation of my aunt's recipe. I think she gave me the recipe when I was about 13 and I've been making it ever since. The brown sugar crust is key. It cooks up and adds a light caramely coating on top, which is what made the original recipe, and it's equally awesome here. One thing that's kind of cool about the addition of peanut butter was that it allowed me to skip the oil. Check out the recipe - no oil! I figured peanut butter had plenty of fat and would more than make up for the absence of oil, and I was right. This was every bit as moist and flavorful as the original. 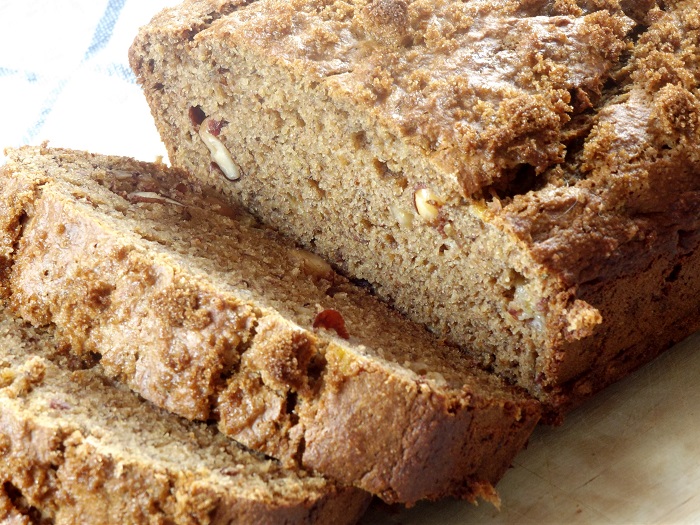 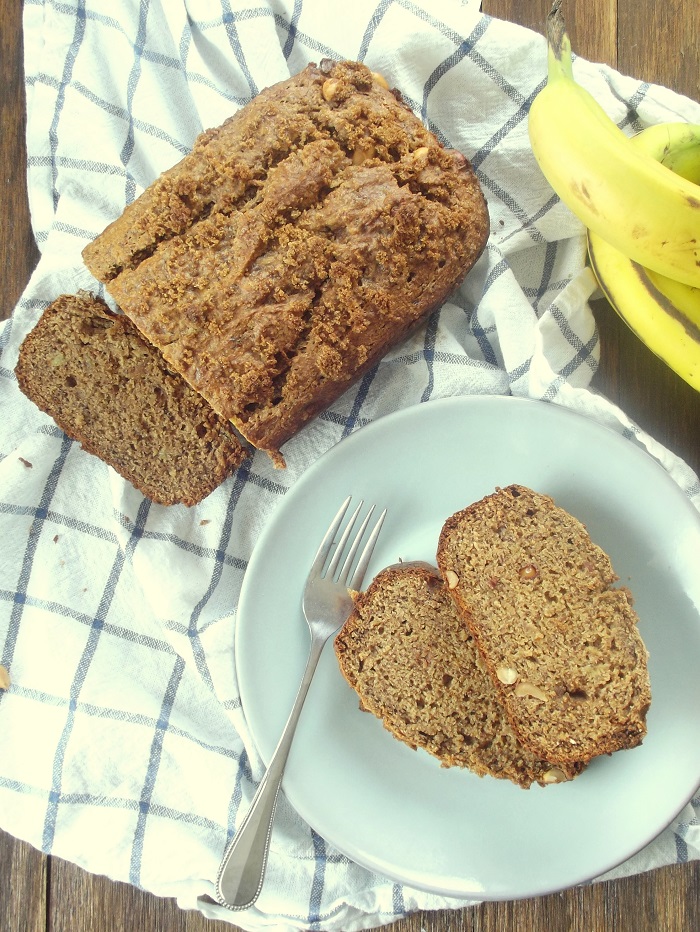