×
You are here: Home / Entrees / Vegan Kimchi Mac and Cheese

Every now and then a friend of family member makes a recipe suggestion for the blog, and sometimes I even get around to making it. It was way back in the early days of this blog that a friend told the tale of somewhat inadvertently creating one of the most delicious dishes she'd ever tasted: kimchi mac and cheese. If I recall correctly, she came home one night to a relatively vacant refrigerator, with the exception of some leftover mac and cheese and a bit of kimchi. In a moment of brilliance she decided to mix the two, and ended up with something amazing.

Apparently she wasn't the first person to come up with this idea, as a quick google search revealed numerous recipes for her very creation. That's okay though! Every great recipe needs a vegan version as far as I'm concerned. 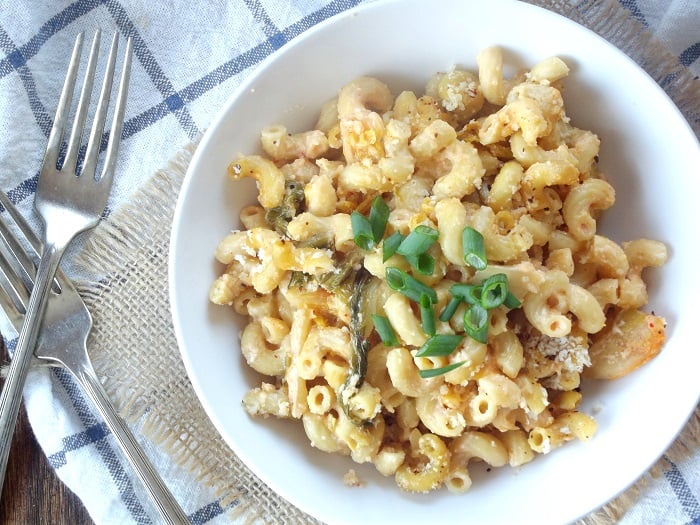 Initially it sounded really weird to me, but then again (and if this week's posts have anything to demonstrate), weird can be great, and upon a bit of reflection, I decided there was pretty much no way the combination of spicy sour Korean cabbage with pasta and melty cheese wouldn't be delicious.

The kimchi actually makes veganizing mac and cheese quite a bit easier, as it supplies moisture and sourness, which are two crucial and sometimes tricky elements to every recipe calling for dairy free cheesiness. The rich cashew cream really tones down the heat in the kimchi, so if you like your food spicy, like I do, throw in a bit of extra hot sauce.

Finally, I opted to bake my mac and cheese with a panko crust. I always ate baked mac and cheese growing up, so I like it that way. Baking is totally not necessary though, as would be exhibited by my compulsive and repeated taste testing this stuff right out of the pot, before baking. If you decide to skip it, just cut back on the amount of milk, adding a bit at a time until you've got the right level of sauciness. 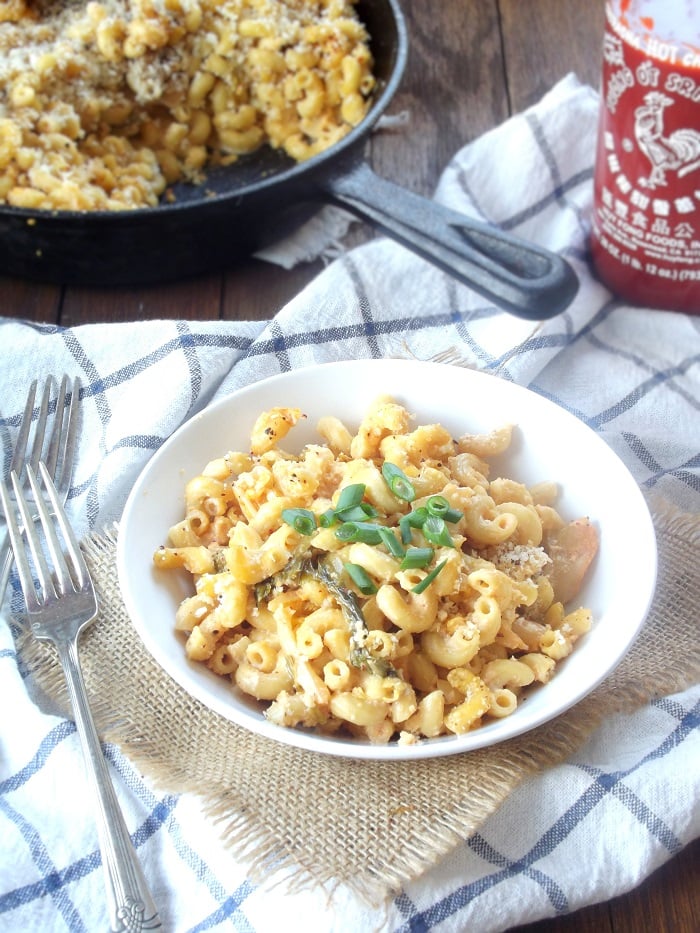 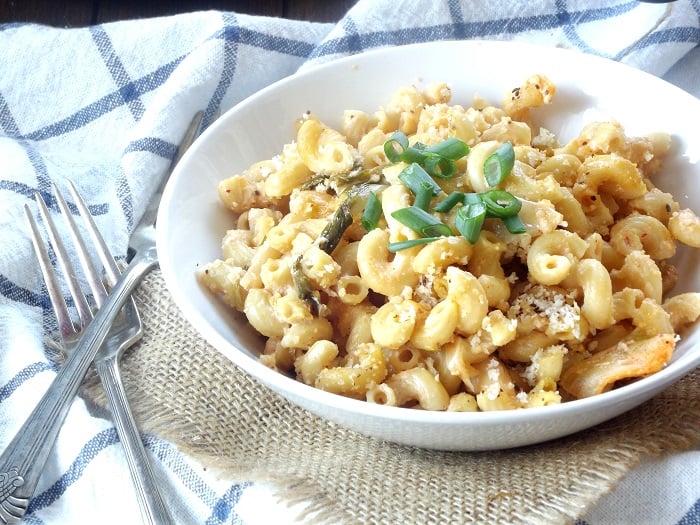