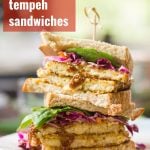 This was such a good sandwich, and totally not my idea. Well, the tempeh wasn't my idea, but putting it on a sandwich was. The tempeh is kind of the best part though...it's all crispy cornmeal coated and drenched in sweet maple-Dijon sauce, which is so simple, but pretty darn incredible.

I had tempeh prepared this way when I visited a new (to me) vegan restaurant a few weeks ago. I know you guys love restaurant recommendations, so if you're in the southeastern Pennsylvania area, definitely check out Sprig and Vine in New Hope. I went there with my family and I think between the lot of us, we managed to order one of everything on the menu. It was all delicious.

I ordered cornmeal crusted tempeh, which was pretty close to the tempeh you see in this sandwich, but served as a platter with horseradish sauce. So good. I decided to snag the idea, but I stuffed mine into some bread and made tempeh sandwiches, with wasabi slaw.

I tried something new when I made this: for the binder, I used aquafaba (chickea brine for the uninitiated. Really.) It worked great! I didn't feel like waiting for a flax egg to gel, so I just went and cracked open a can of chickepas and voila, tempeh is ready for dipping.

Just to confirm that the use of chickpea brine actually does something, I did a side-by side test with some almond milk. Almond milk worked okay, but aquafaba was way better. You can use whatever milk or a flax egg if that's what you've got on hand. 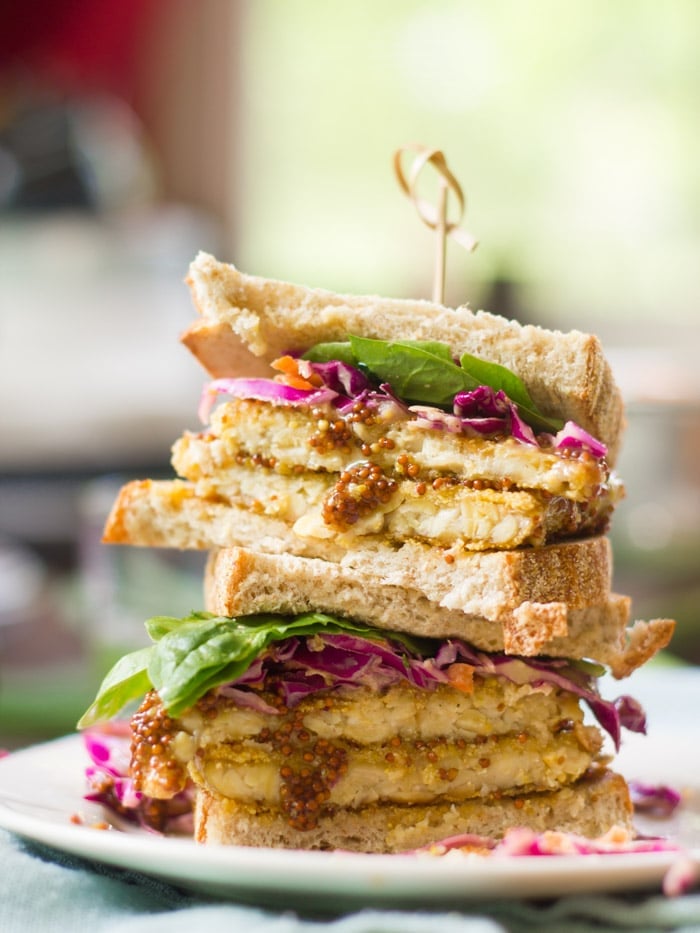 For the Wasabi Slaw:

For the Cornmeal Crusted Tempeh:

This recipe makes plenty of slaw and sauce. Use as much as you like of each.