These fluffy vegan quinoa pancakes are made with rich coconut milk and hearty quinoa that's blended into the batter.

Monstrously giant pancakes and a teeny, tiny dinosaur. That's where things are today. I'm okay with this. I'm making progress and I think I will have everything straightened out by this weekend. Anyone reading this post more than a couple of days after its initial publication is probably all "what's she talking about?" I'm sure hoping that's the case anyway...

One thing I can say about my temporary but new and unimproved layout is that the ginormous pictures certainly make me hungry. Maybe I didn't visually inspect these pancakes adequately when I made them, 'cause damn, look at all those little crevices and syrupy glimmers. I can assure you that they do taste every bit as good as the images imply.

So, it's all good. And as far as this recipe is concerned, well I guess it had to happen. It kinda represents two phases that I'm going through at present: (1) throwing quinoa in everything, and (2) throwing coconut milk in everything. As it turns out, the two go great together. Both can do fantastic things for your baked(ish, given that pancakes are the kind of cakes you don't bake) goods. As for the quinoa, I'm pretty well seasoned at throwing that into baked(ish) goods, having a plethora of quinoa based muffin recipes on the blog at this point (see here and here, in case you're curious). I initially started using it because it seemed like a healthy replacement for a portion of the wheat flour in my recipes, but now I just think it makes them moister, better textured, and just all-around tastier.

I suppose the same is true for coconut milk, though I've done less baking with this ingredient. Amid all the buzz about coconut being a superfood and an unforeseen healthy fat, I just love the stuff because it's scrumptious. What I found here is that it makes already moist quinoa pancakes even moister and give the batter this amazing browning-ability. I don't really know how to describe it, but if you scroll up or down to one of my massive pancake images, you'll see that these cakes have a delicate golden brown hue. It tastes like it looks, which would be like a slightly caramely, lightly crisp, delicate outer shell, which I'm attributing to the fat in the coconut milk. The coconut flavor is subtle, so I went ahead and topped these with some shredded coconut. 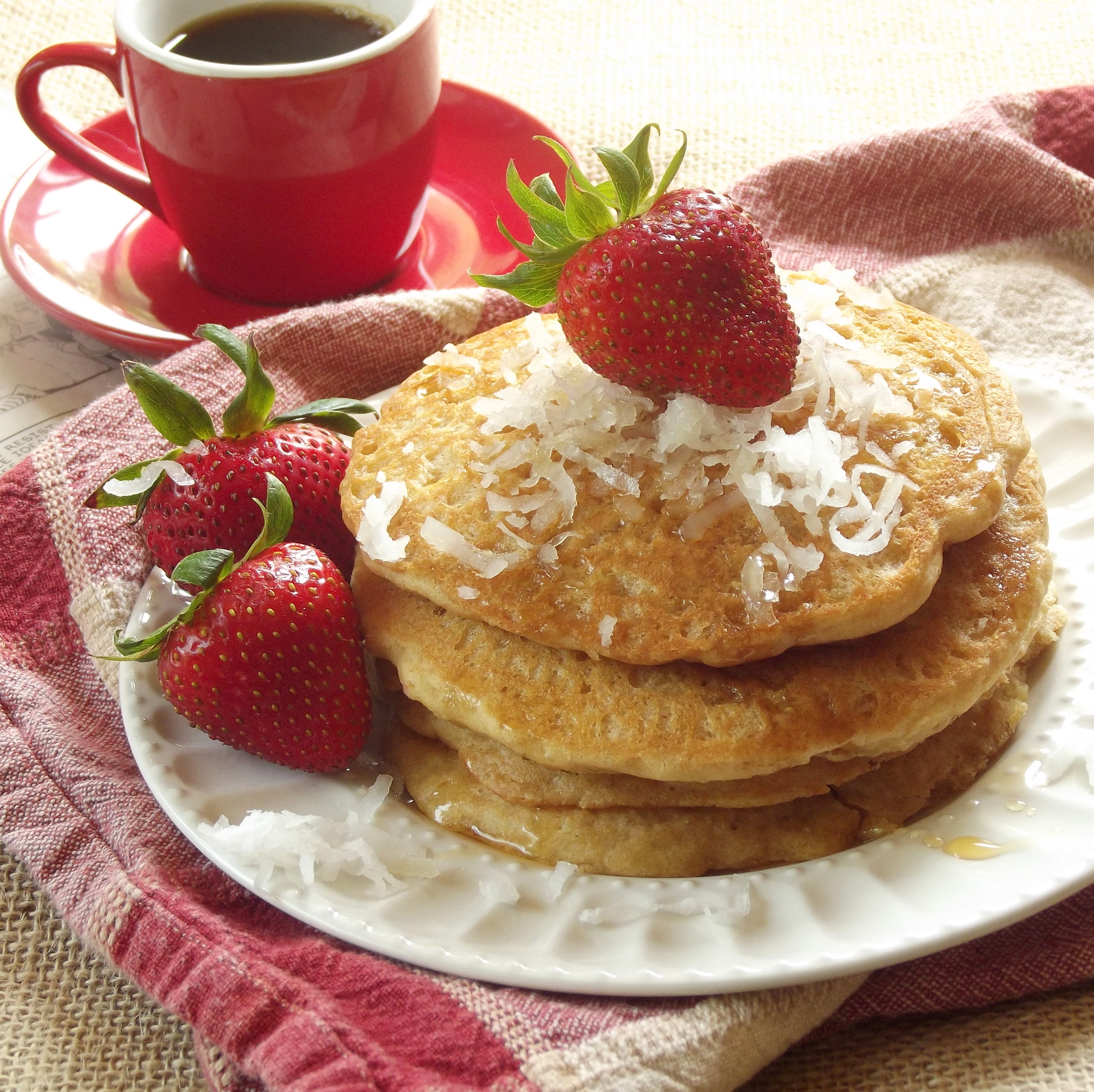