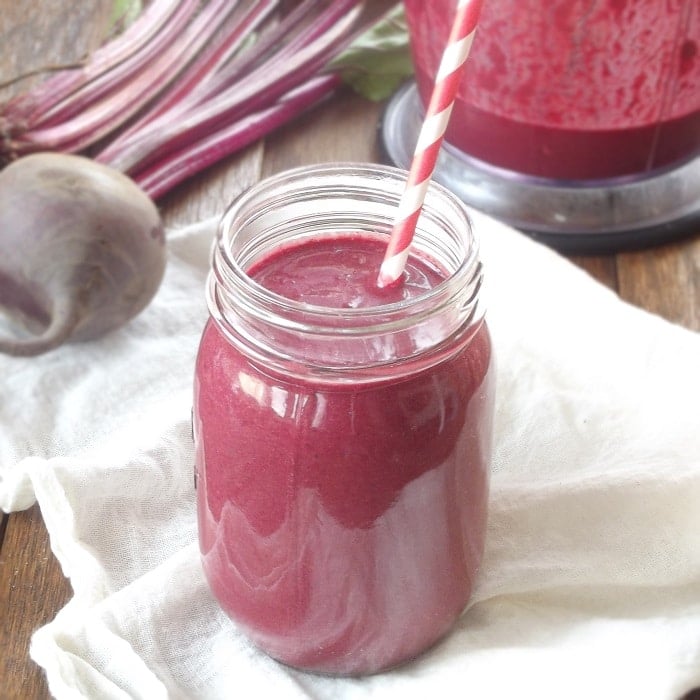 I'm trying to get back into the habit of posting smoothie recipes over the weekend. I did that for a while, as I usually end up trying a new smoothie recipe over the weekend, and it seems to make sense to share it with you guys for trying out some future weekend. Life's been a little hectic lately though. I've learned that the thing about running both a law practice and a vegan food blog is that business for both picks up like crazy in the early months of the year, so catching up on sleep had to take precedent over weekend posts for a while.

I actually intended to post this one around Valentines day, as I thought the red color would make it appropriate for the occasion. That didn't happen. It's red, and chocolate, but it's not exactly a dessert, which is what I like to focus on for Valentine's day. It's tasty, but, red color aside, it's really more of a green smoothie. Maybe you can enjoy it for Saint Patrick's Day.

Why green? I threw in the beet greens as well as the roots. In truth, most of the time when I buy beets, I seek out beets without the greens. I've tried cooking with them and haven't been impressed. They're a bit delicate for my taste, and seem to cook up a bit on the mushy side (suggestions?). I hate to see them go to waste though, especially as they're supposed to be loaded with nutrition. 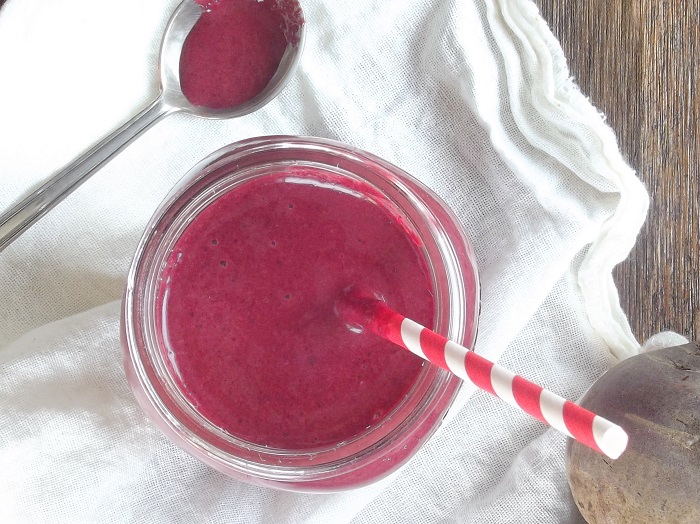 On this weekend before Valentine's day, as is often the case, I went shopping for beets and wasn't able to find the roots sans greens. I bought them anyway, and decided to throw everything in the blender.

It worked! I liked it! It was rich, tasty, filling, and packed with whole veggies. It would make a great light breakfast or snack. It's not quite a dessert, but it's chocolatey and as sweet as you want it to be. I don't have kids so I can't say for sure, but if you have trouble getting them to consume veggies, I'm betting sneaking them into a bright red chocoaltey drink will do the trick. 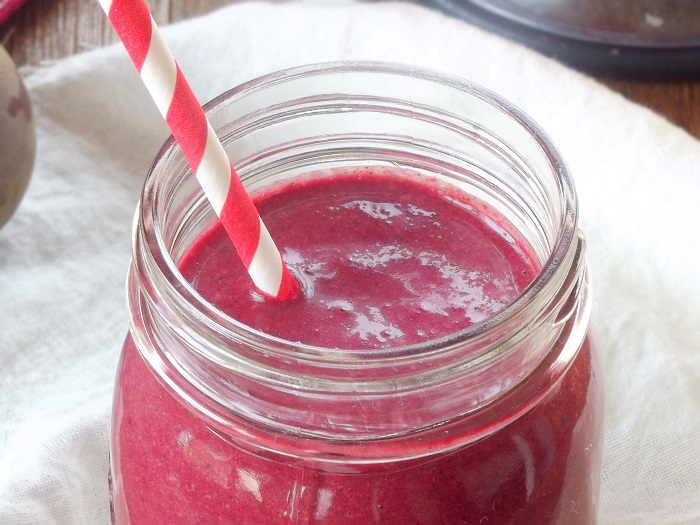