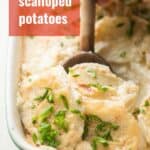 These vegan scalloped potatoes are rich, decadent, and surprisingly easy to make! Layered with a silky cashew sauce and baked to perfection, you'd never guess that this cozy potato casserole was dairy-free.

This side dish turned out to a pretty easy recipe to create. Regular old scalloped potatoes are pretty simple — they're basically sliced potatoes baked up in creamy sauce. I went with a blend of cashews and non-dairy milk, thickened up with a bit of flour for the creamy sauce. Super simple!

Let's talk about how it's done!

How to Make Vegan Scalloped Potatoes

Tip: It's a good idea to peel and slice your potatoes before getting started so they're ready to go when you need them, but they tend to turn brown as they sit. My solution is to submerge the sliced potatoes in cold water. This will prevent browning.

Tip: If you'd like a little extra browning on top of your potatoes, pop them under a broiler for a few minutes towards the end of baking. Keep an eye on them though — they can burn quickly!

Leftover vegan scalloped potatoes will keep in a sealed container in the fridge for up to 3 days. I don't recommend freezing them, as this often changes the texture of cooked potatoes. 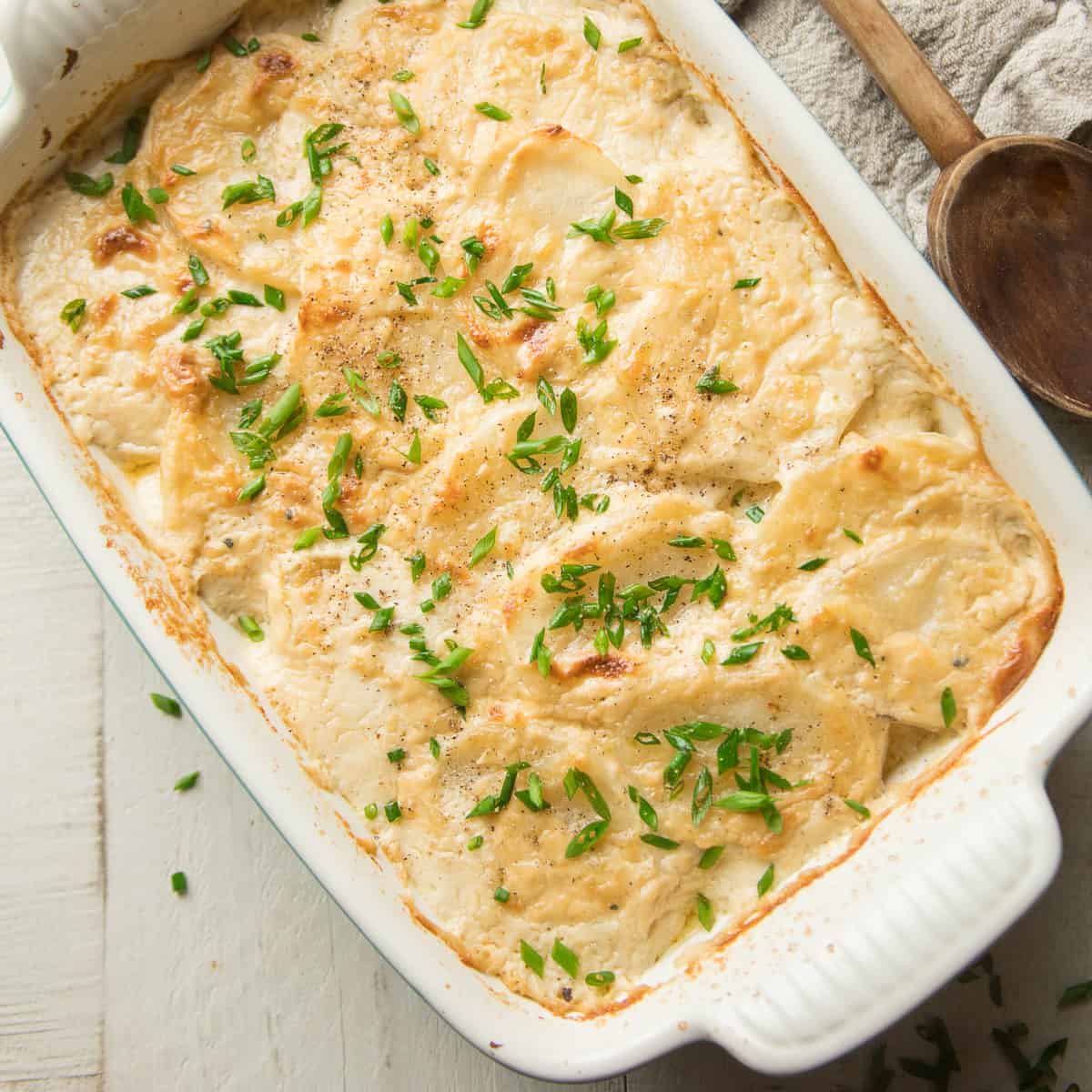 These vegan scalloped potatoes are rich, decadent, and surprisingly easy to make! Layered with a silky cashew sauce and baked to perfection, you'd never guess they were dairy-free.

Make sure to use a really good quality, creamy non-dairy milk for this recipe — it does make a difference! I used WestSoy and it worked out great.

Use sweet potatoes instead of russet, or use a blend of sweet and russet potaotes.

Instead of salt, season the sauce with some white miso paste to taste. This will give it some extra savory flavor.

For cheesy scalloped potatoes, add some nutritional yeast, or even some hot sauce.

Swap the chives out with fresh parsley, thyme, sage or rosemary.