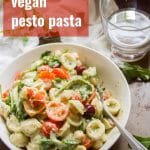 Tender orecchiette is drenched in creamy dairy-free pesto sauce and tossed with juicy cherry tomatoes, chickpeas, Kalamata olives and peppery arugula to make this luscious (and easy to whip up!) pasta dinner. 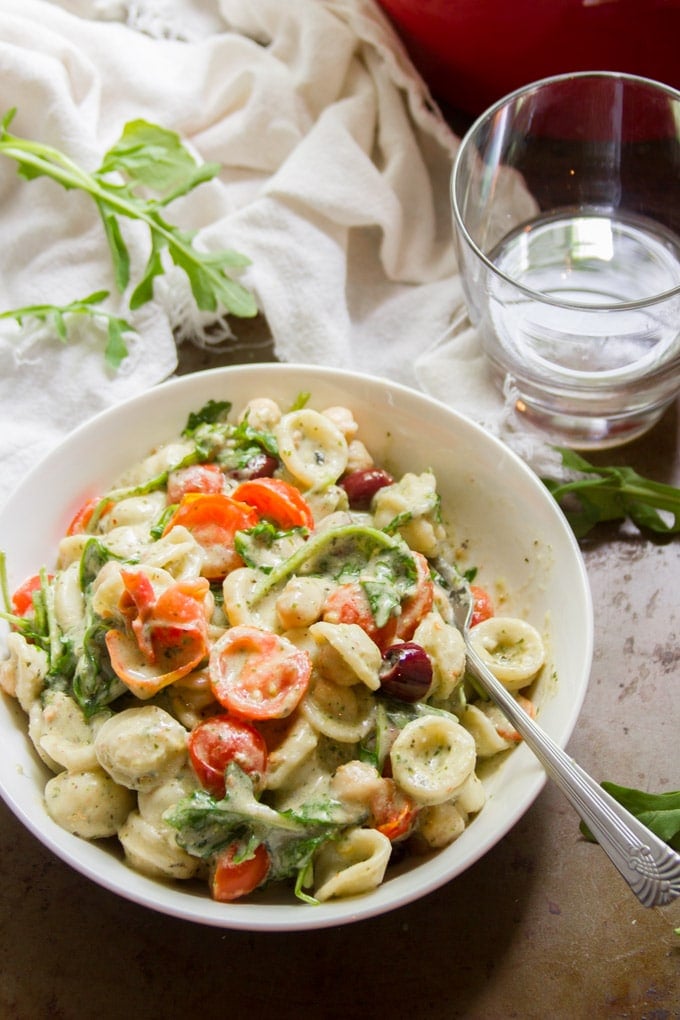 This is what I had in mind when I shared last week's pesto recipe. Okay, well not exactly. I had something like this in mind, as in, I wanted to create a vegan pesto pasta recipe, but I had a million different ideas as to what direction I'd take it.

Maybe classic pesto pasta with just pasta and sauce? Good but not exactly a recipe. Maybe pesto pasta salad? Okay, but I really wanted a meal. And I actually attempted a one-pot creamy vegan pesto pasta recipe before realizing I just don't like one pot pasta.

So I ended up with this, which is a two-pot recipe, but really, it's barely more work than a one-pot recipe and well worth the extra pot. 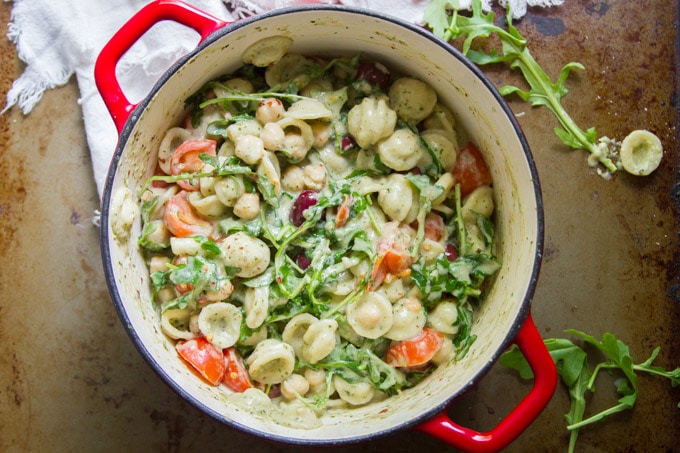 This one uses coconut milk as the base. It's rich, creamy, and unlike nut-based sauces, doesn't require a food processor or blender. (<-- See! Easy.)

Start by making a roux with some flour and olive oil. This is your thickener. Let it cook for a few minutes, then add a mix of coconut milk and another non-dairy milk, like soy or almond. Whisk until smooth and let it simmer for a few minutes.

Once the sauce has a chance to simmer and thicken up, add the pesto, cherry tomatoes, and pasta. You'll be starting with al dente pasta. This allows you to simmer it in the sauce for a minute, during which time it'll finish cooking and help the sauce thicken up even more.

Arugula, Kalamata olives, and chickpeas go in at the end. Just stir them into the hot pasta until the greens wilt a bit. 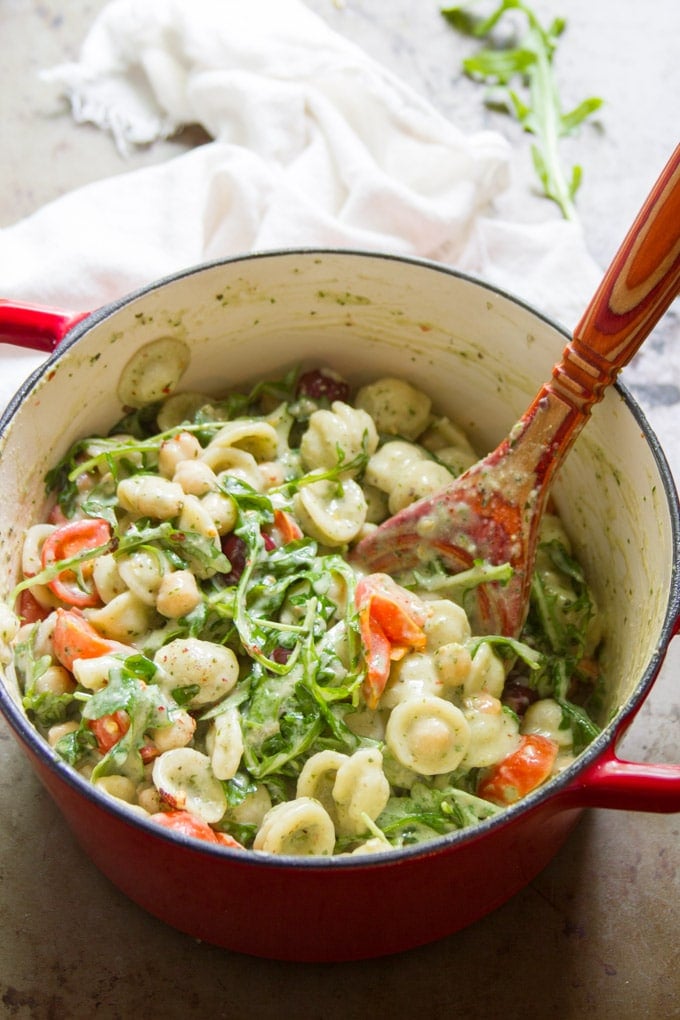 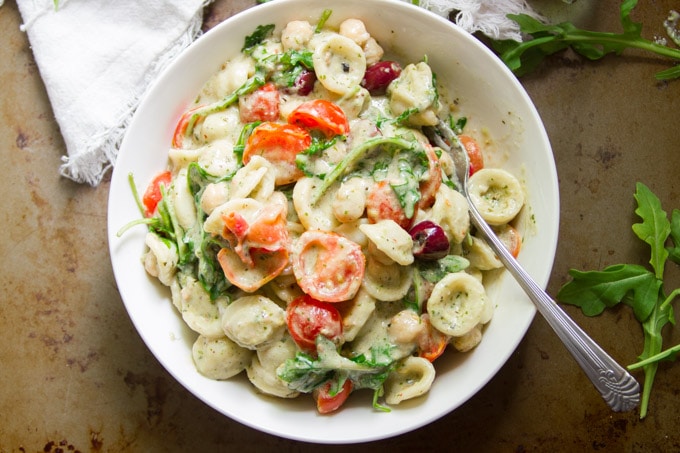 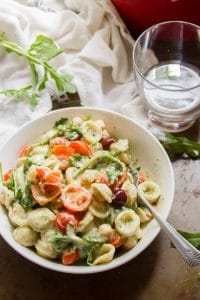 Tender orecchiette is drenched in creamy dairy-free pesto sauce and tossed with juicy cherry tomatoes, chickpeas, Kalamata olives and peppery arugula to make this luscious (and easy to whip up!) pasta dinner.

You might not need the lemon juice if you use my pesto recipe (since it already has lemon in it!).