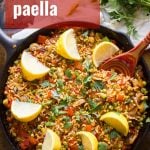 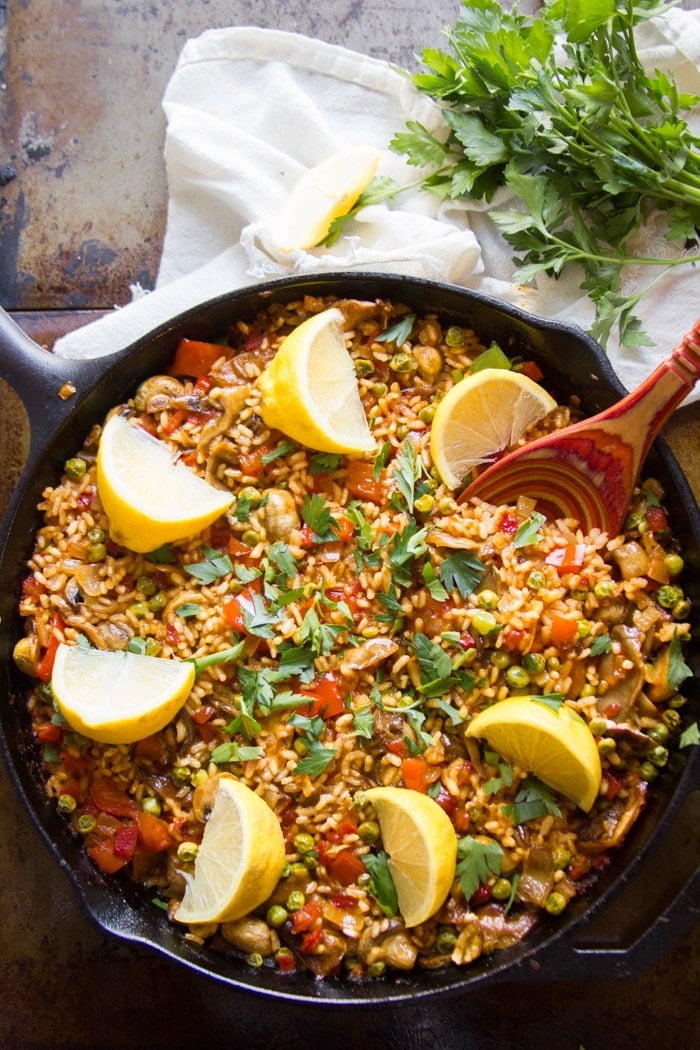 Paella is pronounced "pie-ay-ah." I just learned that recently. In fact, I'd been going around thinking it was pronounced pay-ella and that "pie-ay-ah" was a completely different thing. No really, like, I'd see these pictures or paella on Pinterest and think, "Oh look at that lovely rice dish. I should make a vegan version of that." And then people would talk to me about how much they loved "pie-ay-ah," and I'd think it was some pie thing. I knew it was spanish and involved seafood, but not much else. I think I tuned out after the seafood part. 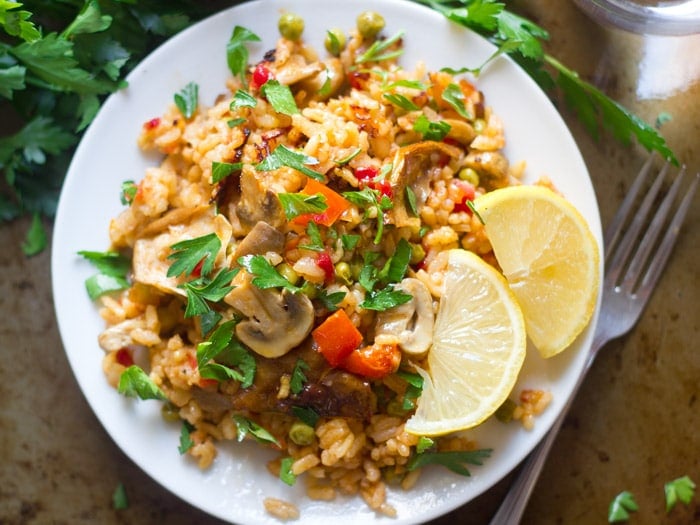 Anyway, my brother was telling me about the awesome mushroom "pie-ay-ah" at a vegetarian restaurant he visited, and I was all, "Oh, do tell! A big Spanish mushroom pie thingy? Vegan? That sounds awesome!"

Okay, so did you follow all that? They're really just one dish and it's Spanish and involves rice and, traditionally, seafood. No pie. That's okay! Pie has it's place, but it's not everything. There's room for rice in my heart too.

So I eventually visited the vegetarian place and had a taste of their vegan paella and decided to copy them. 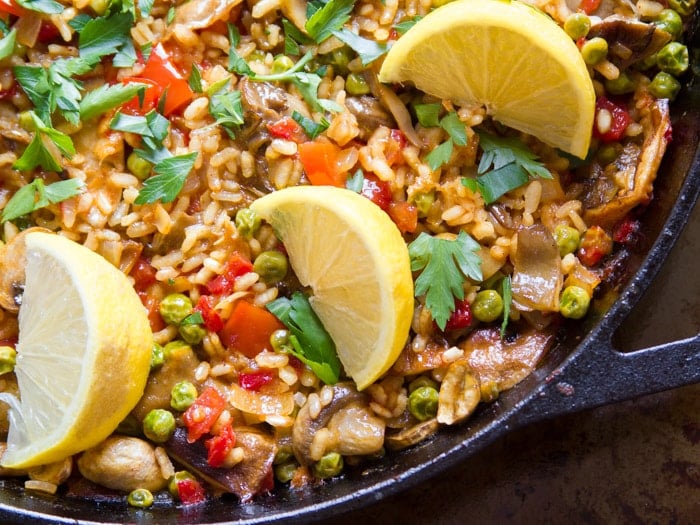 Mushrooms are the perfect stand-in for seafood here. (1) They have the ideal texture. (2) They add savory flavor, which, while different from what you might get from traditional seafood, is no less delicious. And (3) you can add a bunch of different types of mushrooms for extra flavor and fun.

Traditional paella is made with bomba rice. I live in an area where ingredients are pretty accessible, but no bomba rice was to be found. So I figured it might be tough for you guys too. So I went with the next best thing, which is arborio rice — the stuff you'd normally use for risotto. 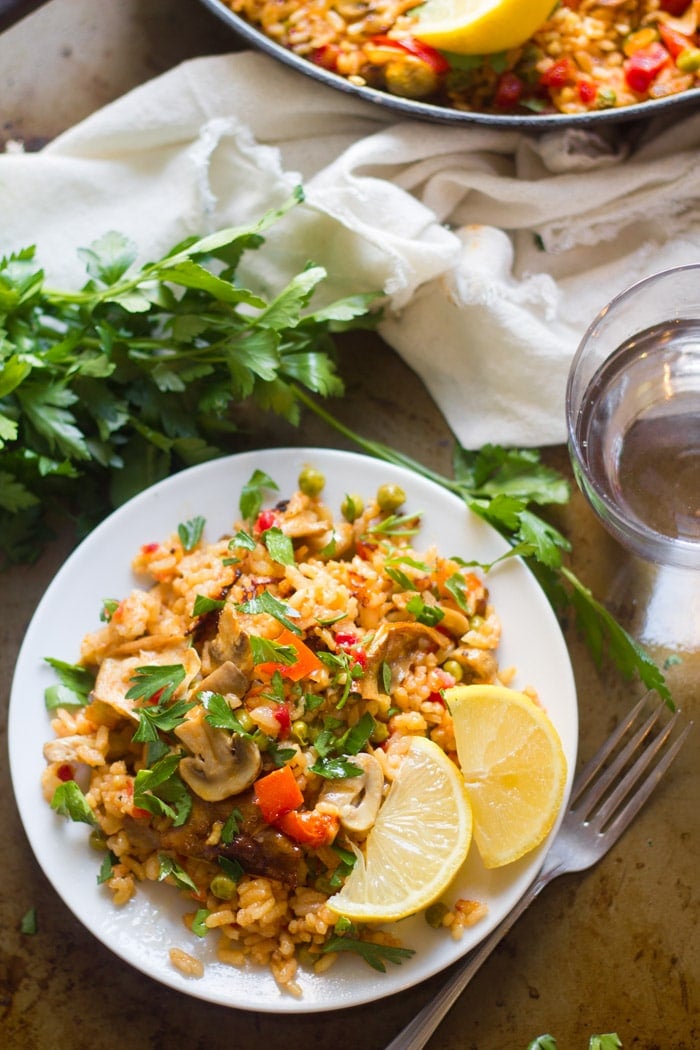 I also cooked my paella in a cast iron skillet instead of a traditional paella pan. If you have a paella pan, go for it, but my kitchen space is running low these days, and the skillet worked just fine.

So I guess the cat's out of the bag that this paella is totally inauthentic. But it's delicious, and it keeps with the spirit of traditional paella, if you ask me. It's also delicious and feels really special. Perfect vegan Valentine's Day food. 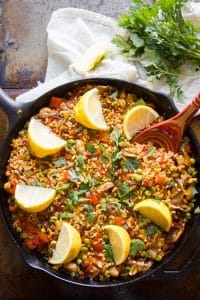 This recipe just fits into a 12-inch cast iron skillet. If you don't have one that large you'll need to scale back on the recipe size, or split it up.