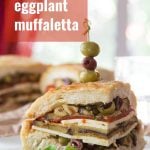 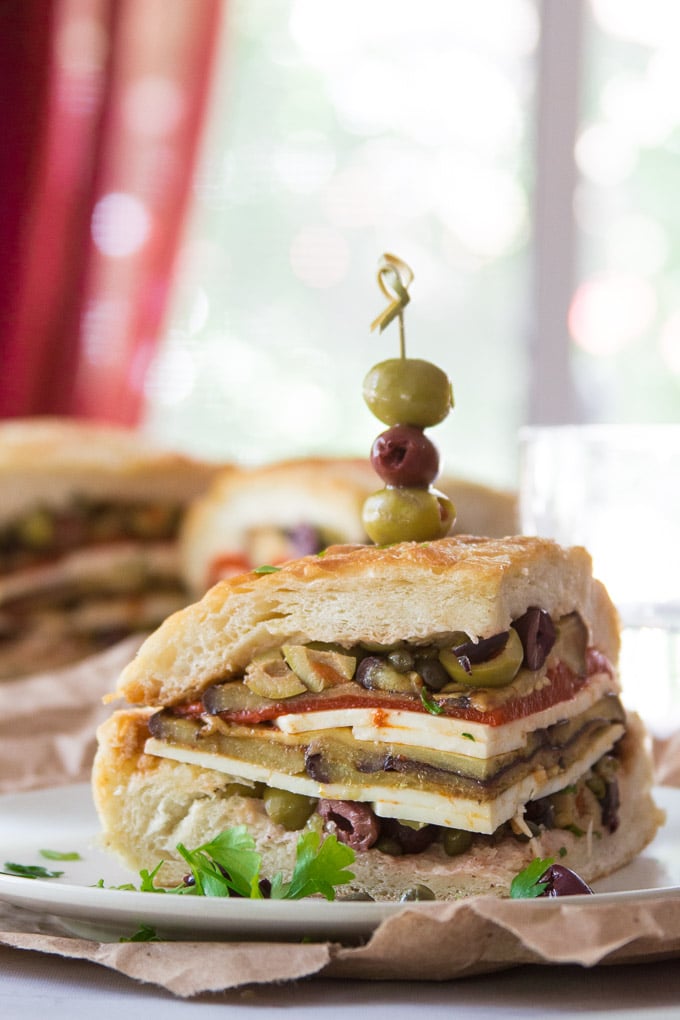 Question: how do you guys feel about store-bought vegan cheese? For the longest time, I refused to include it in any of my recipes. When I started blogging, most of what was available wasn't all that good, and I got it in my head that if I wanted to include cheese in a recipe, I'd include instructions for making it from scratch.

But it's not very realistic to think everyone can make a batch of homemade vegan cheese on any given night for dinner. (I certainly can't!) And vegan cheese has improved a lot over the last few years.

So with that said, I've included store-bought vegan cheese in this recipe. I hope you all don't mind! If you're a total from-scratch kind of cook, feel free to substitute the vegan mozzarella from my Caprese recipe. It would work really well in a muffaletta. 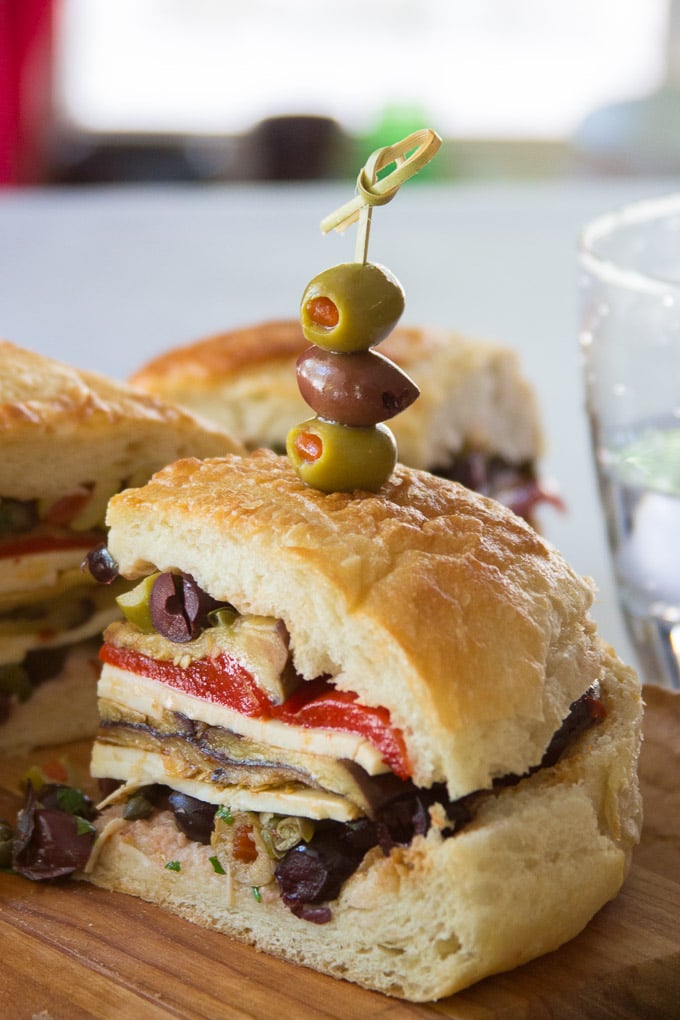 Maybe I should've started by answering this! The muffaletta is a big old sandwich that (as I understand) originated in New Orleans, but is something of an adaptation of an Italian hoagie.

It's generally made with round bread — muffaletta bread actually. It's one of those sandwiches that has its very own bread. But we're using much easier to find Italian boules for this recipe. (Or whatever type of round bread you can get your hands on.)

The muffaletta is stuffed with lots of the same meats and cheeses as you'd find in an Italian hoagie, as well as (the best part, if you ask me) olive salad. 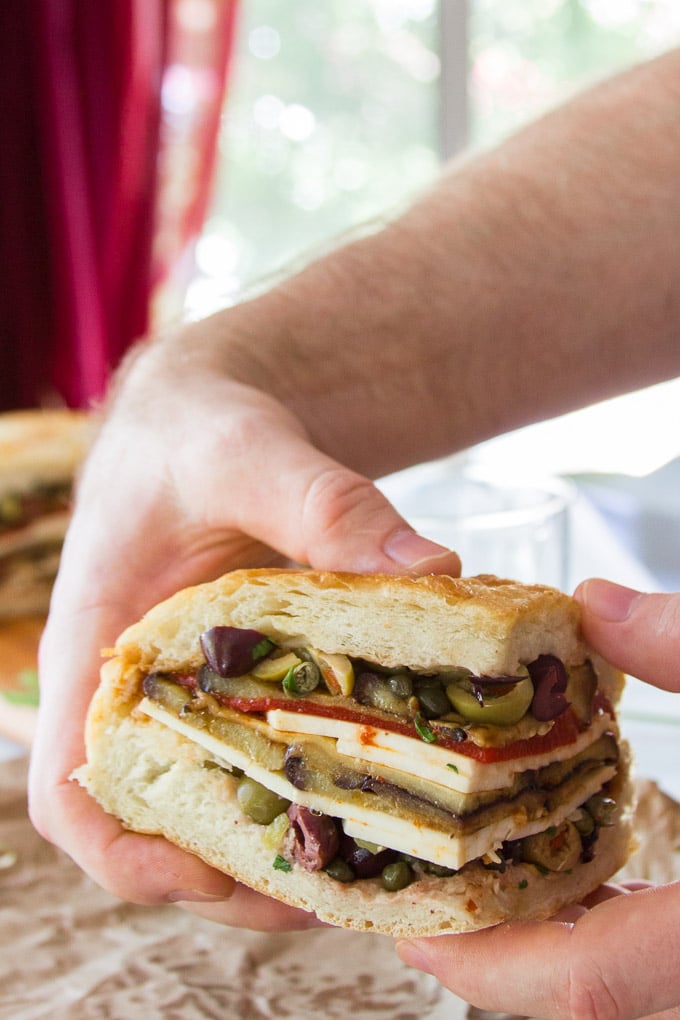 I mentioned above that we'd be using vegan cheese for this. That's the easy part! 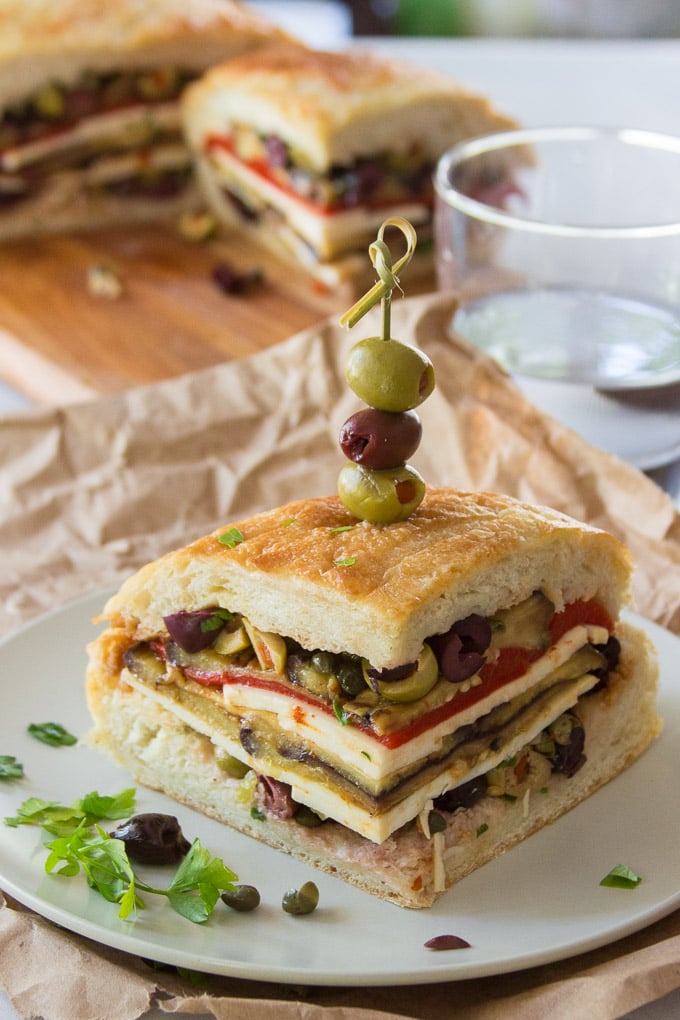 First you'll need to prepare your eggplant. Slice it into thin slabs, and if needed, salt them.

Heat some oil in a large skillet. Give the oil a minute to heat up, and then arrange some of your eggplant slices in the skillet. You'll probably need to cook them in batches.

Cook the eggplant slices for 4 or 5 minutes on each side, until they become tender and show some browning. Transfer them to a plate when they're done.

Next, mix up your marinade: soy sauce, red wine vinegar, a touch of maple syrup, liquid smoke garlic, and some spices. Were aiming for a smoky, spicy flavor that's on par with Italian meats such as salami and capicola. Let the eggplant marinate for 30 minutes or so. 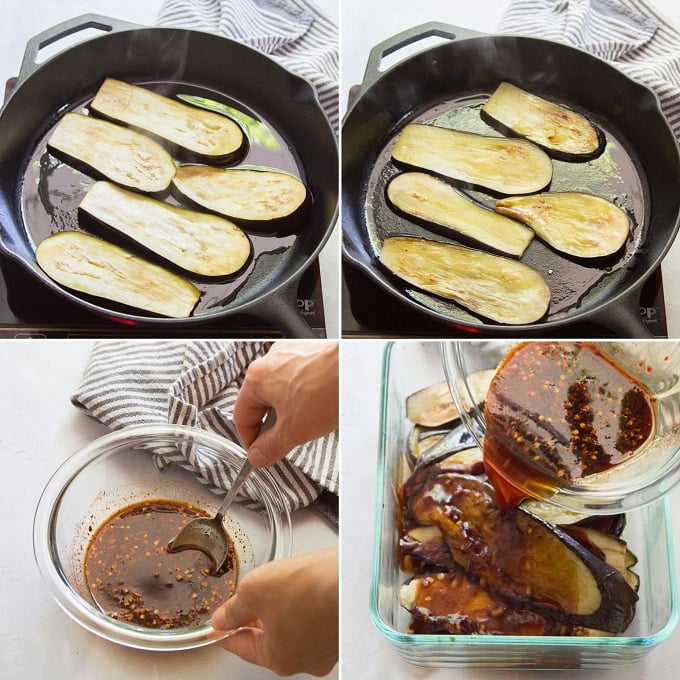 While the eggplant marinates, mix up your olive salad. You might want to make extra, because if you're anything like me you'll be snacking away on it! 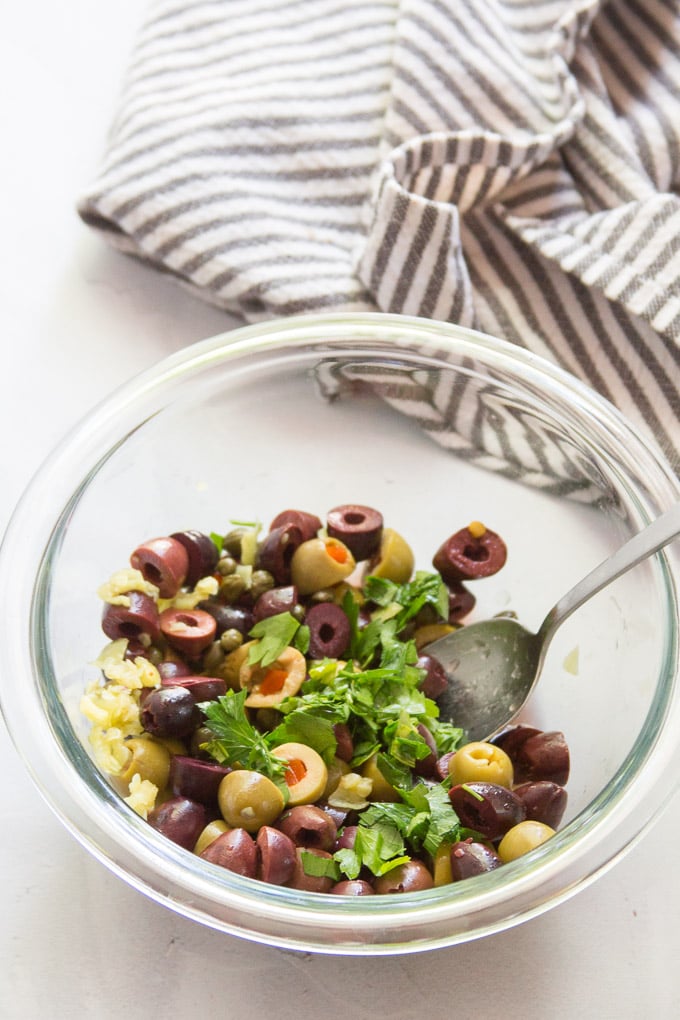 Now it's time to assemble the sandwich. Slice your bread in half and scoop out a bit of the interior to make room for your fillings. Start layering: olive salad, cheese, eggplant, more cheese, roasted red peppers, more eggplant, and top it all off with the rest of your olive salad.

Close up the sandwich, wrap it up in plastic, and use something heavy and flat, like a cast-iron skillet or cookbook, to weigh it down. I'd recommend letting your sandwich compress for at least a half hour before slicing and devouring. 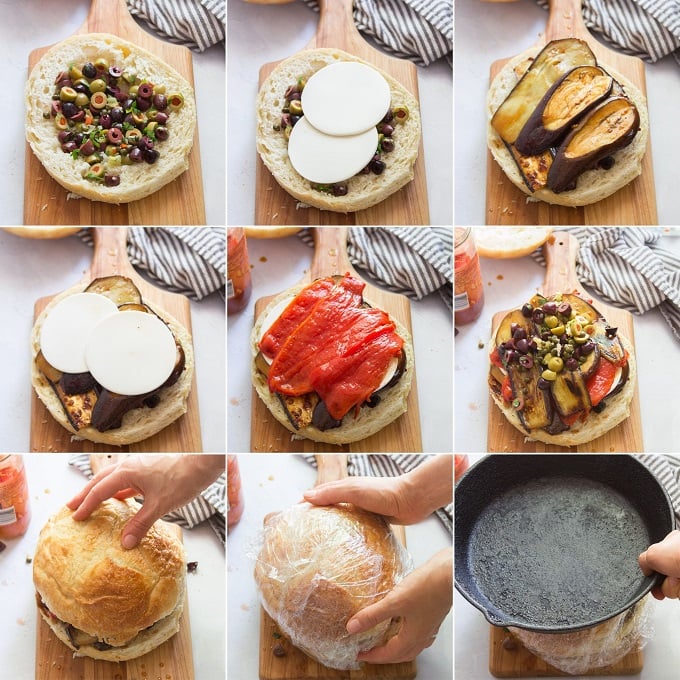 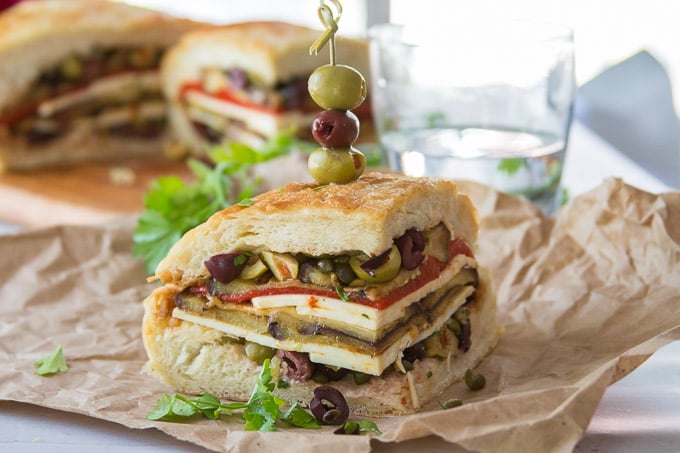 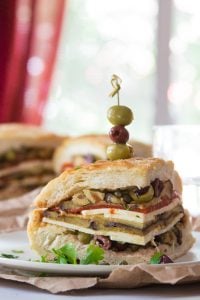