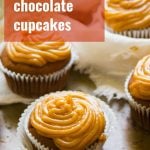 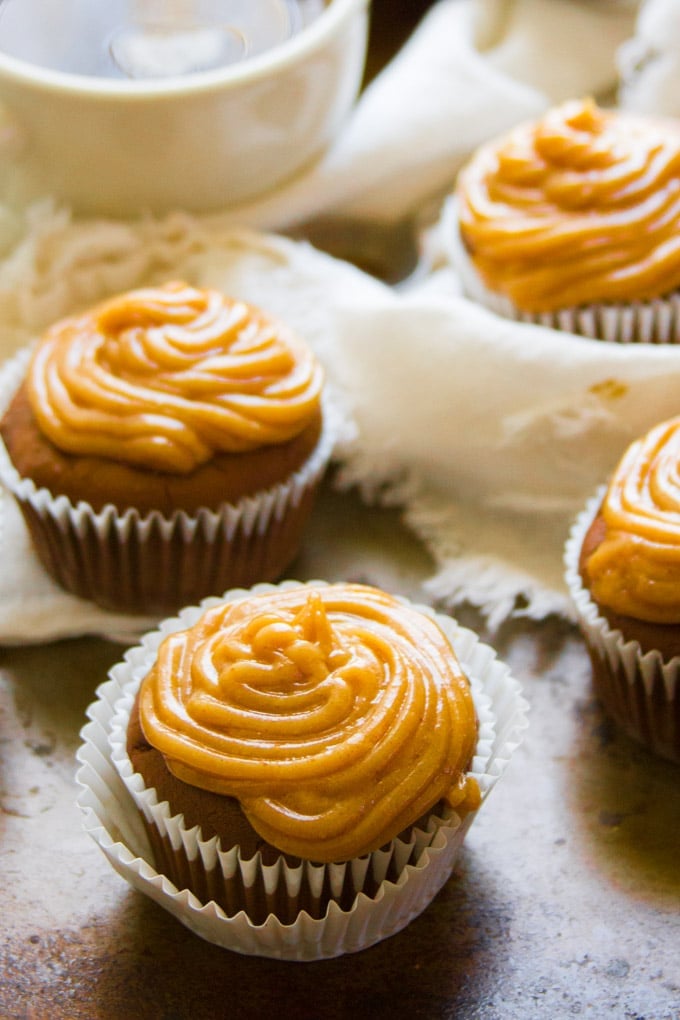 Back in the early days of this blog I kept very close tabs on what posts were getting the most pageviews. I had a little widget in the sidebar that displayed photos of my top five most popular posts and one day I noticed that they were all chocolate.

I totally thought I'd cracked the code. Post nothing but vegan chocolate recipes. That's what everybody wants. I might have to eat a few extra brownies to make it happen, but I was willing to take one for the team.

Looking at this site now, I obviously reconsidered. I eventually realized (1) I couldn't handle all that chocolate, and (2) you guys really just wanted dinner recipes. It's probably better for all of us. 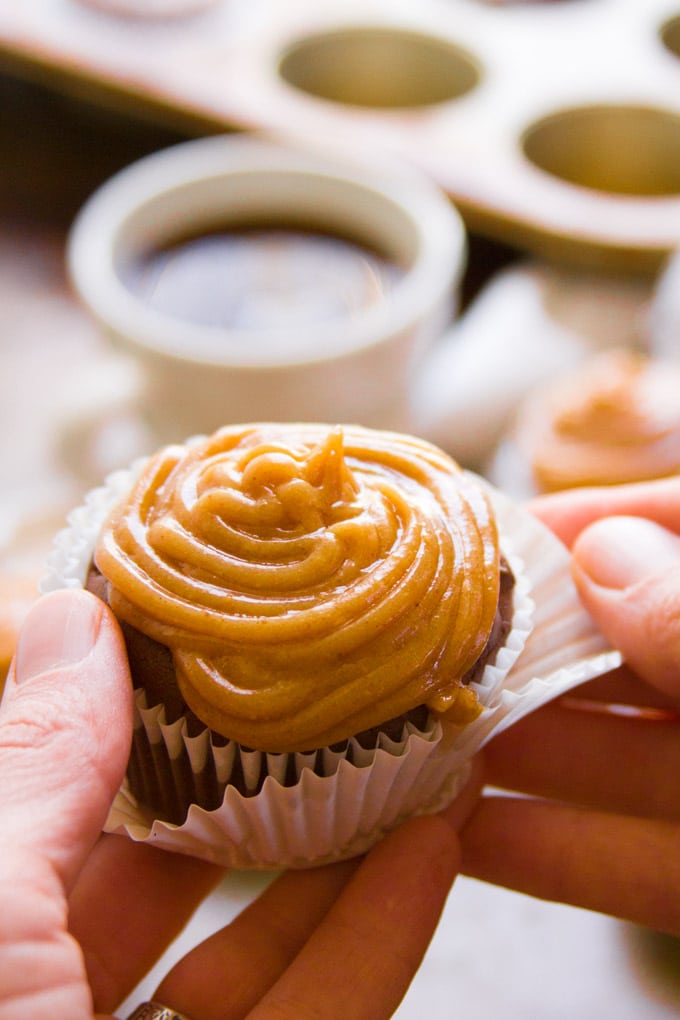 But I did go on a mini chocolate frenzy, and these cupcakes were one of the recipes that came out of it. I've made them a handful of times since first posting them and I decided it was time to give the photos an update and make a few tweaks to the recipe.

I can tell you this about these cupcakes: if you want to impress people with how delicious and decadent vegan desserts can be, make these. I've served them at a bunch of gatherings, often to people who didn't even know they were vegan, and gotten nothing but compliments and declarations on how rich and decadent they were.

I adapted the cupcake recipe from this basic vegan chocolate cupcake recipe. (It was one of my first vegan baking wins and I was pretty darn proud of myself!). To veganize the cupcakes I swapped out milk and butter with vegan milk and butter (easy!) and use a flax egg in place of the chicken egg. A flax egg is super simple: ground flaxseeds + liquid. It gells up and takes on an eggy consistency.

For extra richness, I added some chocolate chips into the batter. 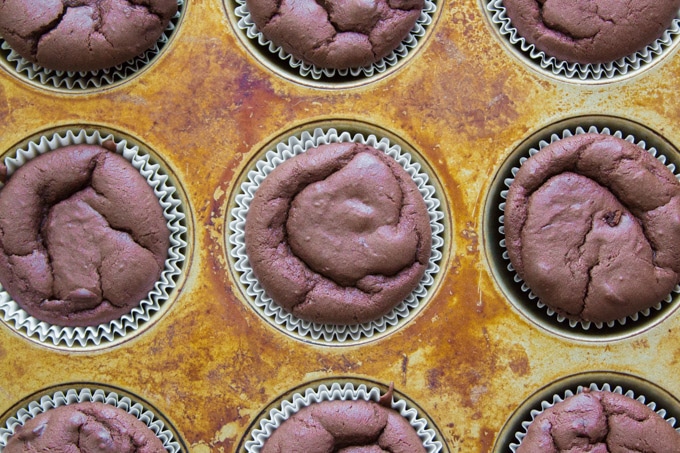 The frosting is much like a basic buttercream frosting, but with vegan butter and the addition of peanut butter. 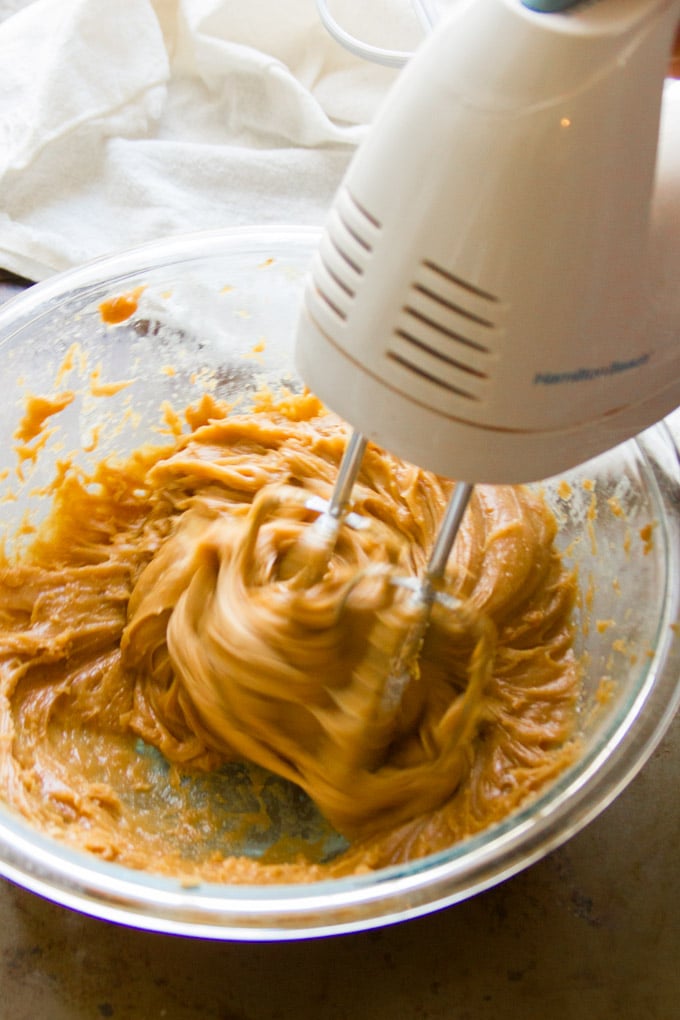 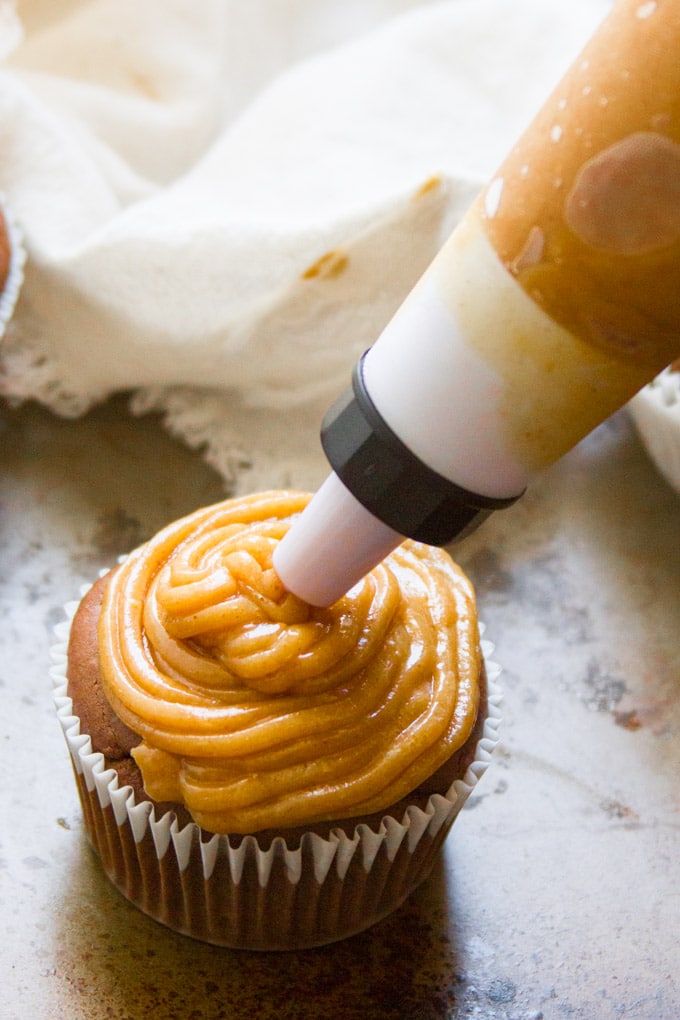 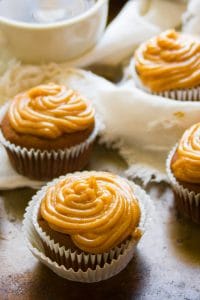 To Make the Cupcakes

This recipe makes a nice big batch of frosting. If you have any leftover, seal it up for later! The nutrition information assumes you are using the whole batch.