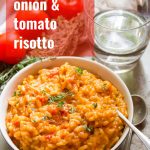 This creamy vegan tomato risotto is bursting with sweet and savory flavors from juicy roasted tomatoes, caramelized onions and a touch of thyme! 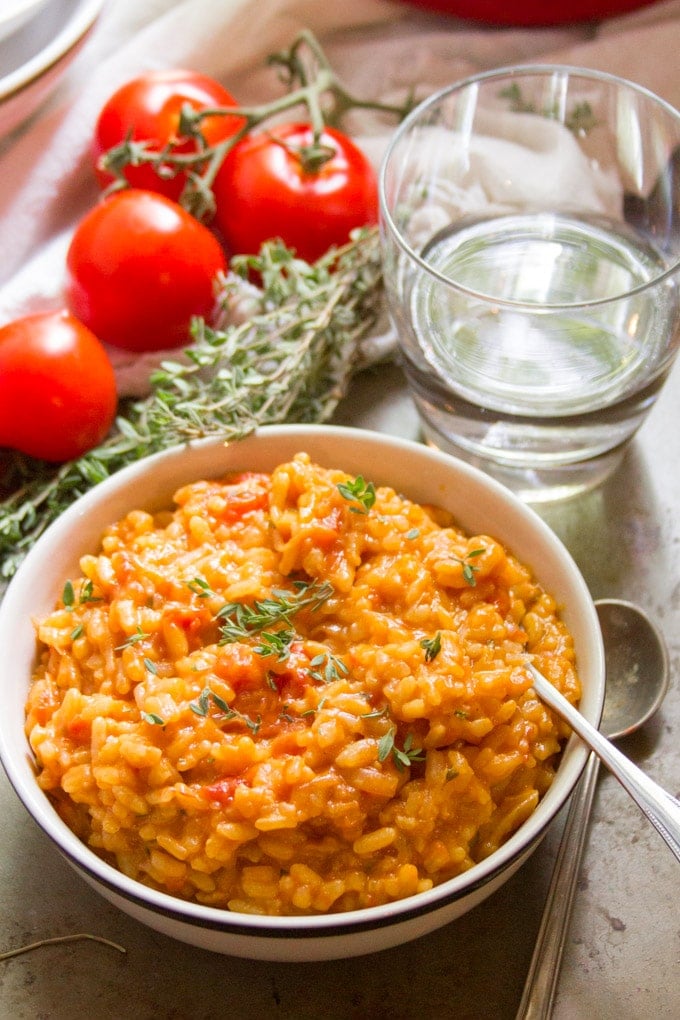 Last week I talked about how my zucchini plants are doing surprisingly well. Well equally surprising is the fact that my tomato plants are not doing to well. I usually can count on trusty old tomatoes, but this year for some reason they're looking really sad. It's still early, so hopefully they'll perk up!

In any event, I plan to post lots of tomato recipes this summer, whether or not the tomatoes come from my own garden.

For this tomato risotto recipe I used some nice looking store-bought on-the-vine tomatoes, but I also tested it out with canned ones, just in case you want to make this outside tomato season or just want an easier version of the recipe. 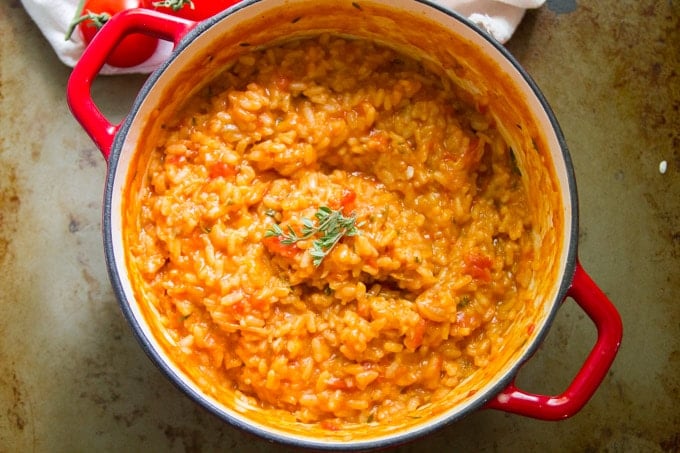 The fresh tomato version of the recipe calls for roasting the tomatoes. It's a bit more work, but the extra flavor you get makes it so worthwhile!

Halve your tomatoes, rub them with some olive oil, and pop them in the oven. They're done when the skins become wrinkly and maybe form some blisters. Let them cool, remove the skin and seeds, and chop them up. 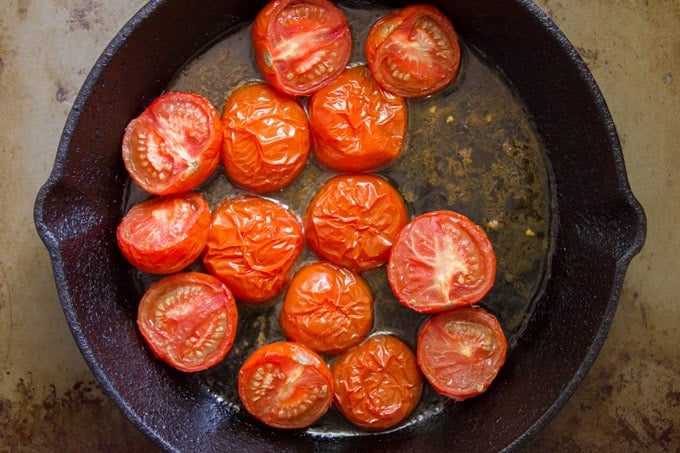 While the tomatoes roast you'll caramelize the onions. This can take a while, but it's mostly hands-off cooking. Once the onions are soft and brown, add the tomatoes, some wine and thyme. Simmer for a few, and then add the rice.

The trick with risotto is to just add a little bit of broth at a time and stir frequently. This is what enables the rice to get nice and creamy. 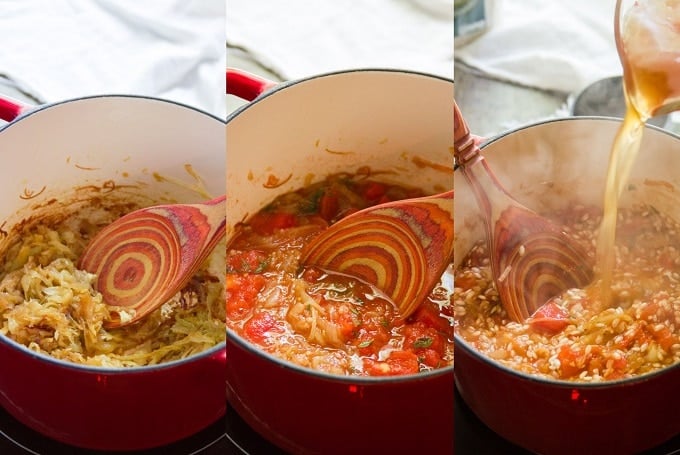 For extra creaminess I added some coconut milk when the rice was almost done cooking. 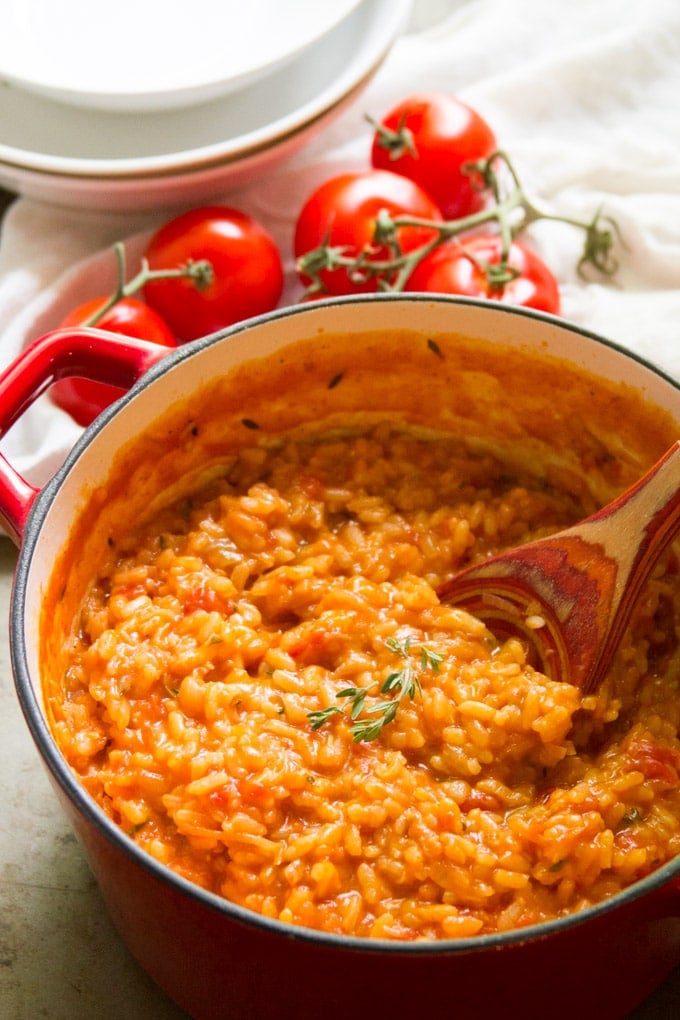 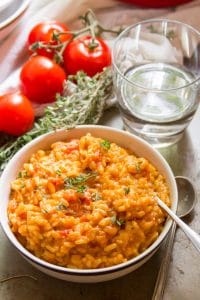 This creamy vegan tomato risotto is bursting with sweet and savory flavors from juicy roasted tomatoes, caramelized onions and a touch of thyme.