×
You are here: Home / Entrees / Spaghetti with Tempeh Vegan Ragù and Toasted Panko

Tomatoes, red wine and lots of spices are simmered with veggies and crumbled tempeh in a zesty vegan ragù that's served over pasta and topped with crunchy panko breadcrumbs. 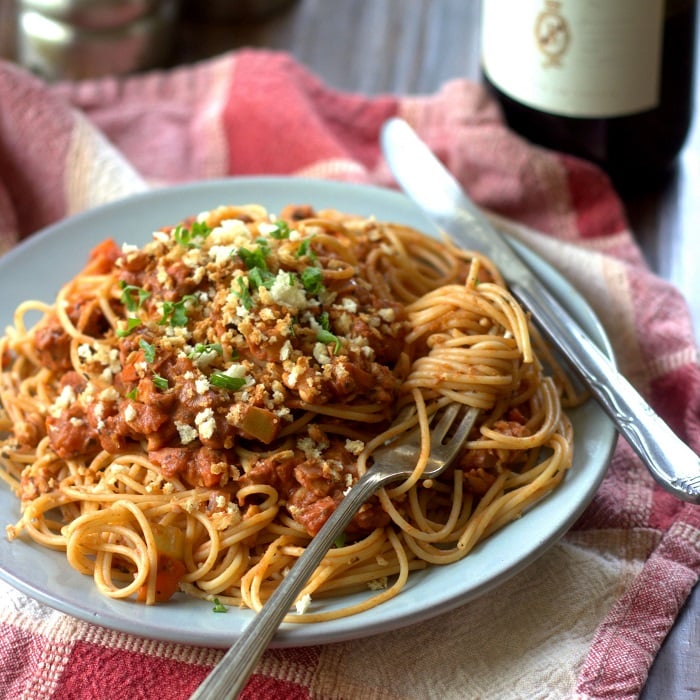 Apparently this week is all about tomatoes, in their various forms. I guess it makes sense, with tomato season approaching, but in fact, this one doesn't really make much sense at all, if you think about it.

I grew up in a house where pasta with tomato sauce was a frequent and favorite dinner, especially in the summer months. The reason for this being so nonsensical? Well, the tomatoes came out of a can. They were just as good in the winter. Nonetheless, I associate hot summer afternoons with the smell of tomato sauce simmering away on the stove.

Meat sauce was not a big thing with my family, for which I'm grateful, because I probably wouldn't have been into it. Regular old marinara was our favorite. So I had to learn all about meat sauce after I gave up meat completely and stated a vegan blog. Now that makes perfect sense. 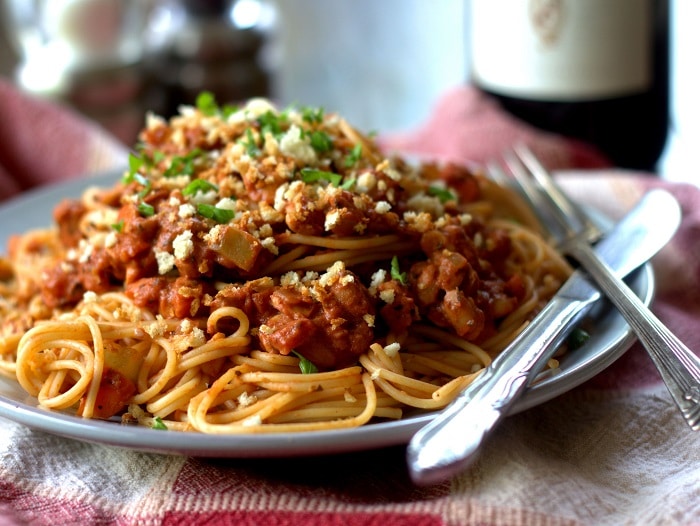 This actually isn't even my first vegan take on vegan meat sauce. Last year I tried this version with lentils in place of meat, which I dubbed "Bolognese." I got the itch the other day to try a tempeh version. I'm calling this one a ragù, just because I wanted to name it something different from my earlier version. I have no idea if my terminology is accurate here, so feel free to call them whatever you like.

I went heavy on the spices here, all Italian-centric, and lots of which you might normally find in a sausage recipe. I loved how the flavor came out, and this stuff was super hearty to boot. This was one of those pasta nights where the sauce made up more of the meal's bulk than the pasta. In other words, the best kind. 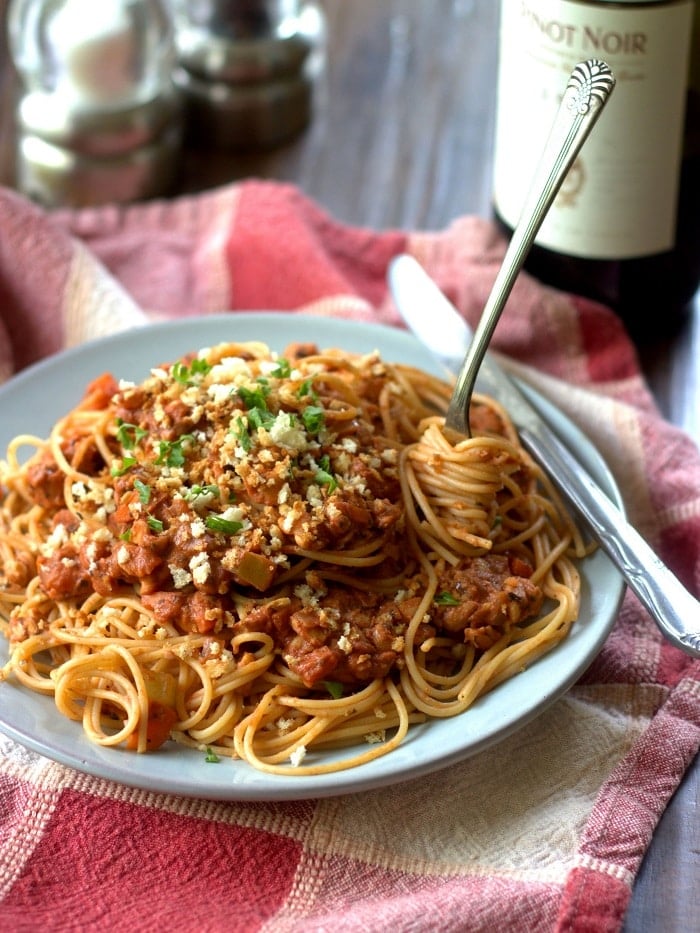 For the Toasted Panko

For the Tempeh Ragù