These dairy-free peanut butter quesadillas are made with juicy apples dressed in cinnamon and smothered in gooey melted peanut butter, stuffed in a crispy tortilla. 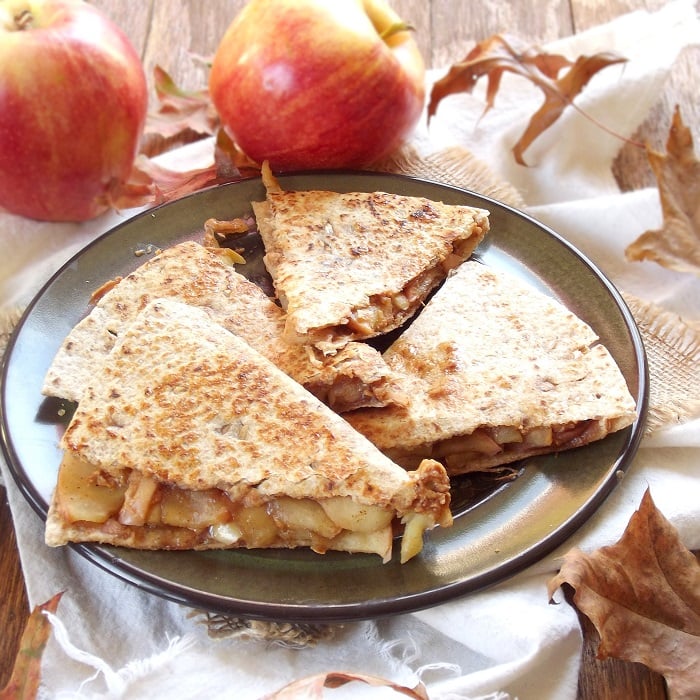 Just in case you were wondering, there's no queso in these peanut butter quesadillas. Hence the quotes in the title. Queso would be the cheese component of a quesadilla. I had an argument with a friend about this years ago, after he attempted to order a quesadilla with a request to "hold the cheese." I insisted that such was impossible, and what he was eating was a taco or fajita or something, anything other than a quesadilla, because a quesadilla must have, by definition, queso. This was before Wikipidea could answer all such questions. (Apparently I won.)

Here I am, years later, posting a quesadilla that doesn't even contain cheez (muchless cheese). What's the world coming to? Deliciousness. That's what. Who needs cheese when you got peanut butter? 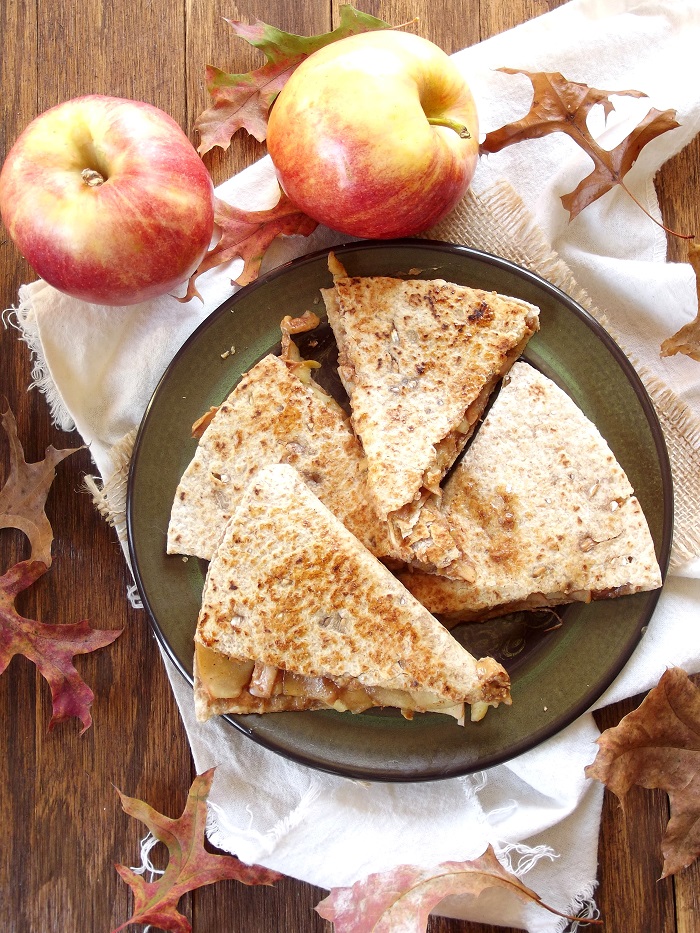 Actually, this recipe was inspired by a panini I made a while back that used almond butter instead of cheese. (Wikipedia is a little more waffly on the definition of "panini.") I actually heard from a reader who made that one with a tortilla in place of bread, so I thought I'd give that a shot here.

As was the case with my panini recipe, I can't really tell you when to eat this, but I'm sure you'll find the right time. I ate it for breakfast. It was perfect. 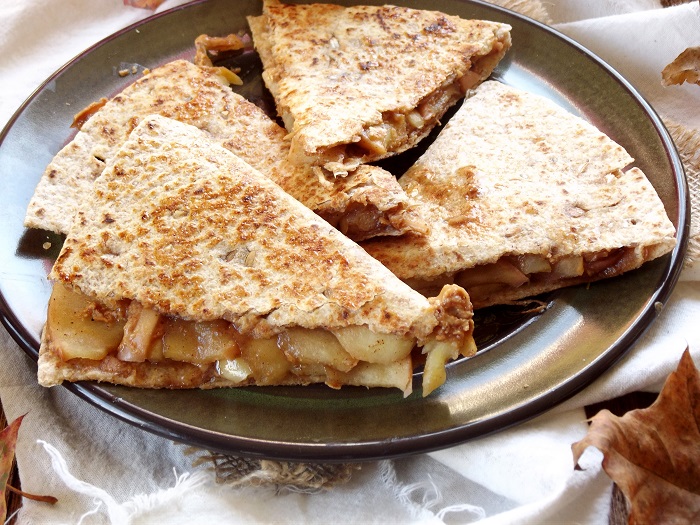 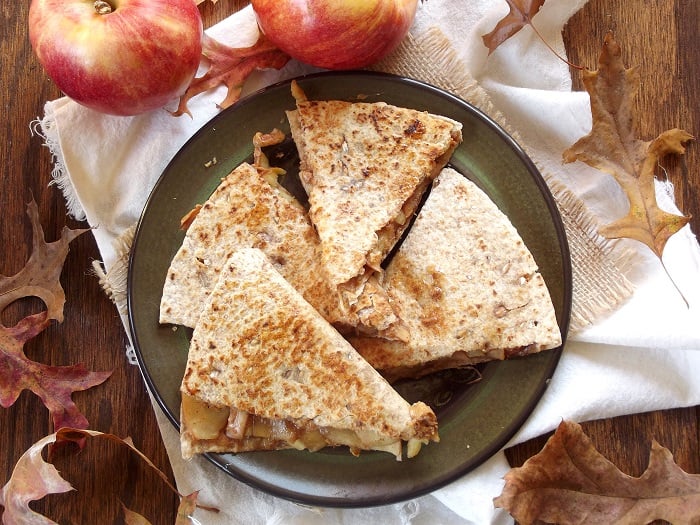