×
You are here: Home / Entrees / Vegan Hot and Sour Soup with Bok Choy 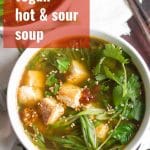 This vegan hot and sour soup is made with crispy tofu, bok choy and shiitake mushrooms, simmered up in a spicy, gingery broth.

My family didn't eat much Chinese food when I was growing up. I'd hang out with friends' families who'd take me to the Chinese buffets, where I'd simply stare, perplexed as to what could be in all of these strange looking food items, before settling on some wontons and egg rolls. Can't go wrong with fried stuff when you're a kid!

When I reached my late teens and early twenties, people began to assume I was well versed in the typical Chinese restaurant menu. Why wouldn't I be? Not only was Chinese food an American favorite, but I was a vegetarian, and that stuff was loaded with veggies. I'm a bit embarrassed to say that this was news to me.

So I went and I tried out a few of these Chinese places I'd been intimidated by for so long. I remained intimidated for a bit, and for a while I was too nervous to order anything but veggie lo mein. Eventually I branched out though. Hot and sour soup was one of my first shots at this. I loved hot, loved sour, and this soup had tofu! I was hooked, and this one has remained a favorite. When I lived in Philadelphia I would stop by an Asian market near my apartment, almost daily, and grab a quick cup for a dollar ninety-nine.

I eventually came up with my own recipe for vegan hot and sour soup, and it's been a lasting favorite. I start with a basic recipe, and add whatever veggies I happen to have a hankering for on that day. Carrots, water chestnuts, snow peas, and all sorts of greens go well. For this particular version I went with bok choy, which worked out excellently! 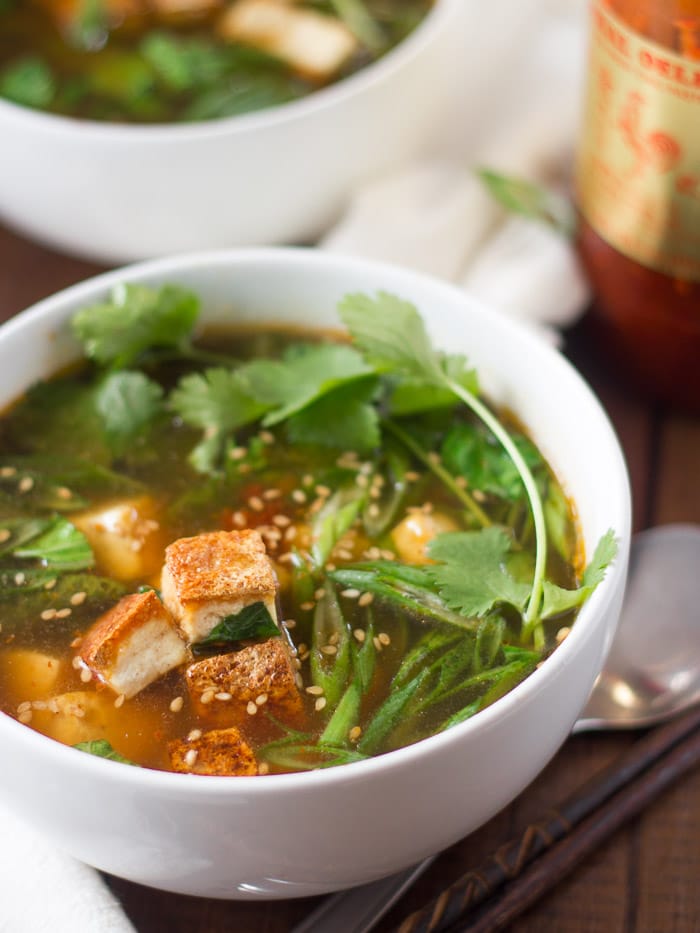