This hearty vegan porter chili is made with with eggplant chunks, lentils, and red bell peppers simmered in a spicy beer-infused tomato base.

I bought a whole six pack for this. That would be six whole beers! My initial instinct was to throw lots of beer into the chili, because that's the point right? Apparently not, because the first batch, which I ended up using two beers for, was way too strong. We ended up eating it as a topping for baked potatoes, which is good and all, but I don't think I'd want to down a whole bowl of the stuff, straight from the spoon. One beer for a big batch of chili ended up being perfect!

If you've been following along and doing calculations in your head, you've probably figured out that I ended up with three leftover beers, which I had no intention of drinking. I decided to eat those beers too! This means I've got a few more recipes coming up. These are for you, my fellow beer eaters.

Be careful when choosing your porter, as not all beers are veg friendly. When in doubt, search for your brew of choice on this list. 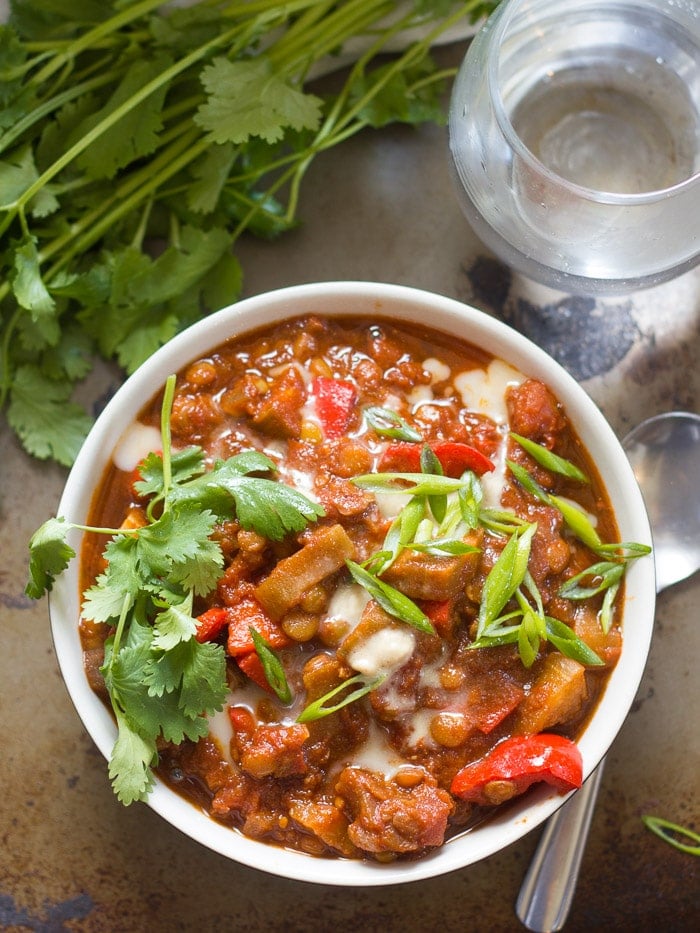 For Topping (pick your favorites):

Nutrition information does not include toppings.