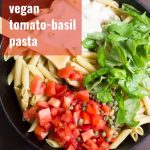 Penne pasta is drenched in creamy cashew sauce and tossed with juicy tomatoes and fresh basil to create this luscious vegan version of a summery Italian classic.

When I was growing up, after having gone vegetarian, my mom discovered a recipe for pasta Caprese, and it soon became the favorite of everyone in the house. It was a Cooking Light recipe, and I think a pretty popular one, so I'm sure you can find it if you're interested and do some poking around.

Anyhow, it was nice to have one of those rare meatless recipes that the omnivores (i.e. everyone else) enjoyed as much as the vegetarian (yours truly) and was totally suitable for serving company and was just about the easiest thing ever to make. Nobody ever complained about the lack of meat in that dish.

I think it's safe to say that my vegan version, even if it does go off track a bit, would totally please the palates of vegans, vegetarians and omnivores alike. In fact, I'm kind of guessing most dairy eaters wouldn't even realize this dish was vegan.

The main difference between my version of the dish and the one I grew up with is the creamy sauce. The original used chunks of fresh mozzarella, and while there's a million ways I could've tried to replicate this that may or may not be tasty as the original, I figured creamy sauce is always kind of sure thing, so I just went there. It was a good decision. I plopped a plate of this in front of my husband, and after he took a bite I asked if he remembered what my mom's pasta Caprese tasted like. "Yeah, like this." Mission accomplished. 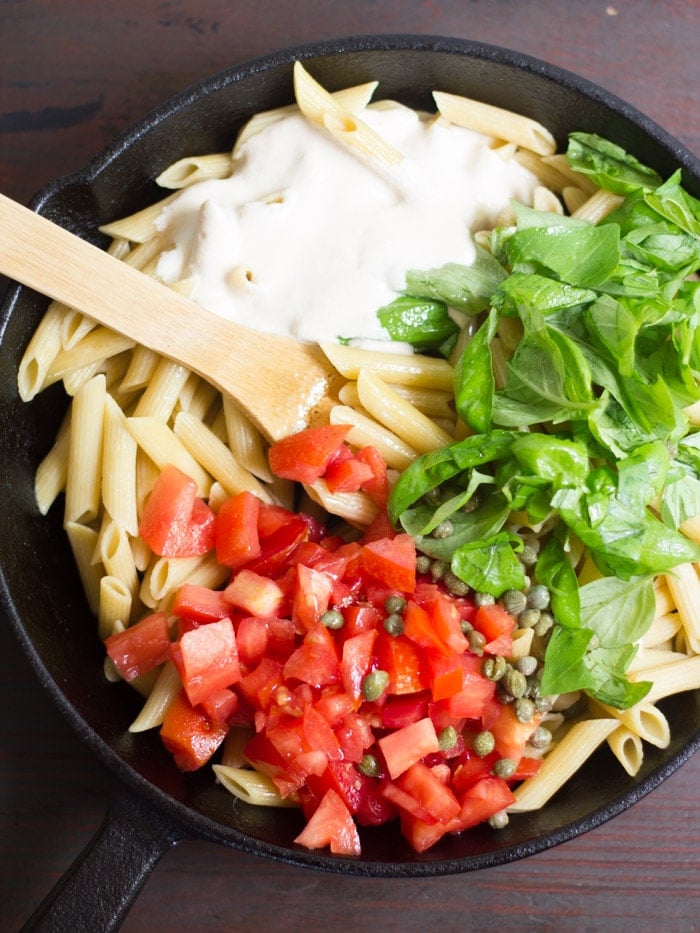 Prep time does not include soaking time for cashews.