This creamy pumpkin black bean soup is made with a rich coconut milk base and flavored with smoky chipotle pepper and a hint of cinnamon.

My husband and I are working our way through Game of Thrones. I know, we're way behind normal people, but we rely on Netflix for TV shows, and pretty much work our way through one series at a time. We're also reading each (loooooooooong) novel before watching each season in action form, so that's slowing us down too. Anyway, you know how in house Stark they go around saying "winter is coming," all serious like? All last month we went around our house saying "autumn is coming." That's our house saying, we decided. Because we pretty much devote the summer to getting excited about fall.

Oh, and if we had a house flag, the little animal on it would be a pudgy cat. We love pudgy cats as much as we love fall.

So I'll hope you'll excuse the abundance of pumpkin recipes coming from me (ahem, and every other food blogger in the northern hemisphere). I've spent a long time getting excited about this. On Game of Thrones, the summers can last for decades, and that's how long it fells like I've been waiting!

You can, in fact, enjoy this one any time of year you want. That's the beauty of canned pumpkin. I actually checked one year, and yes, it's available in July. The pumpkin flavor is subtle too, so it wouldn't be all that weird to eat this stuff in the middle of summer, if you're a summer soup kind of person. The pumpkin adds a little flavor and a lot of creaminess. I threw a little bit of cinnamon in there, just to remind you that it is, in fact, autumn. I couldn't be happier. 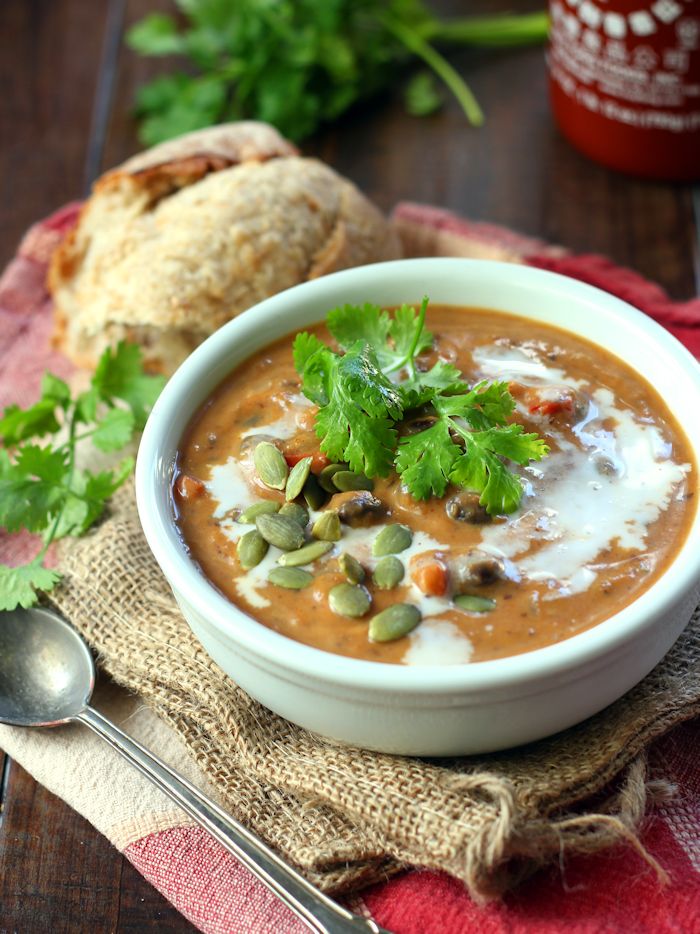 The chipotle pepper adds a bit of heat. If you aren't into that, try cutting it with some smoked paprika.