This spicy Vegan vindaloo, packed with seitan, potatoes and spicy flavor, comes straight from This Ain't No Picnic: Your Vegan Punk Rock Cookbook. 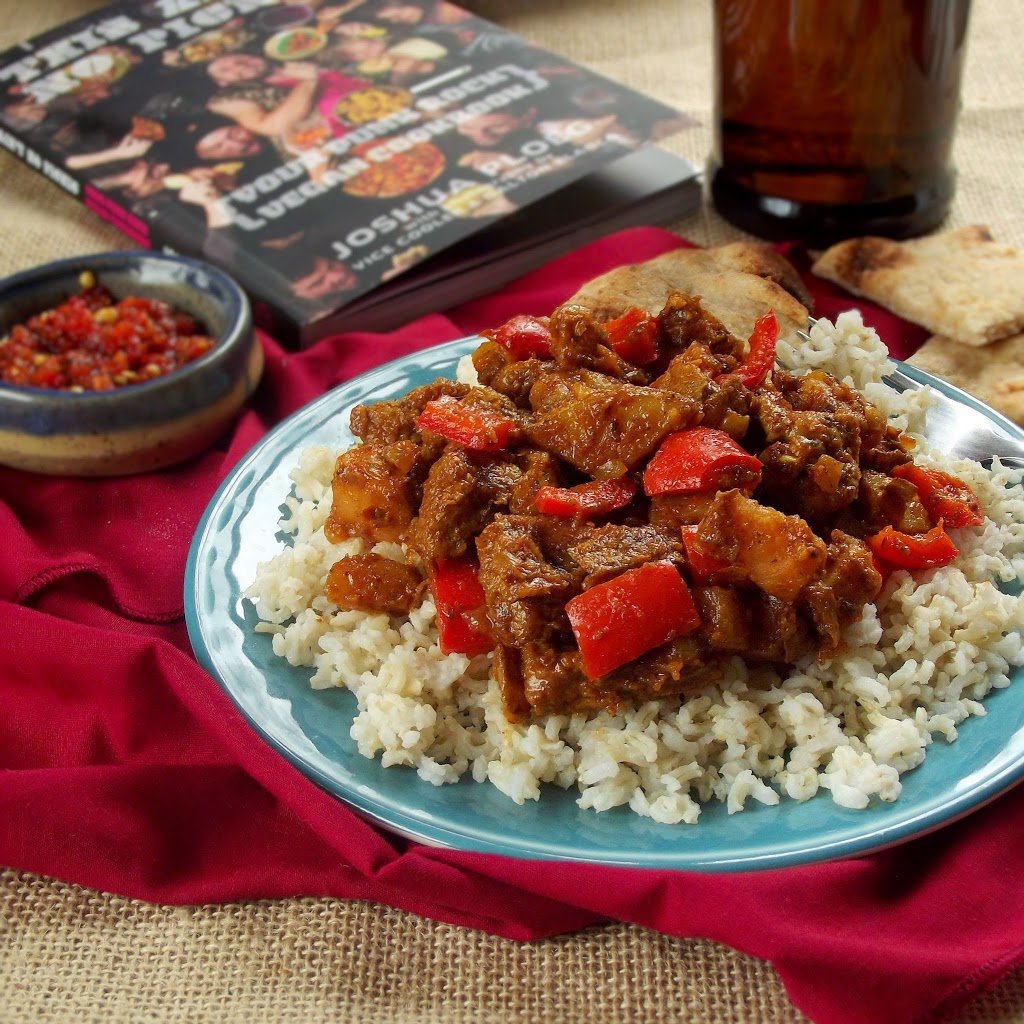 Indian food has never been one of my strong points. Scratch that. I'm intimidated by Indian food. Cooking Indian food, I mean. I've got no problem eating it. There's so much flavor going on. Forgive me if I'm a little scared that I won't capture it all.

One guy who isn't afraid of Indian food is Joshua Ploeg. Upon receiving a review copy of his new cookbook This Ain't No Picnic: Your Punk Rock Vegan Cookbook, I was pleased to find a recipe for vegan vindaloo within the first few pages. Tonight's dinner...sold!

So let's talk about this cookbook. Every recipe is inspired by a punk rock song. As soon as I found out about this I was on board. (The vindaloo was inspired by Ramones "I Just Wanna Have Something to Do," in case you were wondering.) Flip through the book and what you will find it better resembles a zine you might pick up at a punk show, more so than a typical cookbook. The recipes range from restaurant worthy (lentil loaf, burrito with cucumber salsa) to quick and dirty (zippo smores, credit card sandwich), but it's clear Joshua knows what he's doing in the kitchen. 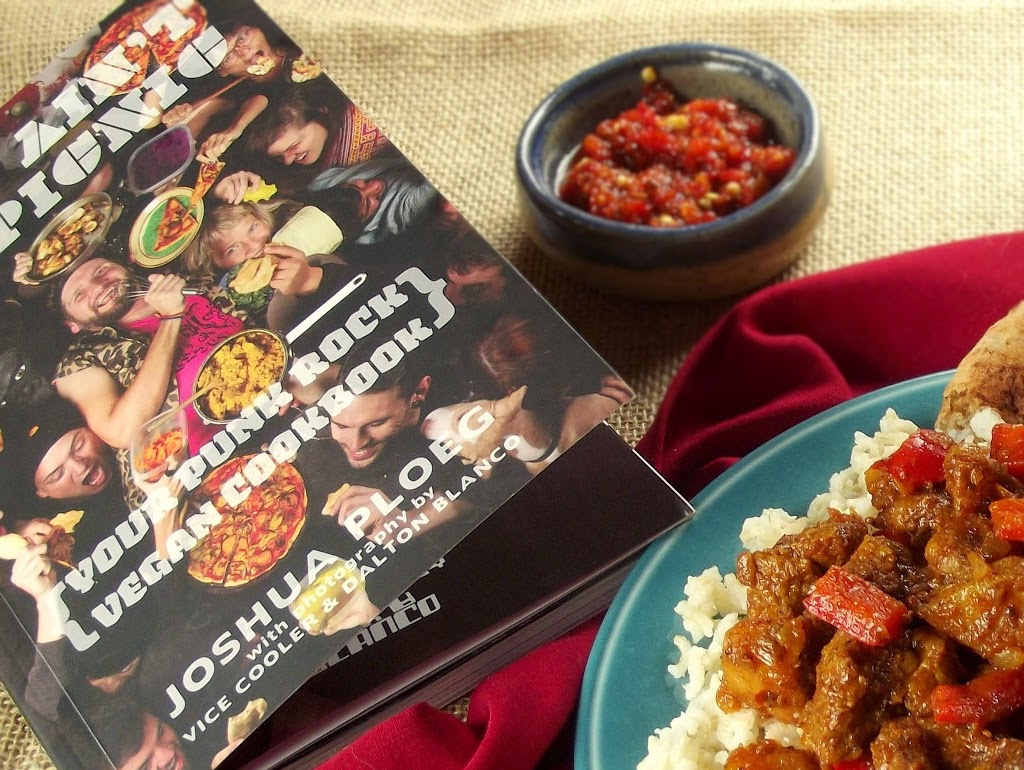 Another thing, and this is important. As the title clearly indicates, this is "Your Punk Rock Vegan Cookbook." This isn't your grandma's punk rock vegan cookbook, and you might not want it to be your teenage kid's punk rock vegan cookbook. It's definitely a grown up vegan punk rock cookbook and if you're easily put off by words and other content that might appear in punk rock culture, then don't buy it, keeping in mind, and I'm quoting Joshua here, "punk means different things to different people." If you don't know what I'm talking about and can't fare a good guess, this book probably isn't for you. If you're amused and/or curious as to what I'm talking about then this book might just be for you. And of course if you spent a good deal of time at punk shows and vegan potlucks where punk rock was a central theme, then you probably know what to expect, so you decide. That's all I'm gonna say. 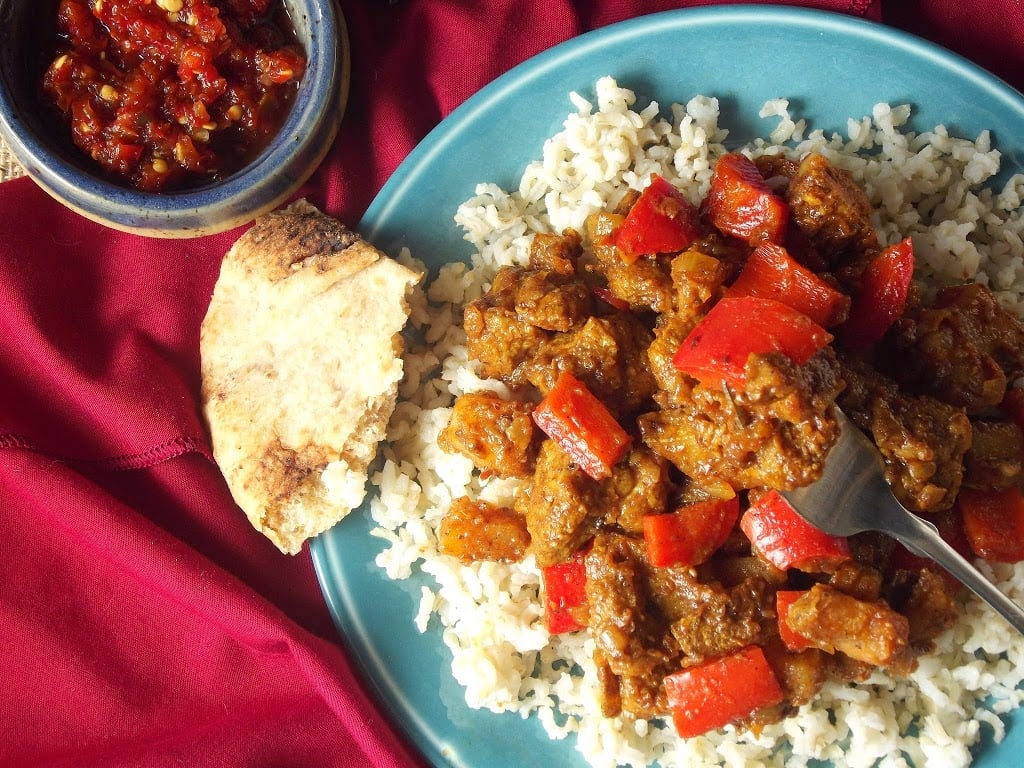 On to the vegan vindaloo. It was goooooood. I finally have some impressive Indian food to serve house guests. This stuff was packed with flavor, and that shouldn't be a surprise because it contains lots of spices. Also, in case you didn't know, vindaloo is hot. There are multiple routes for cutting back on the heat, and since I live in a mixed household as far as spice is concerned, I left out the fresh hot pepper and simply added some chili paste to my own dish at the end. For the vegan "chickn" I went with two eight ounce packages of seitan cubes, which worked out nicely. Joshua suggests subbing tofu, musrooms or eggplant if you aren't into fake meat. Now that I've tried the dish myself I think eggplant would go really well, and I might sub half of the seitan with eggplant next time. What I can say for certain is that this recipe is a keeper and I'm pretty psyched to try some of the others. 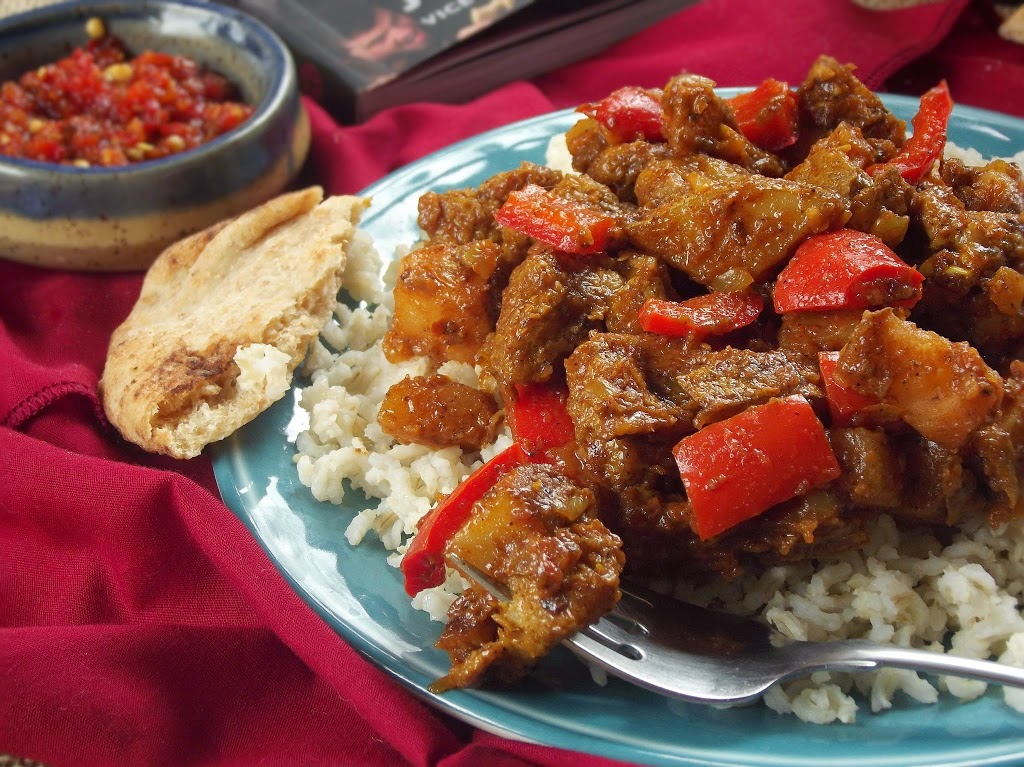 For the Vindaloo Paste

To Make the Vindaloo Paste

To Make the Vindaloo 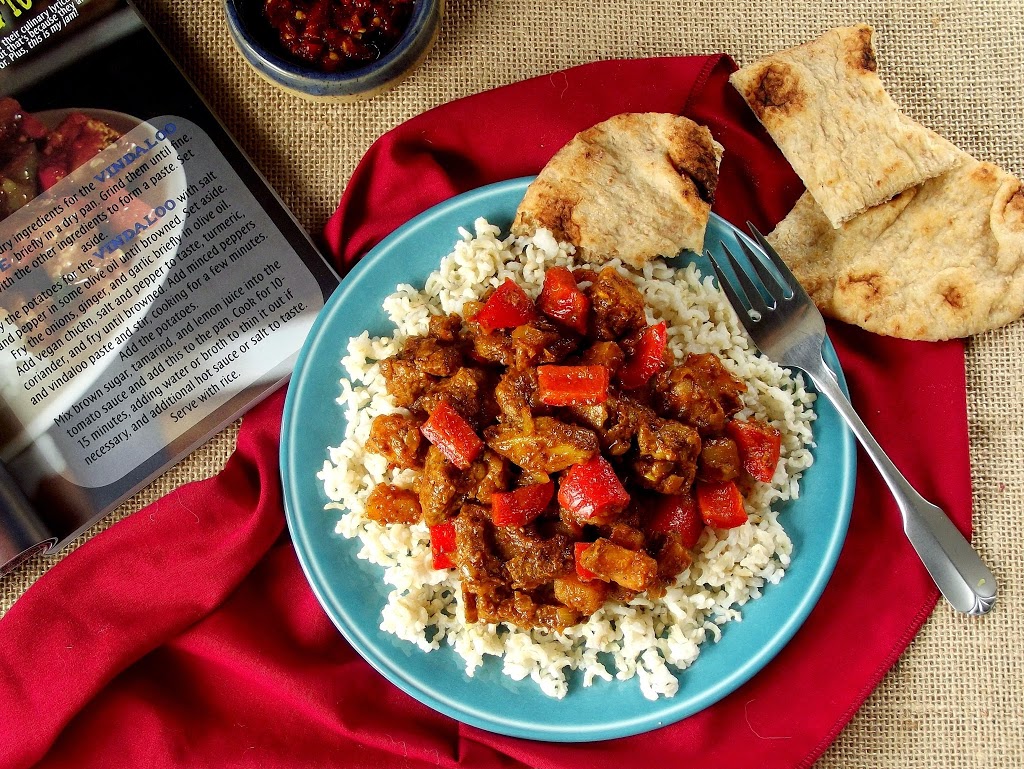