I can't even begin to tell you guys how much I loved these brownies. Loved them! So much! Holy moly!

Here's the thing: I have a hard time with brownie recipes. I don't know what it is, but they're a pain. It might have something to do with the fact that I tend to feel the need to come up with off-the-wall flavors and stir-ins and such, because we all have a basic brownie recipe, right? And in the case of most of my readers, you probably already have a basic vegan brownie recipe.

So I made these more out of fun than anything, thinking pretty much that it's high time I got into the current millennium and tried some black bean brownies, like the rest of the internet.

One, this recipe was so easy to develop. It was super intuitive. Maybe I got lucky, but I threw some beans into the food processor along with a bunch of other ingredients until it tasted, looked, and felt like brownie batter. Magically, it worked out!

Secondly, these were just maybe my favorite brownies ever. Fudgy, chocolatey, and not beany tasting at all. That's not to say the peanut butter swirl and chocolate chips on top didn't help (because how could they not?), but the brownies themselves are solid.

I just whipped up a brand new batch for the holiday weekend, so I thought it was about time I got to sharing the recipe, in case any of you would like to do the same. 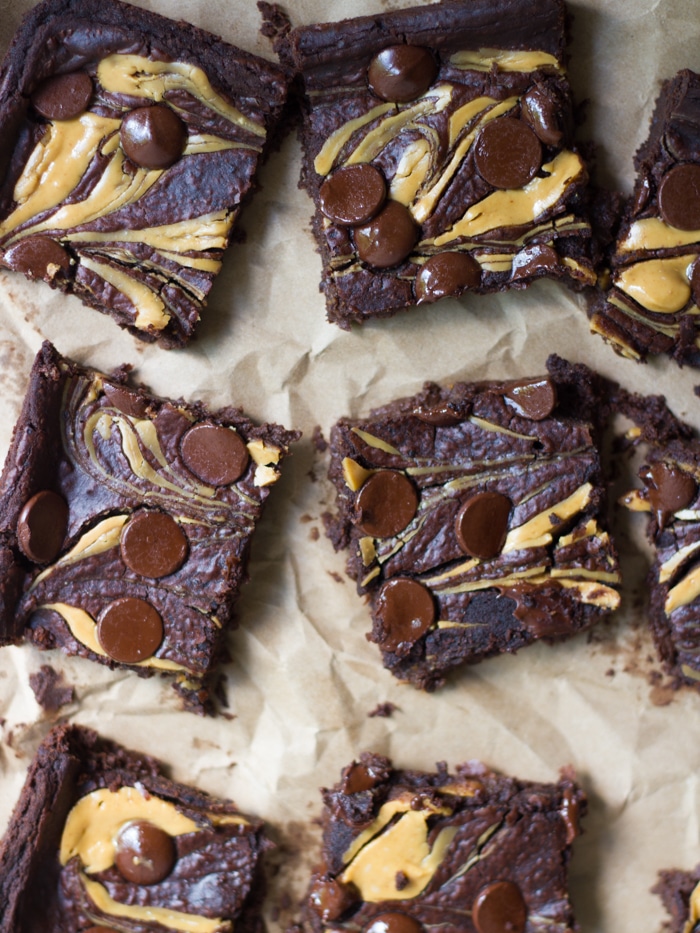