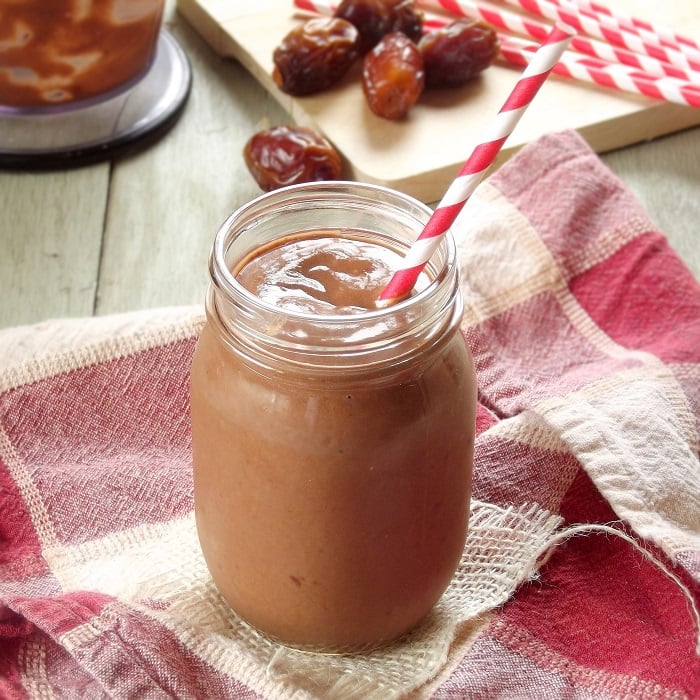 Actually, when I made this I thought I was brilliant in coming up with a way to sneak veggies (i.e., pumpkin) into a smoothie), and didn't mean at all for this to come off as an indulgent treat. It does taste like an indulgent treat though. Like, more rich and indulgent than my normal smoothies. Even more rich and indulgent than my richer smoothies - you know, the ones I put a couple spoonfuls of nut butter into, and it's all pretty much attributable to the pumpkin.

This was probably the thickest smoothie I've ever blended and blogged. In the photos I've shown it with a straw, but that was before I attempted drinking it with a straw, which could have been done, but a spoon worked out way better. 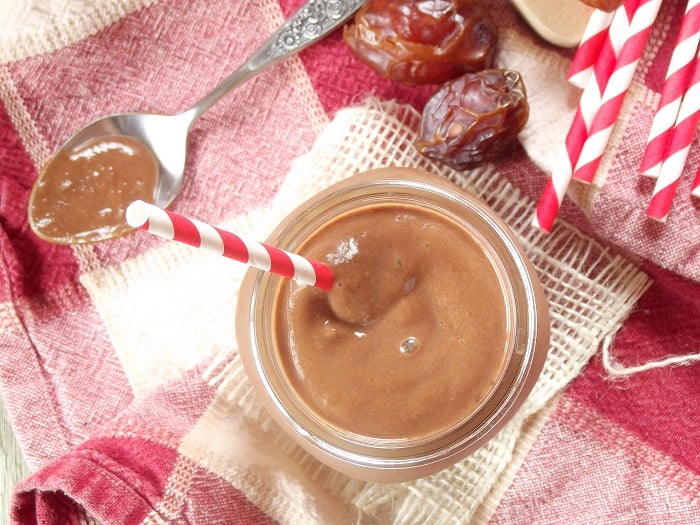 The other rich and indulgent part of this smoothie? Chocolate, which is also health food! Really, it is. Look it up. It's all the added fat and sugar that normally come along for the ride that's bad, and I didn't add all that much of either here. 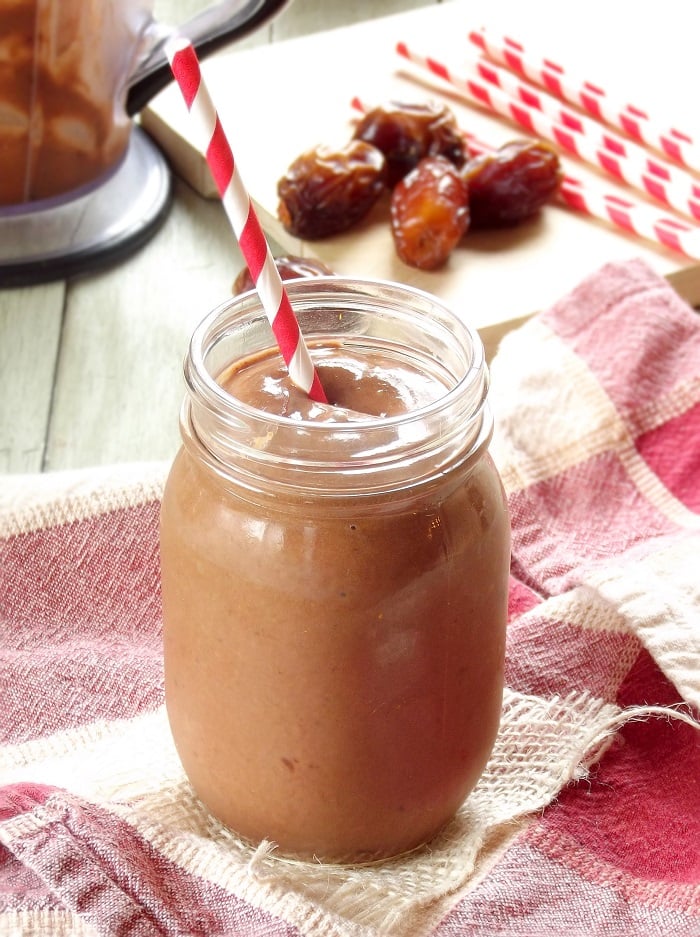 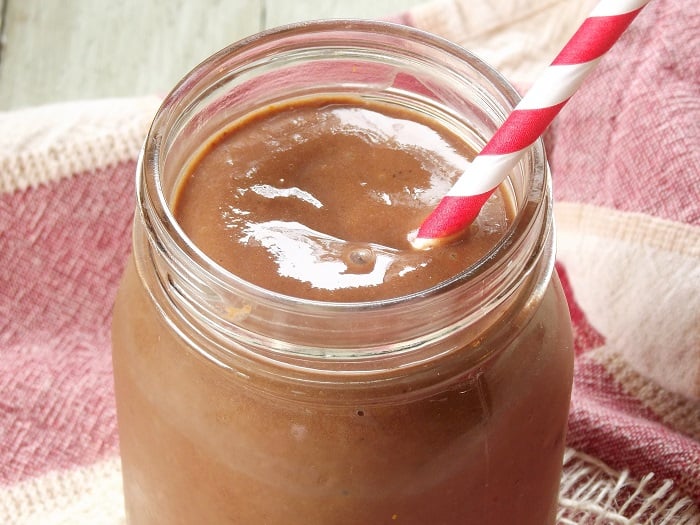