This is the best pie I've ever tasted. I'm serious. I do not joke about dessert. Make this pie.

I've never had a conventional mud pie, but I had a general idea of what's involved. A bit of recipe searching revealed that there's definitely some freestyling going in when it comes to mud pie creation, but the common theme seems to be multiple layers of rich, sweet, gooeyness, with chocolate making repeated appearances. My chocolate whipped coconut cream concoction screamed of that kind of rich, sweet, gooeyness. Mud pie it was.

Even knowing how good this would be from the start, I became more and more excited as I went along the steps, tasting each layer and reveling in its unique deliciousness. As I often do, I repeated shouted from the kitchen to my boyfriend in the living room about just how awesome this would be. Apparently I didn't prepare him enough because when I served the pie that evening to him and some friends his reaction was shocked delight. "This is happiness," were the first words out of his mouth. "Mmmmms" and "ahhhs" sprung from the other happy mouths around the table. A few friends commented on the crust being exceptionally good, which baffled me initially, thinking it was just an ordinary graham cracker crust. It wasn't until later on that I realized the layer of melted chocolate just overtop of the crust created a toffee-like base.

In the end this pie came together with an almost magical synergy. From here on out this will be my go-to dessert for impressing people. 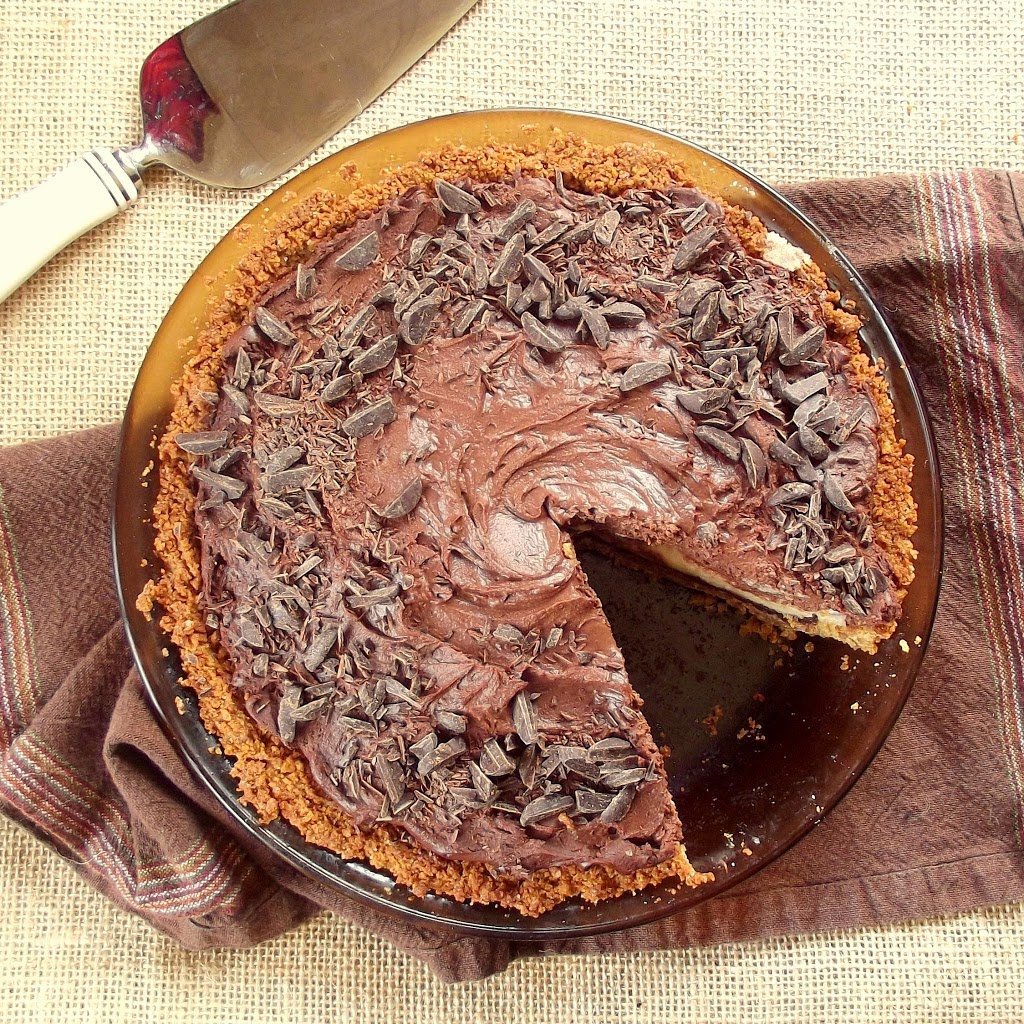