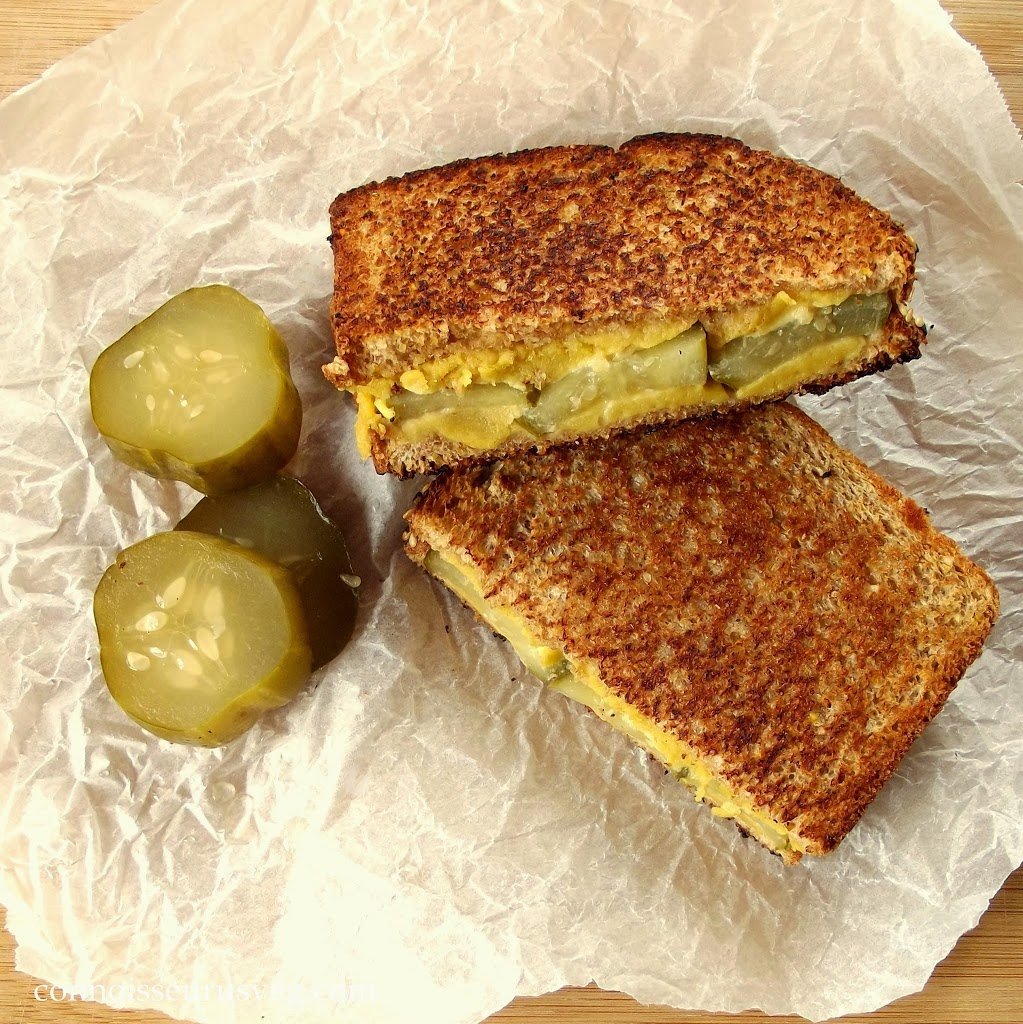 Benjamin Franklin once said "Hunger is the best pickle." As a food lover and pickle lover, I've got to agree with him on that.

The two creations that are the subject of this post were inspired when my mom gave me a couple jars of Dynamite Dill Pickles. Garlic Deli Dill Pickles and Jalapeno Garlic Dill Pickles, to be more exact. The owner of Dynamite Dill is a friend of hers, and being a family friend and local producer of what I consider to be something delicious, I thought it'd be nice to give her a shout out on the blog. 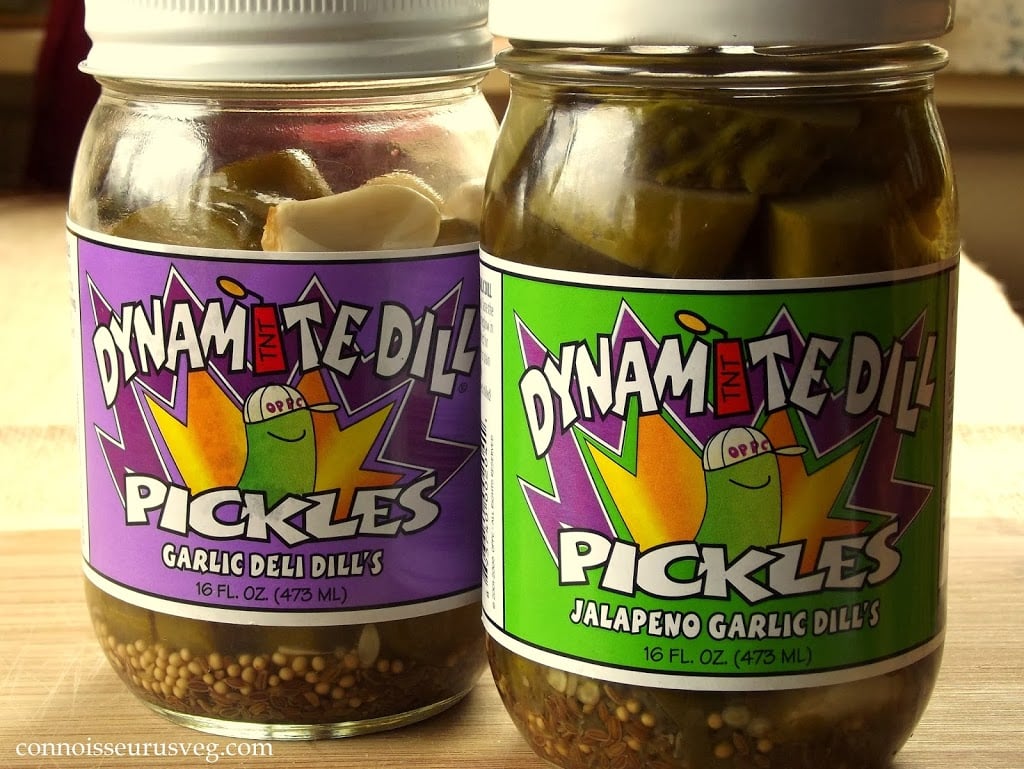 It's also always a fun challenge for me to pick out some food or ingredient and craft a recipe around it. While pickles work their way into quite a few of my sandwiches, I've never exactly designed a recipe around them. I'll admit I was at a loss for a bit. Not only because designing around a new ingredient was challenging, but also because everything I came up with seemed summery. You know, salads and such. One thing I recognized though was that the Super Bowl is coming up. I'm not a football fan myself, but I've been known to hang around people watching football for the food...at least if it's good food. Obviously I'm not a wings and burgers kind of girl, but tasty plant-based snacks and sandwiches I can get down with.

The answer came upon me one day as I was contemplating some new recipes for nut-based cheeses. A while back I posted my results on this recipe from Artisan Vegan Cheese. You can read about my experience with the recipe, along with some yummy vegan quesadillas, here. As noted in my post, everything was delicious, but I mentioned the possibility of buying your vegan cheese because I really don't expect most people to be up for growing stuff on the counter for several days in order to generate a batch of cheese. I was contemplating a simpler substitute for that sour, tangy rejuvelac, when it came to me...pickle juice is both of those things!

So I went ahead and adapted a version of Miyoko's recipe, using pickle juice in place of the rejuvelac. It turned out delicious! And yes, there is a subtle dill pickle undertone to the cheese, which makes it perfect for sandwiches. For this sandwich, I grilled it up, along with some Dynamite Dill Pickle slices. The result was fantastic, and exactly what I'd predict any plant-eating football fans are going to want to chow down on on Superbowl Sunday. 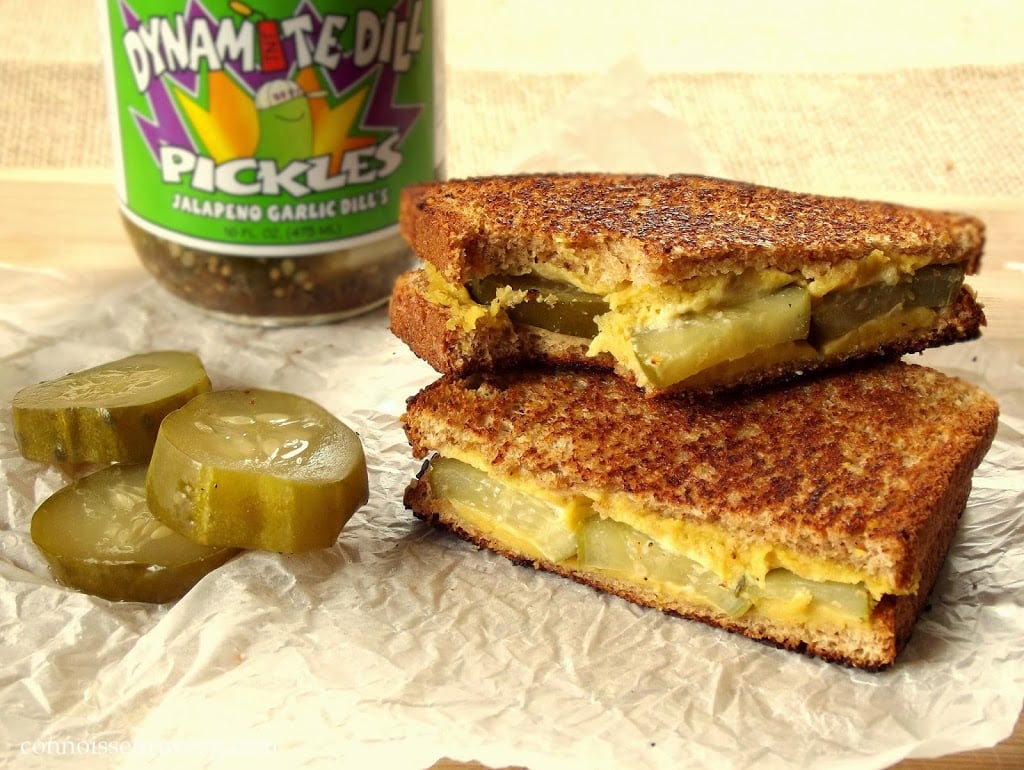 As for the Dynamite Dill Pickles, I had to thank my mom for this gift because they were freaking delicious. I was the lucky recipient of one jar of Garlic Deli Dill Pickles and one jar of Jalapeno Garlic Dill Pickles. I used the Garlic Deli Dill Pickles for this recipe, for no other reason than the fact that I felt like I was going out on a limb and this seemed like the safer choice, but now that I've been chomping away at both varieties right out of the jar, I'm becoming a bit partial to the Jalapeno Garlic Dill Pickles and thinking I might have to use those for my next batch. The kick is rather mild but these slices are full of jalapeno flavor.

As with my previous cashew cheese post, I opted to use agar agar powder for firming the cheese. If you want more melty perfection, refer back to Miyoko's recipe for carrageenan as a substitute. I kept the amount pretty low, which means the cheese will turn out rather soft, but which also means it will melt. If you want a sliceable cheese, double the amount of agar agar. 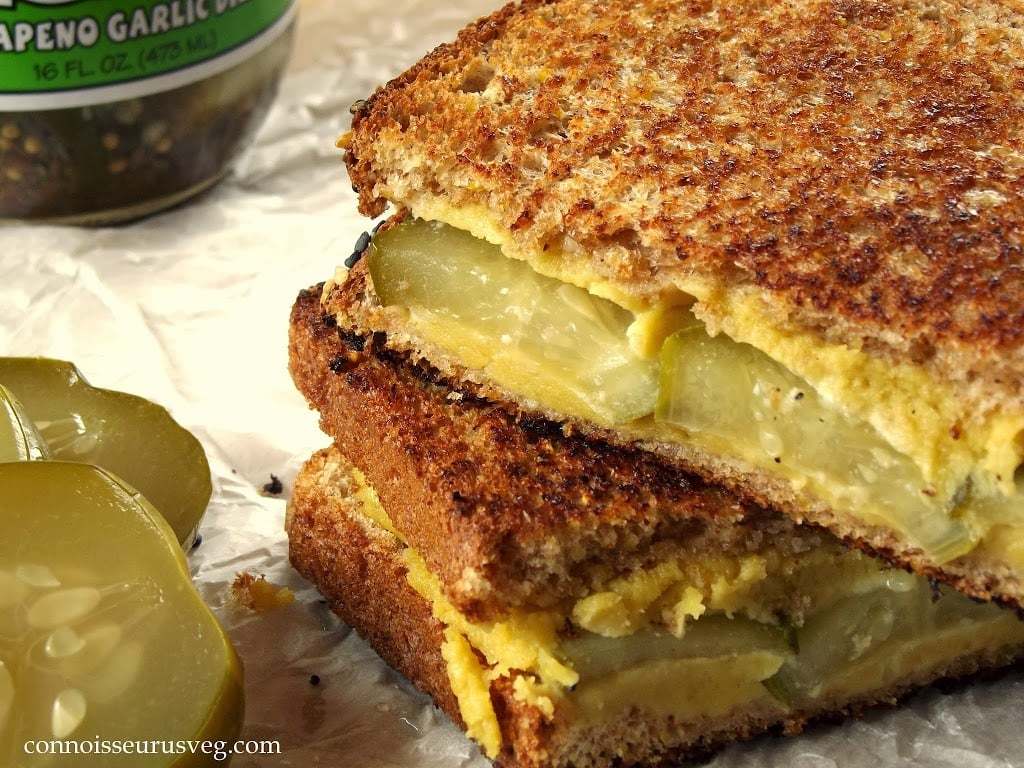 For the Pickle Cheddar 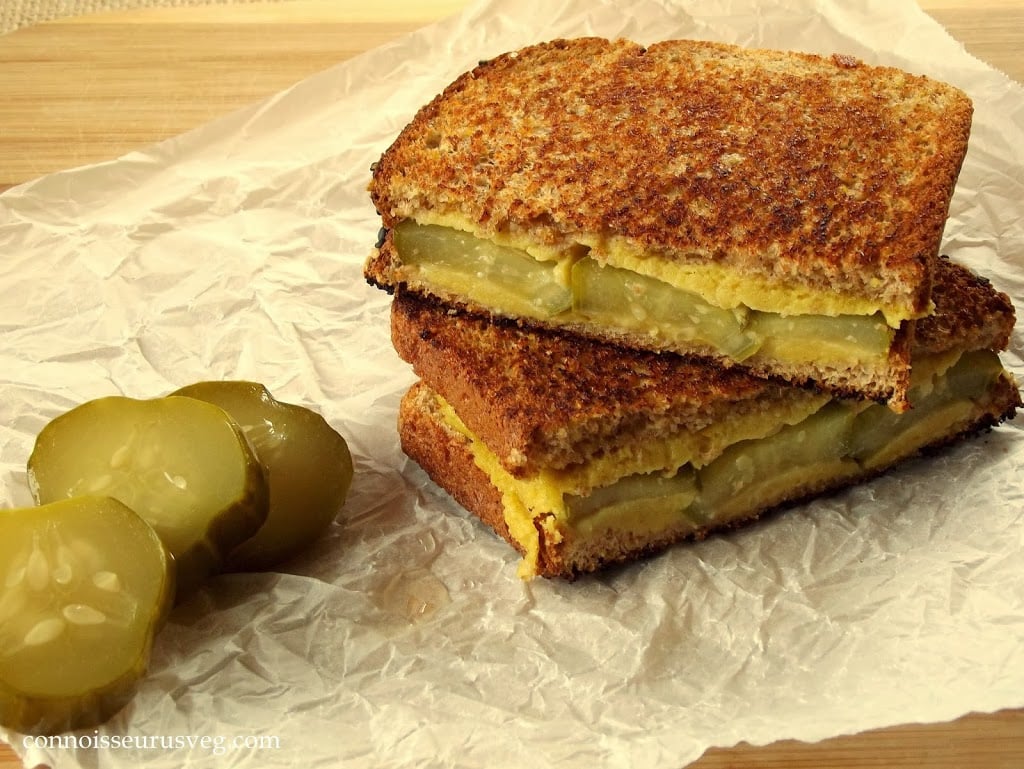