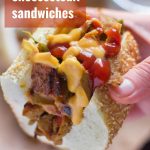 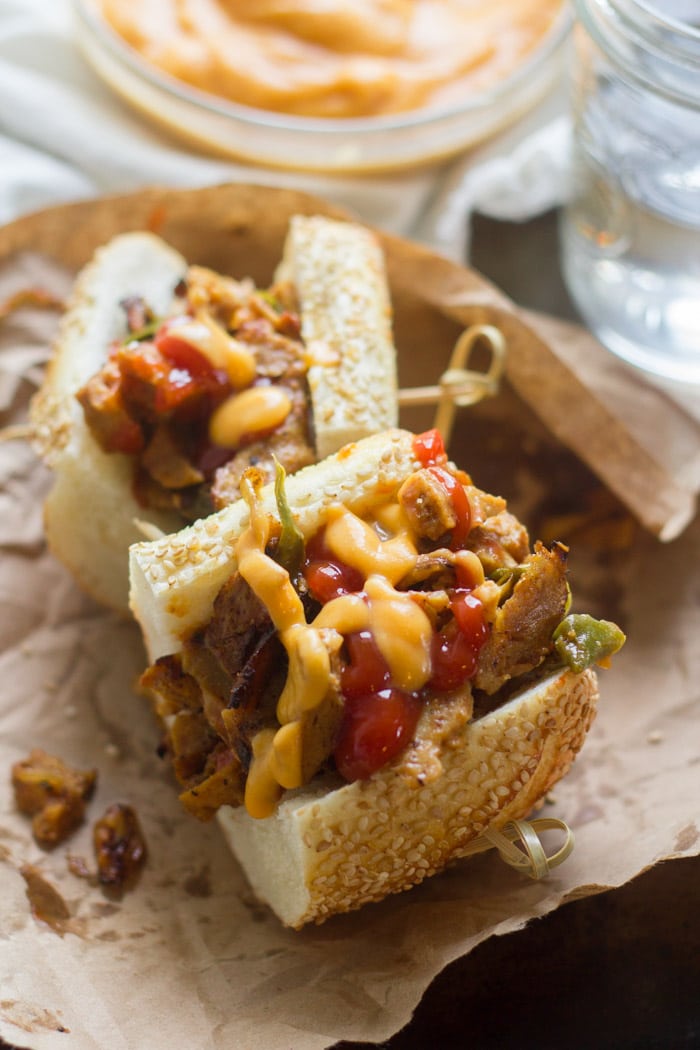 I'm from Philadelphia, so this was bound to happen eventually. I mean, it does make me an expert on Philly cheesesteaks, right? I modeled this delectable vegan creation after my favorite greasy sandwich from my favorite south Philly steak shop.

Kidding! I've never even been to a south Philly steak shop, unless you count cute a little café in the Italian market neighborhood where they sold seitan steak sandwiches. Those are the only cheesesteaks I've ever eaten. Based on my limited cheesesteak dining experience, my assessment is that cheesesteaks rule! 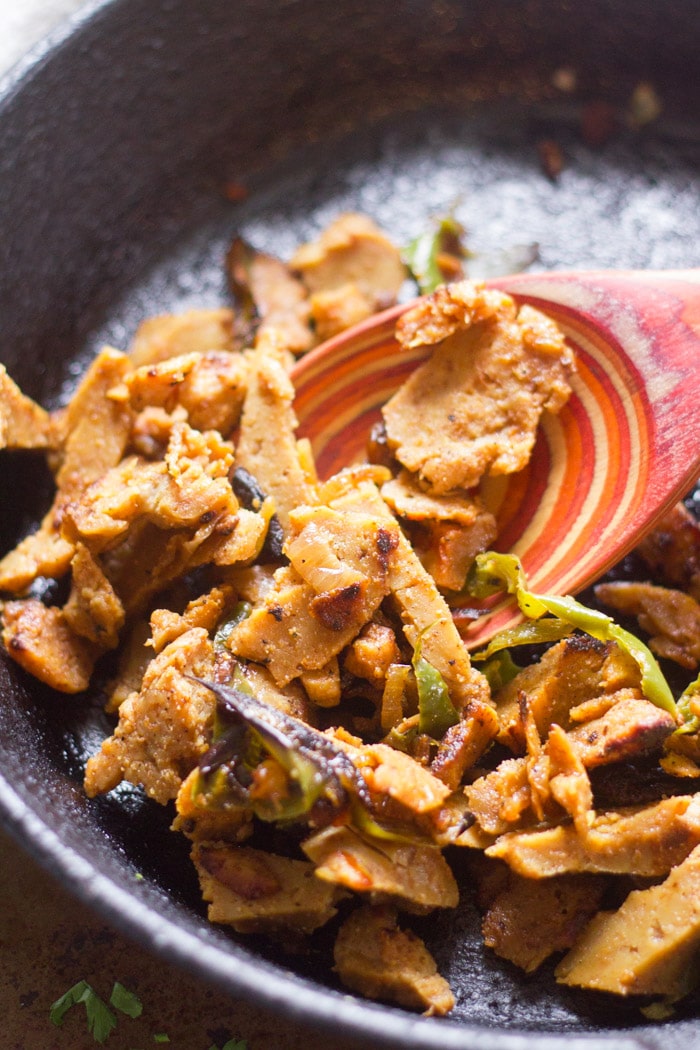 I tried for years to recreate the seitan steak sandwich that I'd enjoyed so many times at that little café. My first attempts weren't bad - they were just a little soggy and not all that flavorful. These, on the other hand, were fantastic. I attribute that to a few things.

First, seasonings. Long hots, garlic, paprika...as far as I know, these aren't normally a part of normal cheesesteak sandwiches, but neither is seitan or sweet potato cheese, so whatever. They make it taste good! The heat from the peppers in particular really adds something, and as my old favorite veggie steak from the Italian market had long hots, so does my new favorite.

Then there's the oil. This recipe doesn't call for a ton of oil, but for a long time I told myself I wanted a healthy cheesesteak, so I used virtually no oil. That's why my early versions were on the soggy side. Just the right amount of oil and heat gets you some nice crispy little edges on the seitan, which makes a huge difference. 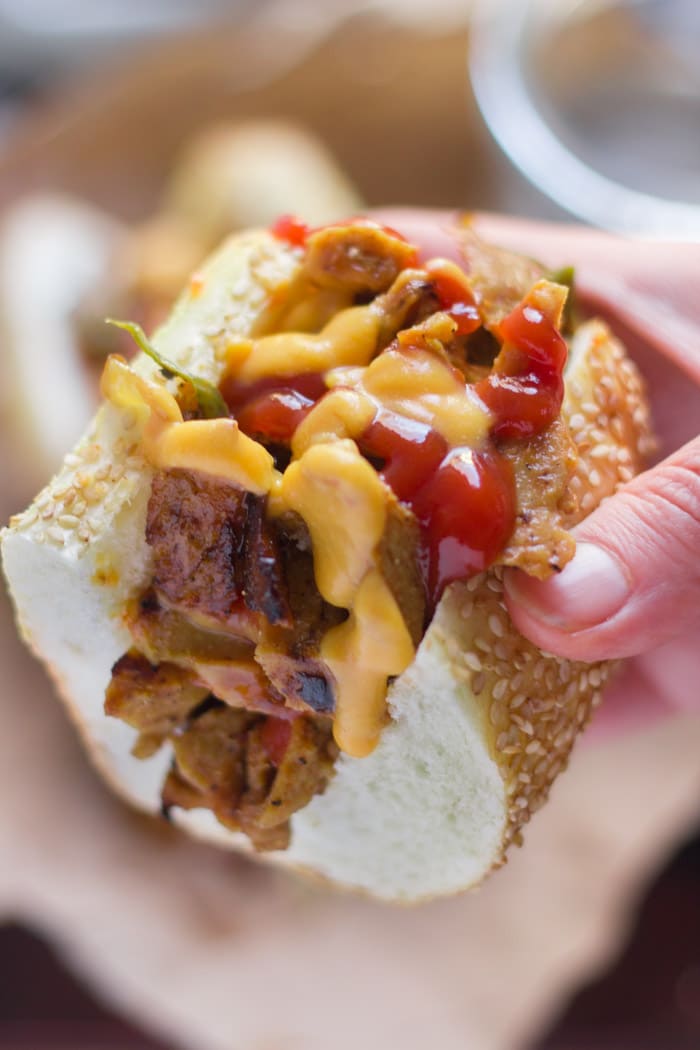 Finally, the cheese. The seitan steak that I used to eat in Philly was made with dairy cheese, but I wanted a vegan version. I had a hard time figuring out what to do about this for a while. The conventional cheesesteaks I've seen all come with an orange squirty cheese on top. I'm not big on commercial vegan cheeses, and not even sure if anyone has attempted to replicate orange squirty cheesesteak cheese. One day I realized I'd inadvertently created my own vegan version of orange squirty cheese. What an amusing revelation that was. Anyhow, it worked out perfect, and while I can't necessarily comment on the authenticity of the finished product, I can promise that it is absolutely delicious. 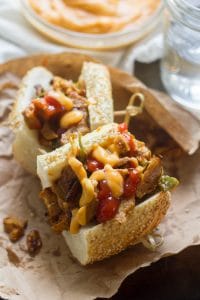