This vegan panini is stuffed with creamy cashew cheese, pear slices and fresh rosemary. The perfect toasty lunch for a fall day! 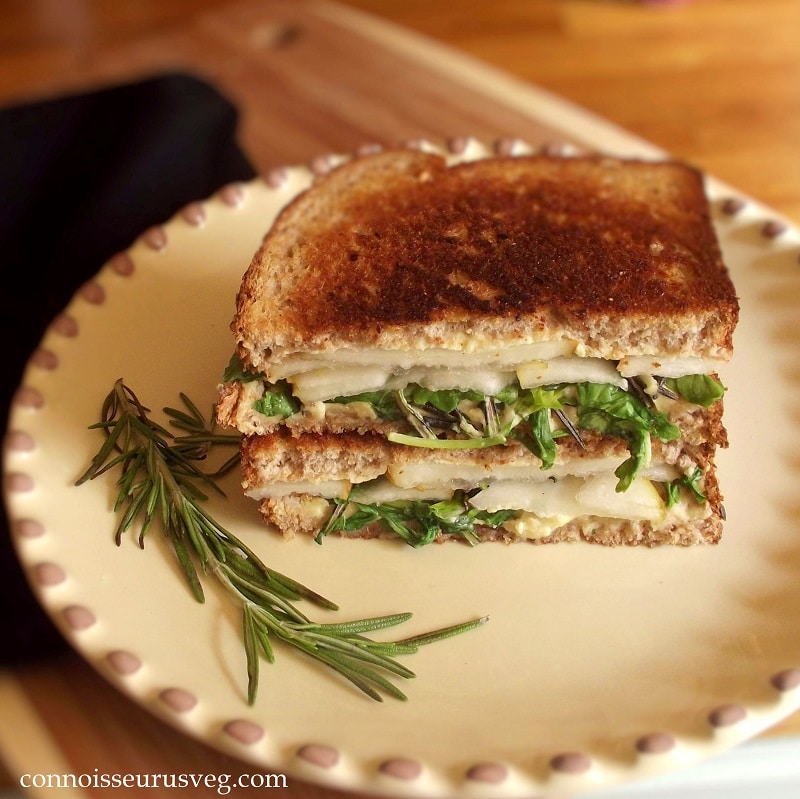 I was hoping to do more vegan cheese experimentation when I created this sandwich. I’m finding it to be incredibly fun and satisfying. If you’re not up to date on my DIY vegan cheese experiments, check out this post and this one. My vegan cashew cream cheese recipe turned out to be one of my most popular posts, so I thought that might be a good starting point. For this recipe, I initially tried adding agar in order to get a more solid cheese, thinking it would make a great brie substitute. With brie in mind, I thought a nice autumn-esque pear panini would be a delicious vegan treat. In the end I decided the agar wasn’t necessary. If you’re versed the world of agar-agar, you’ll know that it’s a vegan ingredient made from algae that is often used as a gelatin substitute. It’s also often used to solidify vegan cheeses. The problem is, it doesn’t melt all that great. Carrageenan is another vegan algae based ingredient that serves lots of the same purposes as agar, with the added benefit of melting, but lots of folks object to carrageenan over possible health concerns. You can get away with agar in some melty vegan cheese recipes, but you won’t always be able to recreate the melting action of dairy cheese.

I wanted something that would make a meltilicious pear and rosemary panini. What was I to do? Nothing! If I was just gonna melt the cheese anyway, why bother solidifying it? Guess what? It worked out perfectly. Added bonus: they were even easier to make. No heating, mixing, waiting to solidify. Could you go the super easy route and use a commercial vegan cream cheese? Probably, but I haven’t tried it so I can’t make any guarantees. 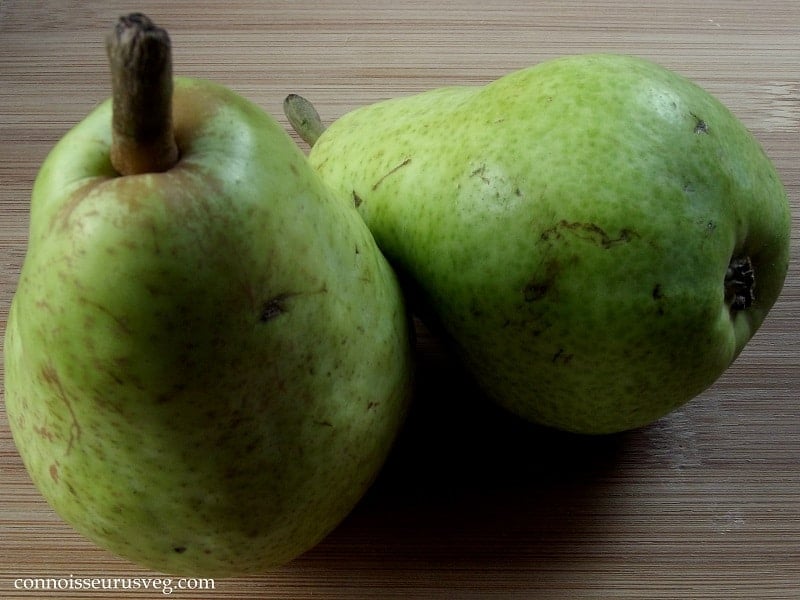 These sandwiches turned out so good. You could seriously feed them to a hardcore omnivore and they’d never know they were eating vegan (not that I advocate that sort of thing). Just a little savory, a little sweet, rich, satisfying, and absolutely perfect for fall.

I probably will do some more vegan cheese work down the road, and some of that will likely include agar. Actually, this is a certainty…I’ve got ideas. Hang around a bit to find out more :) 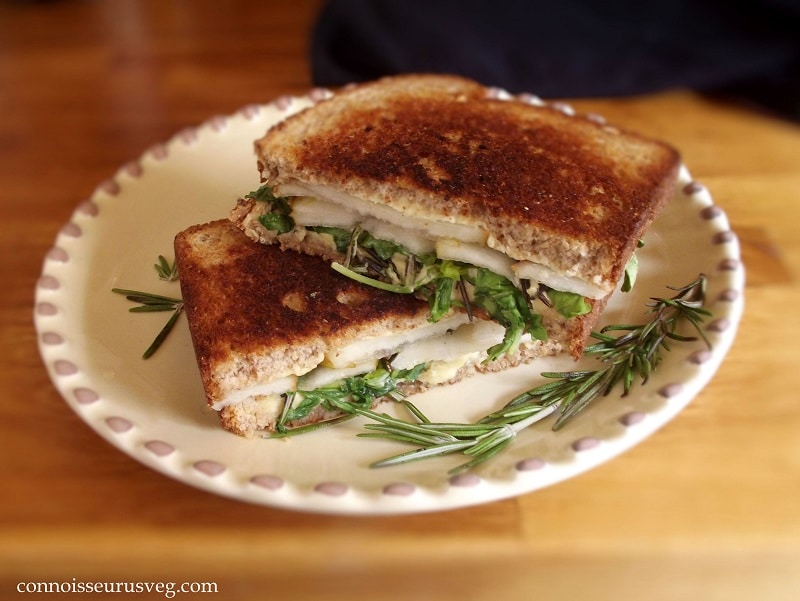 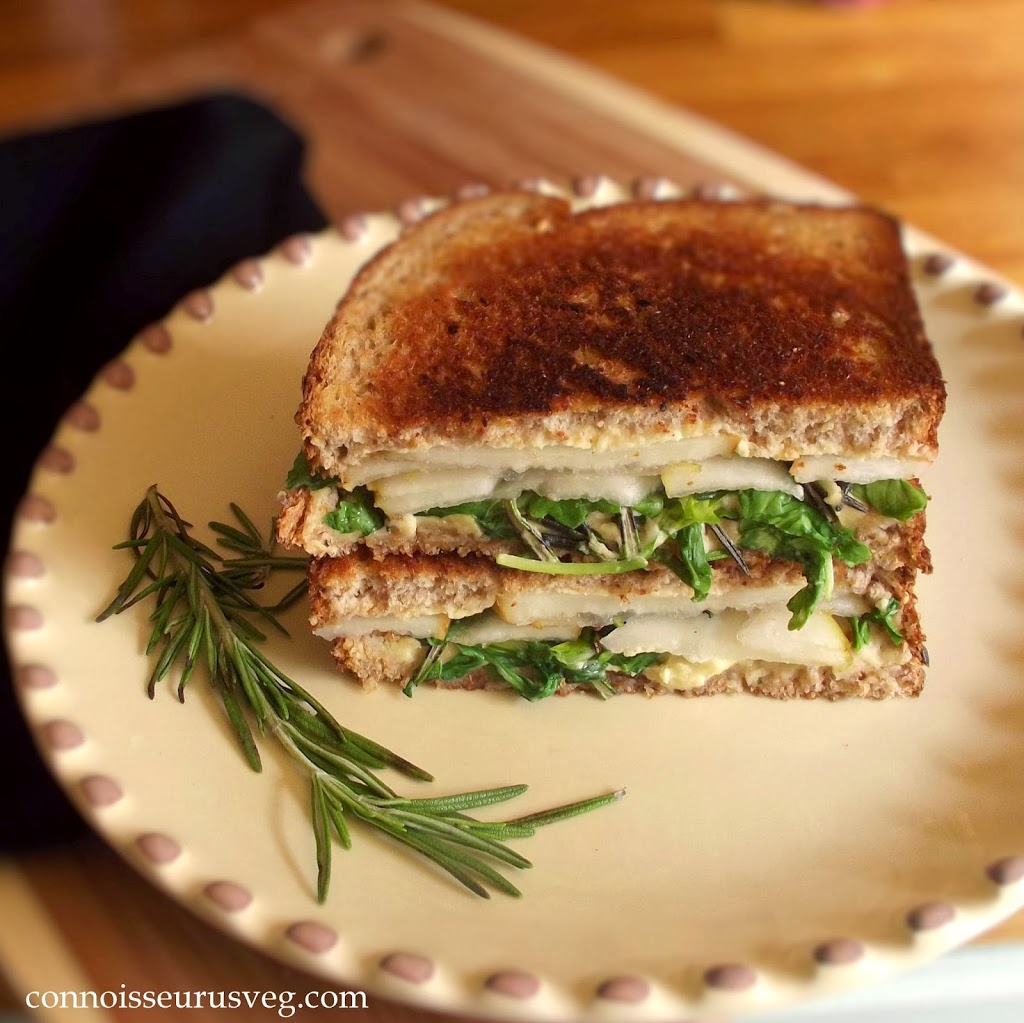 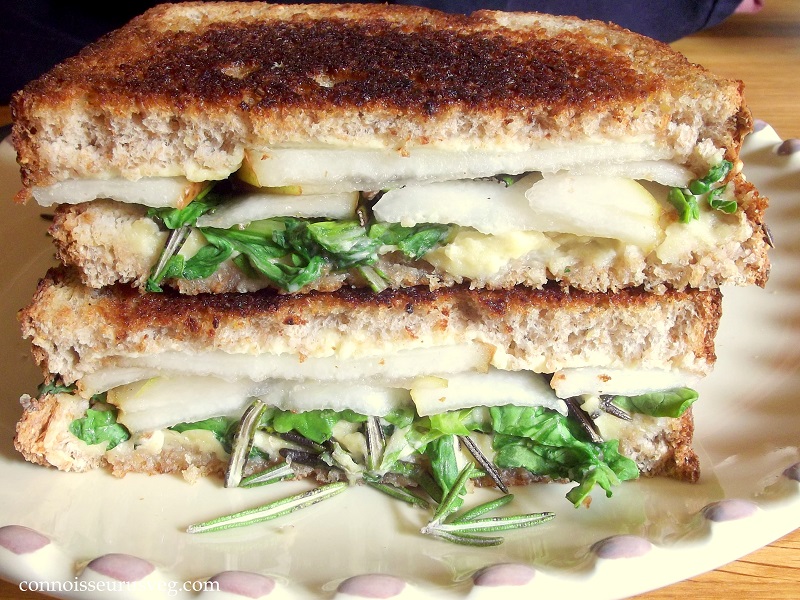