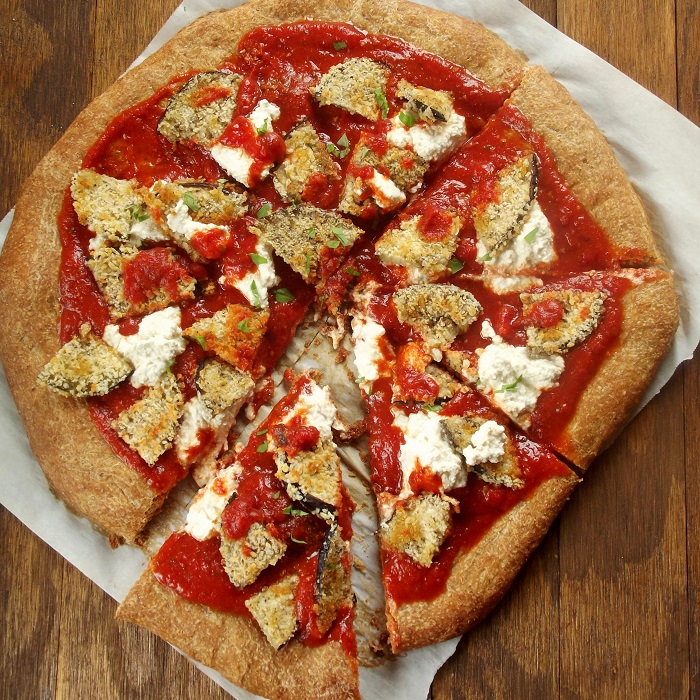 Another Super Bowl food post of 2015! Apparently I think covering things in panko breadcrumbs is the way to turn them into sports-watching food.

I didn’t do that on purpose, but in hindsight, it does make sense. Covering things in panko is what I do when I don’t want to fry them, and I associate frying with entertainment food. I also associate pizza with entertainment food. I may not be a sports fan, but I’m always down with pizza and a movie night. So, if pizza is game day food, and panko-crusted un-fried things are game day food, pizza topped with panko crusted stuff must be the ultimate game day food.

If I’m way off on this let me know. I’d be happy to post some gnocci or whatever it is people actually like to eat while watching football. 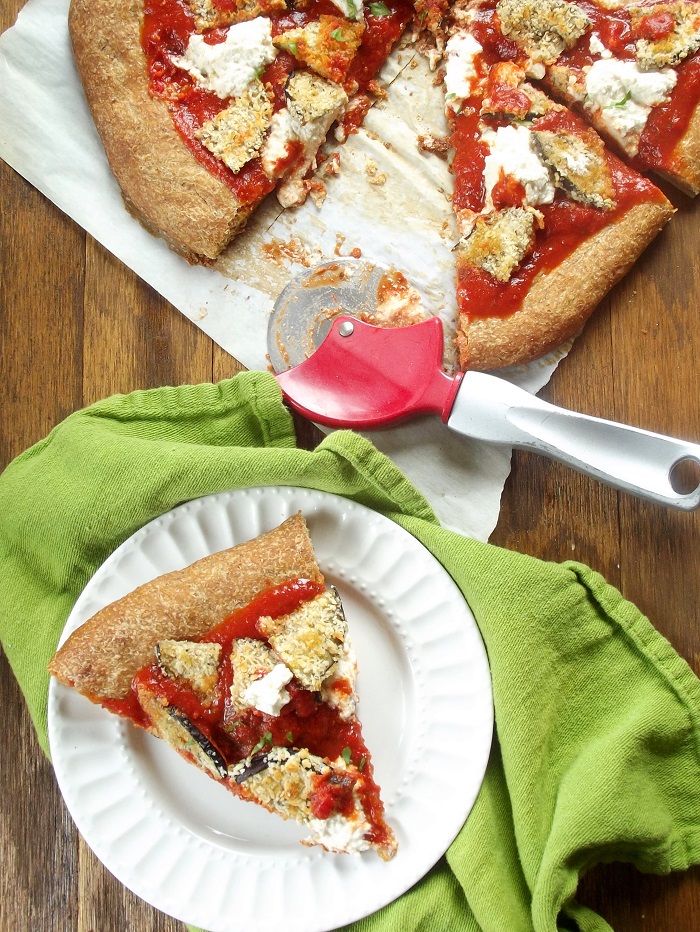 As far as crispy panko crusted things to put on pizza go, I could think of nothing better than eggplant. Eggplant goes with everything, especially pizza. I happen to already have a killer recipe for marinara sauce, and one for cashew ricotta. Yeah, traditional eggplant parm has mozzarella, but I opted to keep things simple, and there isn’t much that simpler than cashew ricotta. There also isn’t much that’s more delicious atop a sloppy tomato sauce and crispy eggplant covered crust, as I recently learned. 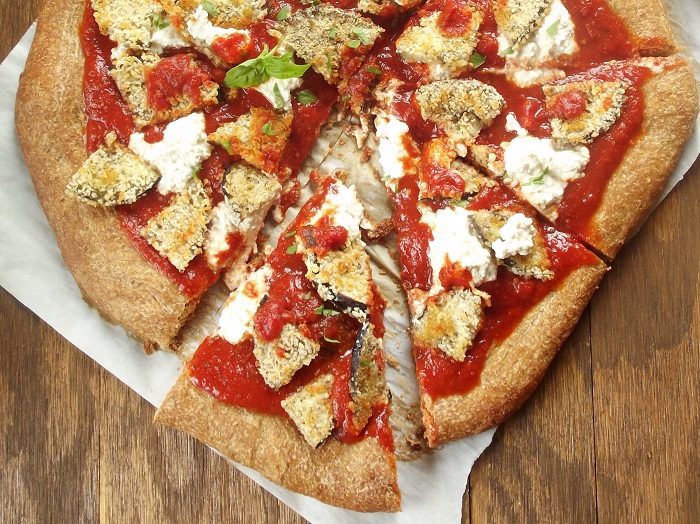 For the Crispy Eggplant

If your eggplant is a few days old, or shows some browning inside when you cut it, you'll probably want to salt it before cooking. Sprinkle slices generously with salt and allow to sit for about 20 minutes. Rice well and proceed with the recipe. This process draws out any bitterness that may have developed as the eggplant aged.