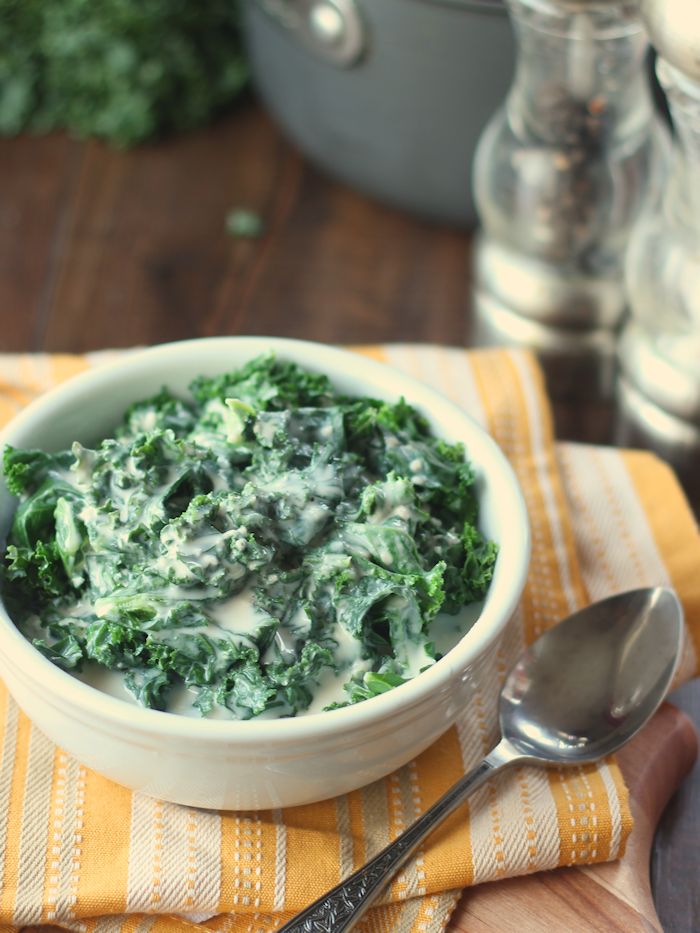 I’ve been having a seriously hard time with Thanksgiving recipes this year. Normally, about a third or so of the recipes I make never end up on this blog, because I just don’t like them enough. This is fine, and totally expected, but every now and then I hit a rough patch, where I bomb on everything for weeks. That just happens to be what’s been happening with the majority of my planned Thanksgiving posts for the year. It’s rough. How did I manage to screw up mashed potatoes? I don’t know, but they were awful. My sweet potatoes turned out to be a soggy mess. I even tried to create a fancy stuffed puff pastry main course thing, and despite the fact that it’s pretty darn challenging to make anything out of puff pastry that isn’t absolutely delicious, I did. 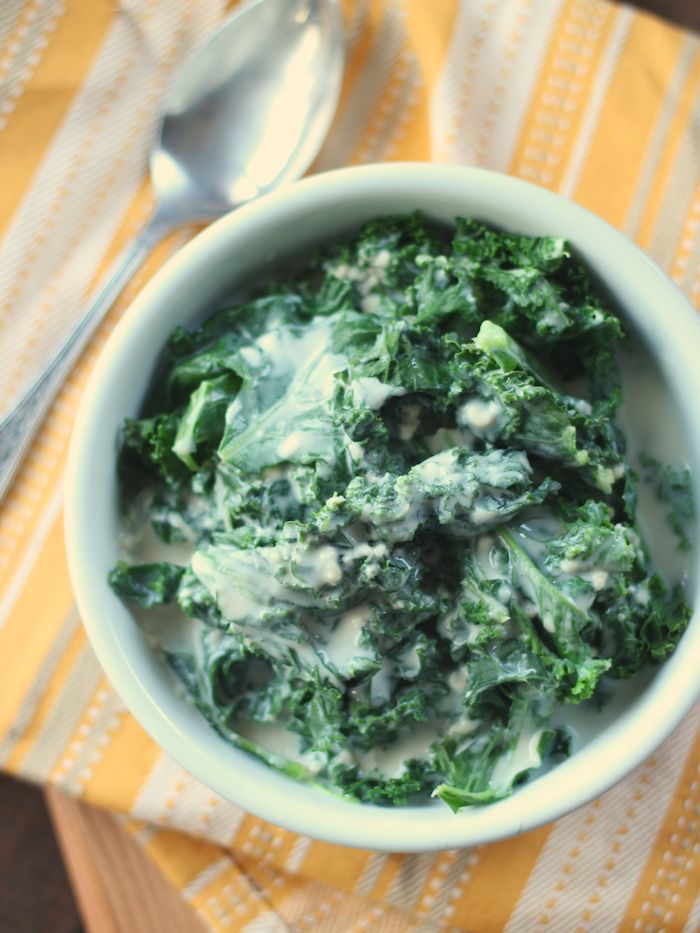 So I decided to go back to something tried and true. My first year blogging I shared a recipe for vegan creamed kale, which was awesome, but the photos weren’t all that great. I’d been meaning to update the photos, and figured about now, in the midst of a bunch of epic holiday fails, would be the right time. As things turned out, I couldn’t manage to stick to the original recipe. 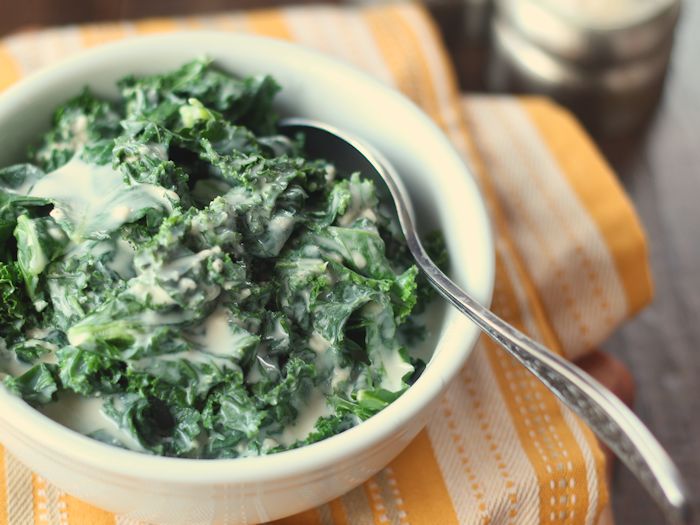 For a gluten/grain free option, skip the flour and reduce the amount of water to about 1/2 cup. You may need to allow the mixture to simmer a few minutes more to thicken up, and in the end it won't be a smooth, but it will still be tasty.