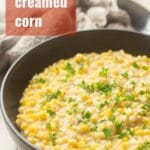 This vegan creamed corn is bursting with sweet corn kernels in creamy sauce. So rich, so flavorful…you’d never guess this stuff was dairy-free! 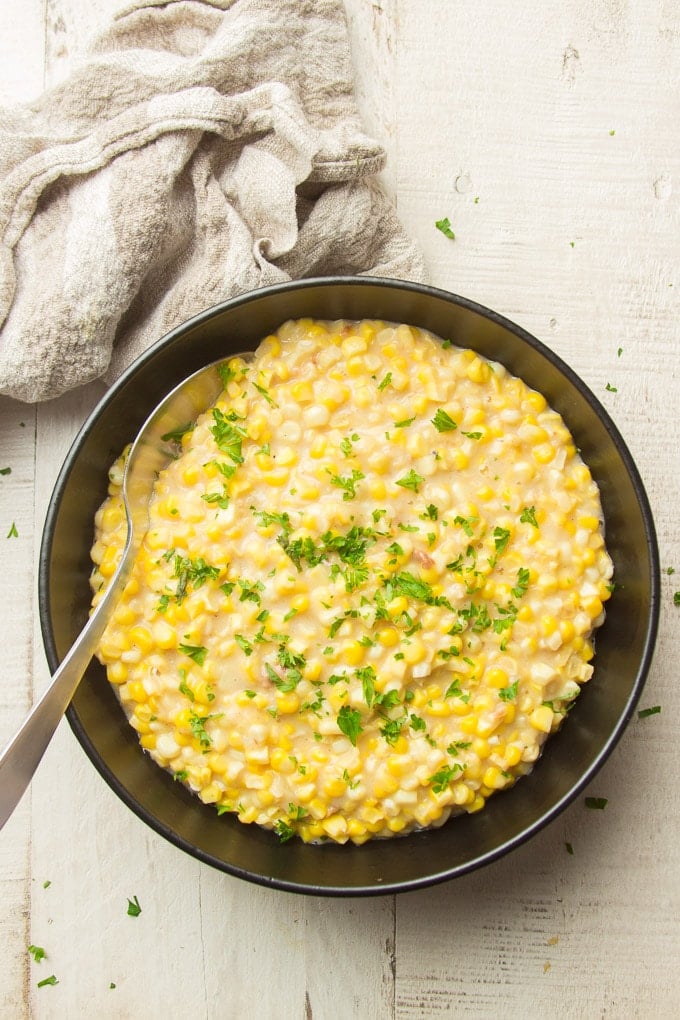 I have a lot of corn recipes coming your way. Just so you know!

And this wasn’t one I had initially planned on sharing, until I received a comment on my Facebook page about my vegan corn muffins, from someone telling me they thought the recipe would be better if it used creamed corn. Well, sorry to break it to you helpful stranger, but creamed corn isn’t vegan!

But that got me thinking, maybe it should be. And so I got to work at creating a recipe. (Although I’m not changing the corn muffin recipe. I totally stand by that one!) 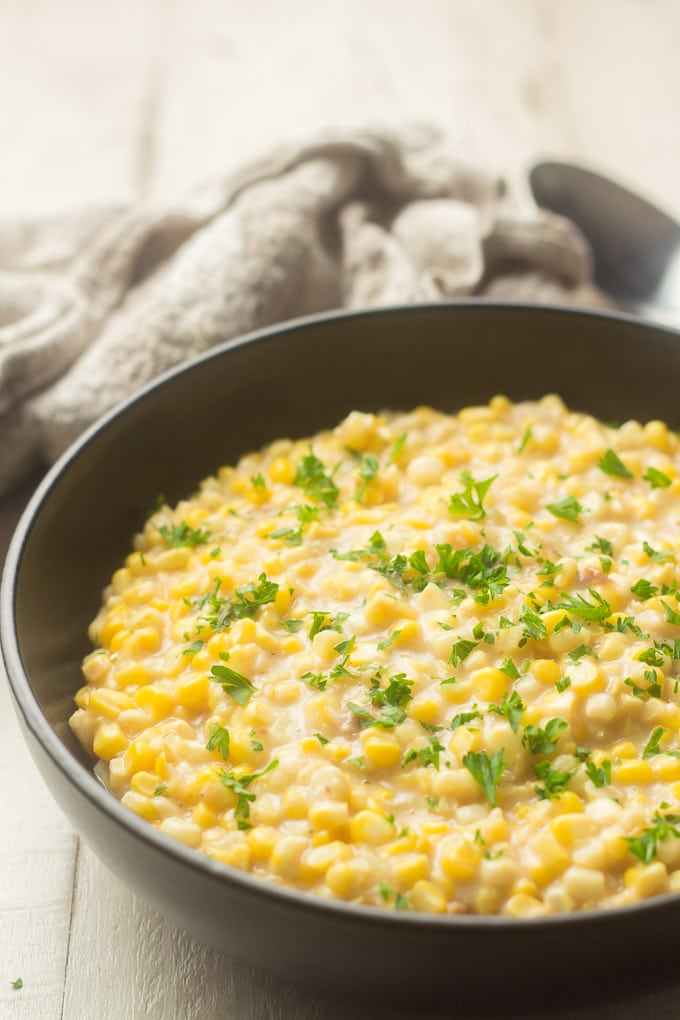 How to Make Vegan Creamed Corn

If you’re using fresh corn, you’ll need to cut it off the cob. Husk the corn, then grab a large mixing bowl. Stand your cob up in the bowl with the base end down. Hold the corn by the top while you take a big chef’s knife and carefully run it down the cob to remove the kernels. 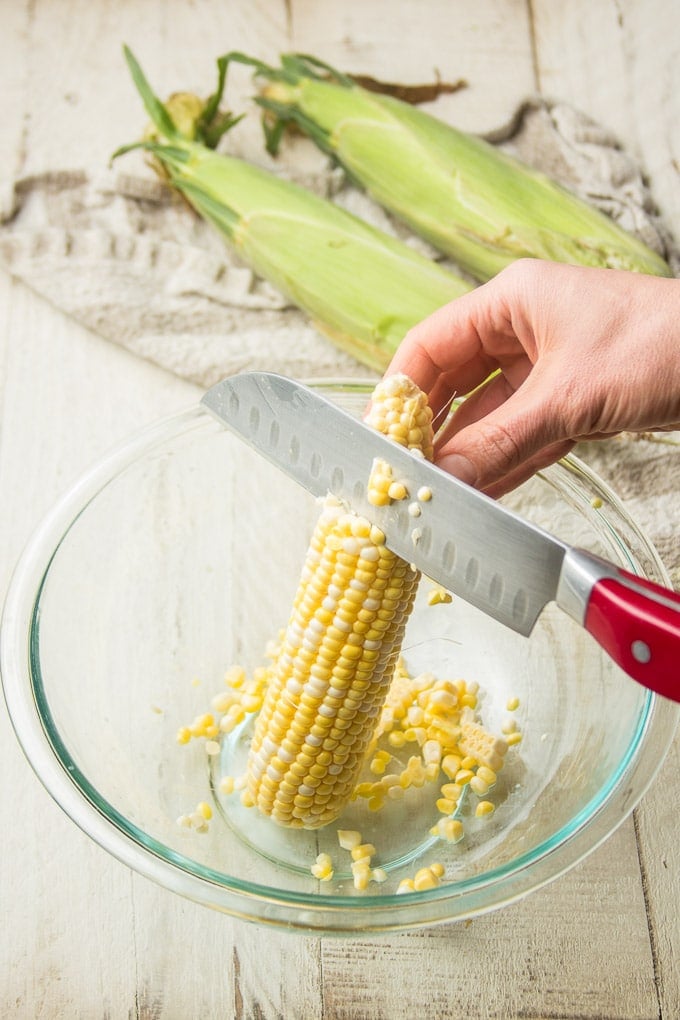 Once your corn is off the cob, heat up some vegan butter in a skillet and add a diced onion. Cook the onion for a few minutes to soften it up.

Now sprinkle in some flour, stirring all the while to coat the onion. Once the flour is in, slowly start adding your coconut milk, stirring (or better yet, whisking) to get out any lumps of flour. Add your other non-dairy milk at this time as well.

Bring everything up to a simmer and let the mixture cook until the corn is tender and the sauce is thick and creamy. 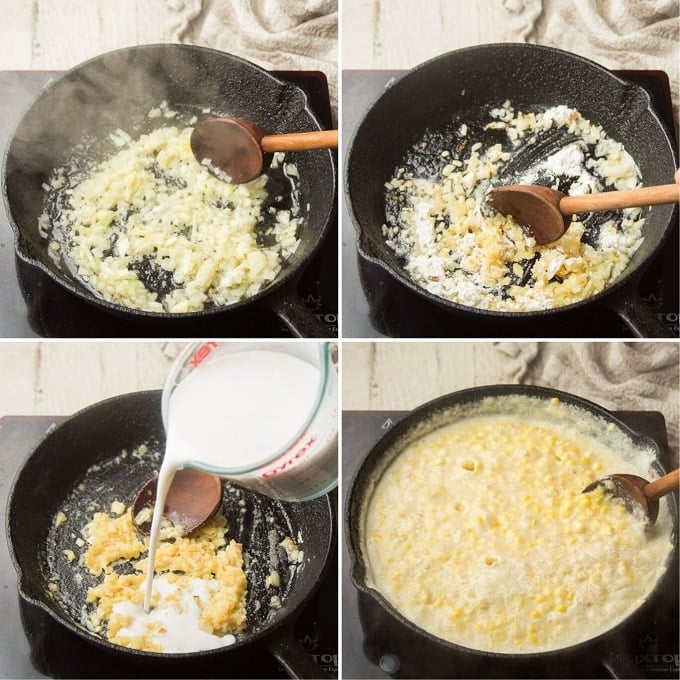 Season your vegan creamed corn with some salt and pepper when it’s finished cooking. 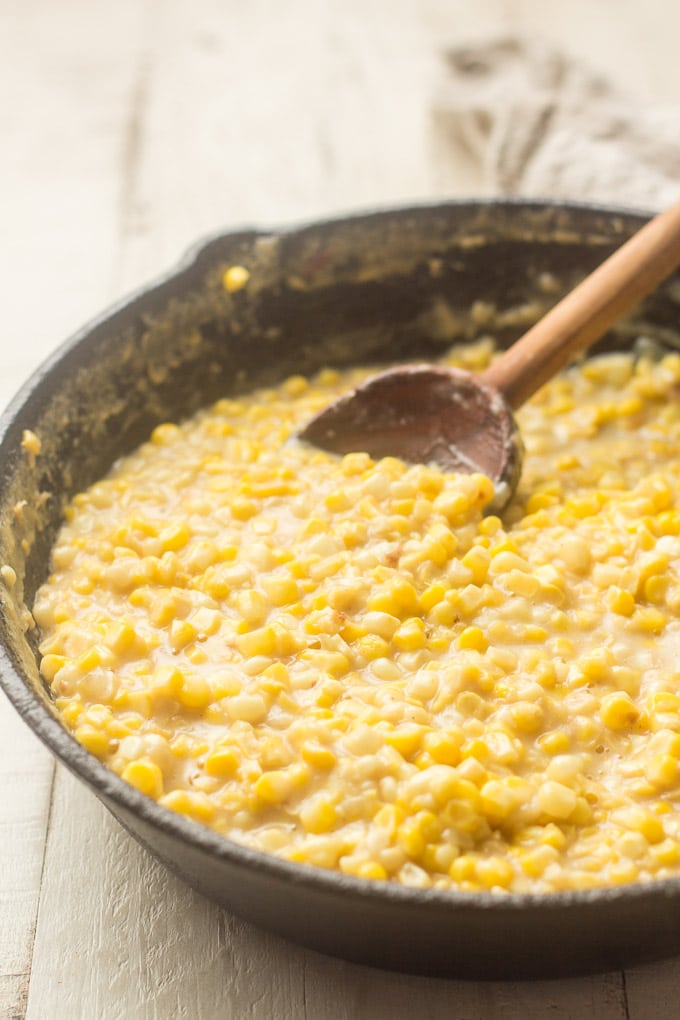 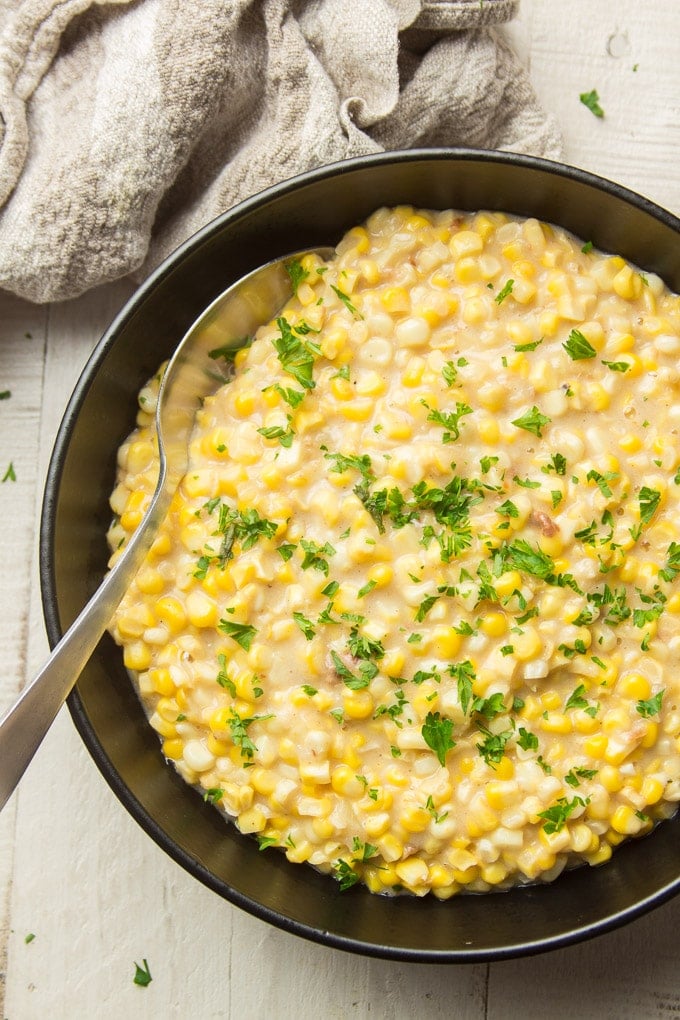 *Frozen corn can be substituted. Thaw it out first and reduce the simmer time in step 5 if needed.