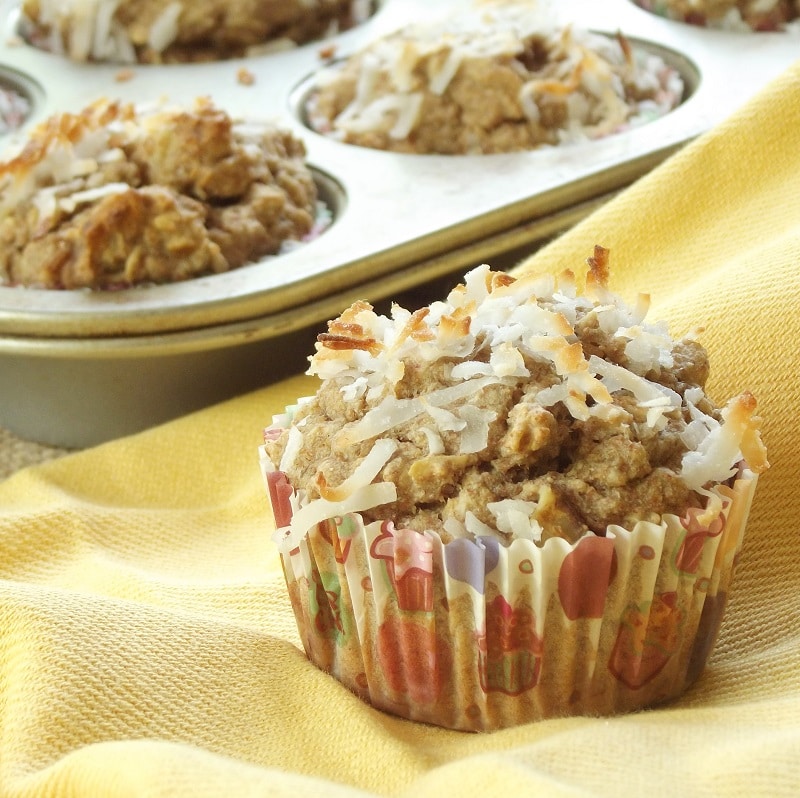 I love vegan baked goods. I'm not vegan, and though I don't particularly like the taste or texture of eggs, I don't object to them in dishes where their presence is undetectable to the pallet. As far as baked goods are concerned, I place very little dietary restriction on myself, but I do get a total kick out of veganzing my favorite dessert and pastry recipes. It's fun to experiment with different dairy and egg substitutes, and somehow, it just feels like I'm eating a cleaner version of my favorite sugar-laden treat. 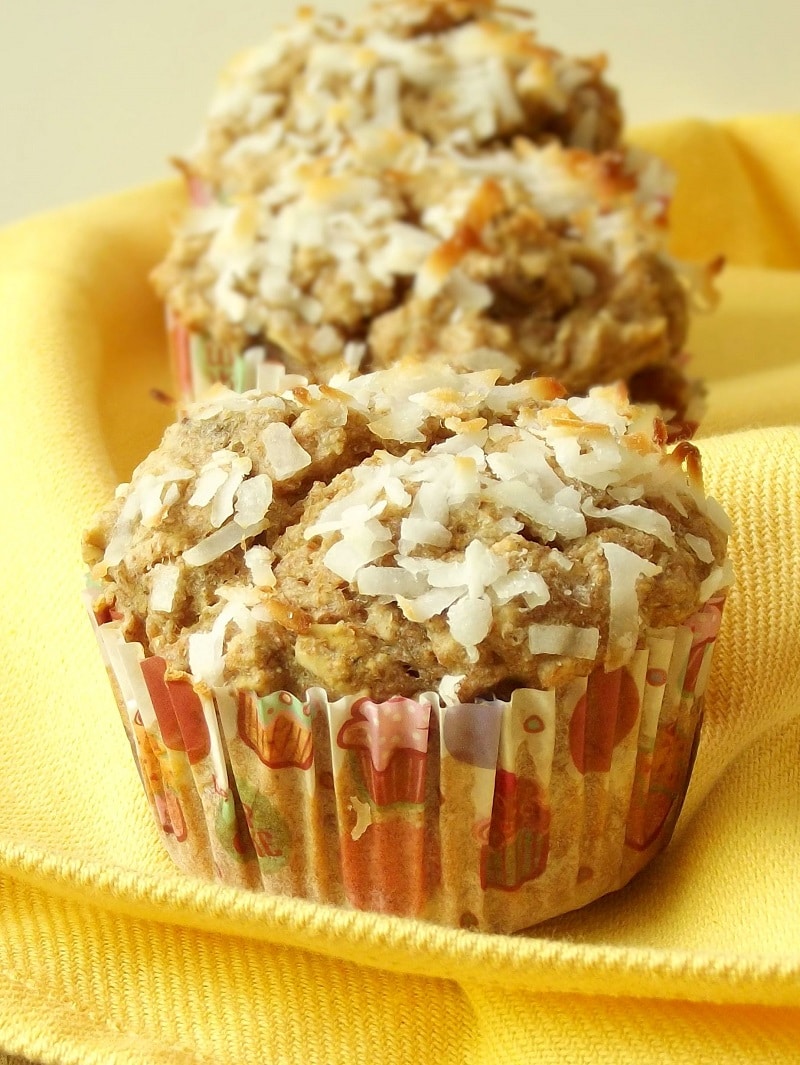 There are lots of egg substitutes you can experiment with in your vegan baking. I've already posted recipes including flax eggs. I'll delve into some others in future posts. One fantastic egg substitute is mashed bananas. This came in incredibly handy for this recipe, which is based on the flavor of bananas. As far as dairy substitutes are concerned, your options are wide open. You can use just about any bean, seed or nut milk, as the flavors of most are undetectable in baked goods. For this recipe, I thought I'd try one option where the flavor just might be detectable, and delightfully so: coconut milk! Well, this resulted in success. The coconut and banana flavors blend beautifully to create a tropical delight in your mouth. The bananas and the fat in the coconut milk both help to lock moisture into these muffins. I also used a bit of coconut flour, for additional flavor, and also for a nutritional booster, as coconut flour is high in fiber and lower in carbs than wheat flour.

One key to success with this recipe, and any banana bread/cake/muffin recipe for that matter: use very ripe bananas. You want them to have plenty of brown spots, and be past the point where you'd like to eat them. I like to toss my bananas in the freezer when they reach this point. I can then thaw them and throw together a batch of these muffins anytime. 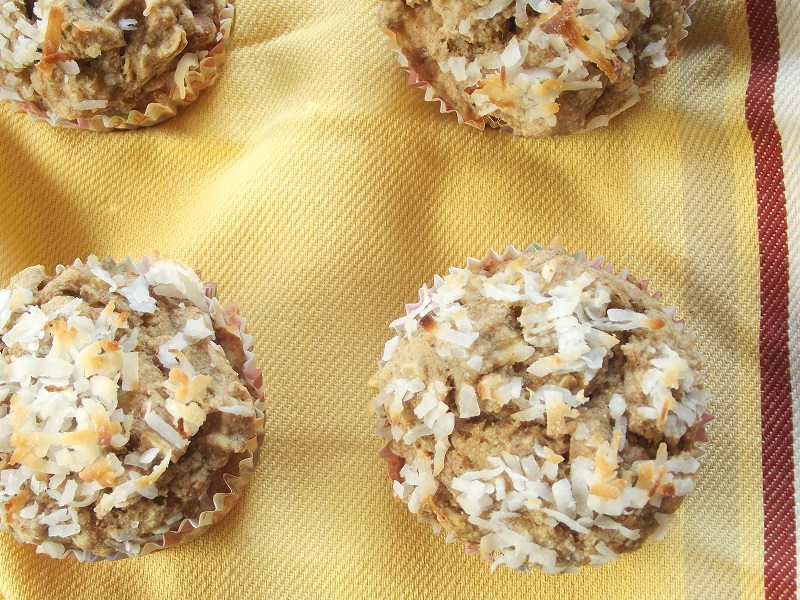 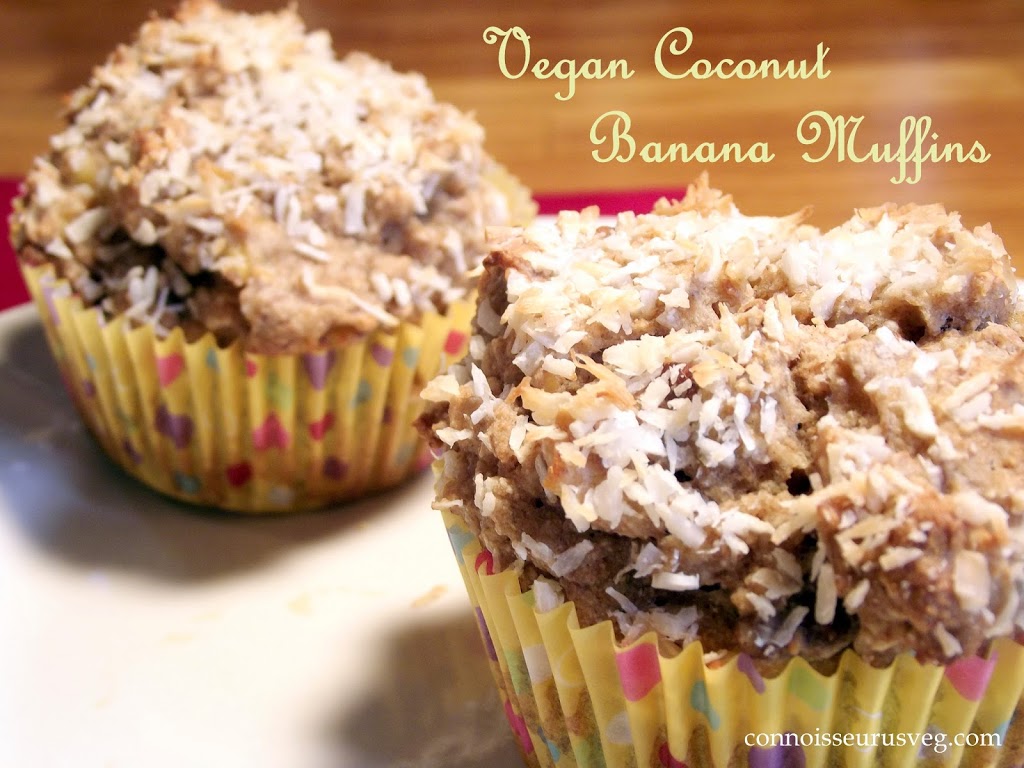 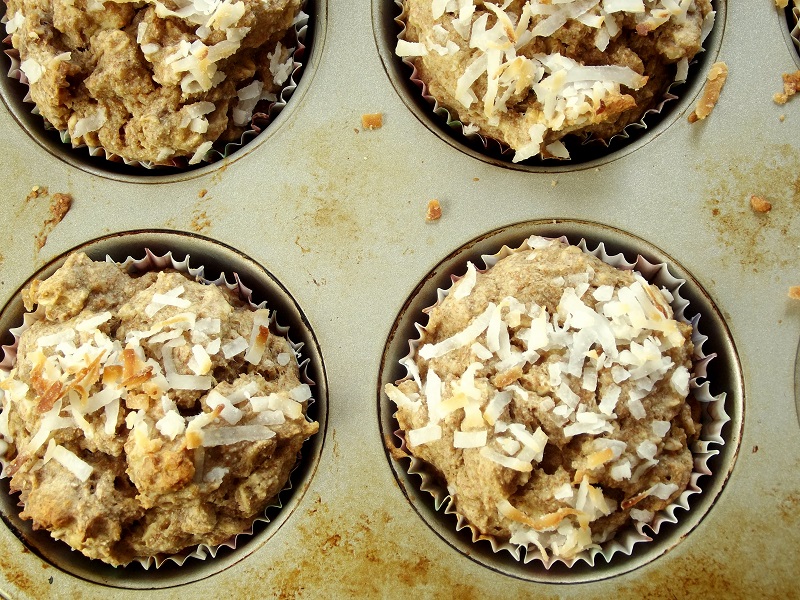