These vegan vanilla coconut milk cupcakes are rich, flavorful and topped off with a dollop of chocolate whipped coconut cream. 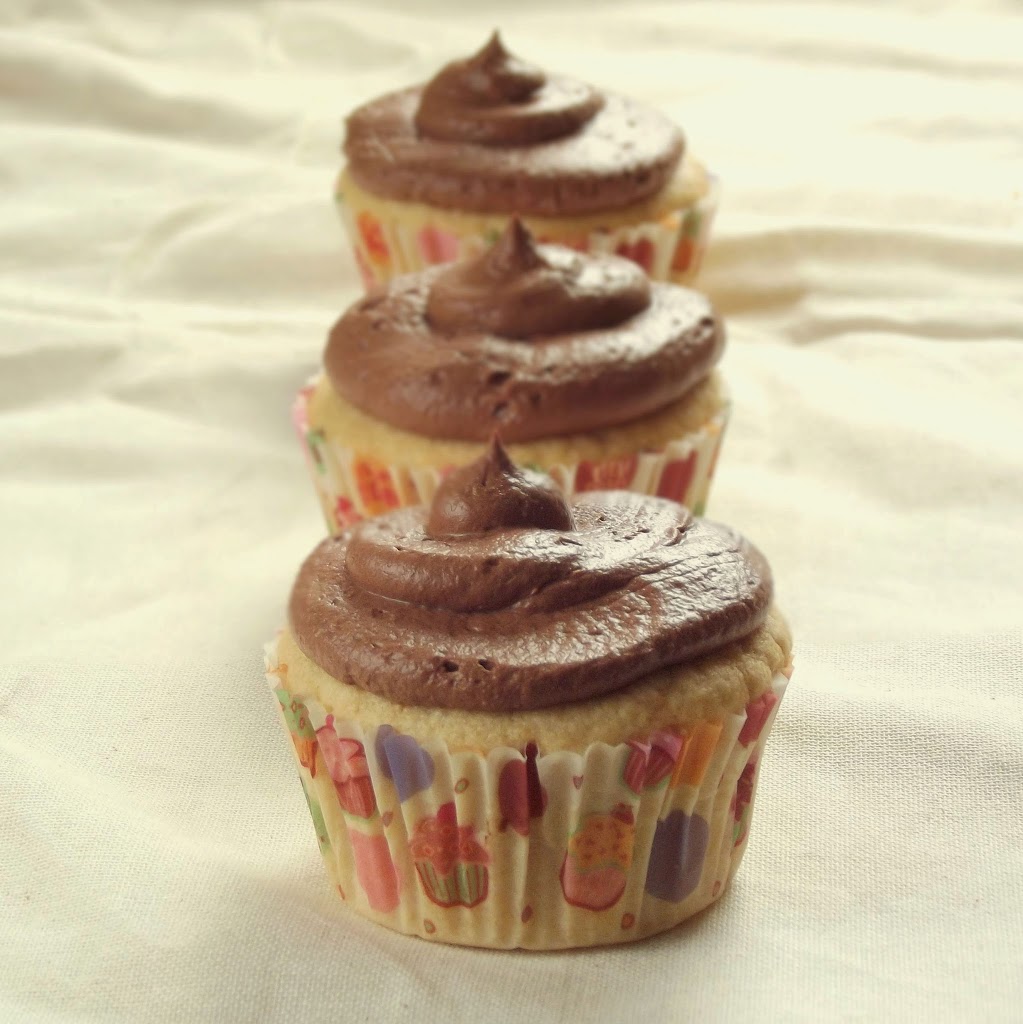 Here’s a secret about what goes through my head when I try a new recipe. Maybe other food bloggers can relate. Okay, so when it’s time to taste the result, I’m usually not alone. In fact I’m ideally not alone, as I want an unbiased opinion on my food. Most of the time I’m dining beside my boyfriend, but my family or some friends might also be involved. I never tell any of my co-diners this, but I always try to take the first bite. See, I’m a little nervous. This is some food, a recipe, my recipe, that nobody has ever tasted. What if it sucks? That does happen. I usually have a pretty good idea of how something will turn out, but every now and then I get a sad surprise. I don’t really know my logic behind the whole first bite thing, but perhaps a part of me imagines that if the recipe is bad I’ll have a chance to stop the other person from eating before the damage is done. Yeah, that’s it. I can see myself diving across the table in slow motion, flinging the fork from in front of the other person’s eager mouth. This precise scenario hasn’t happened. Yet. 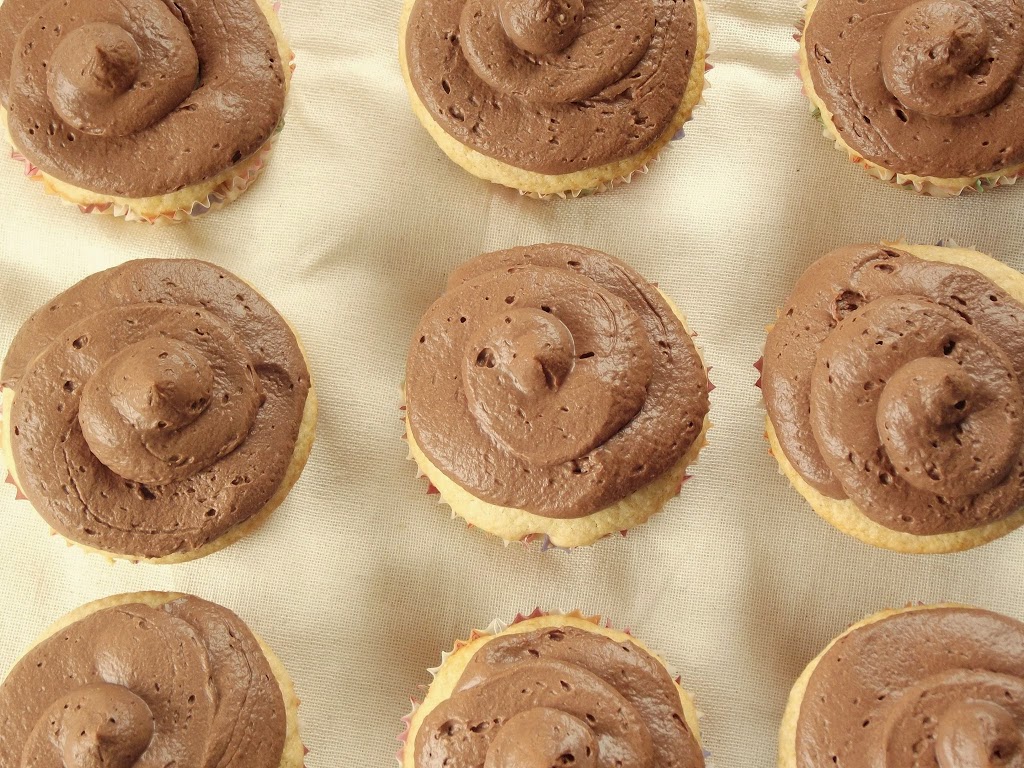 I get especially nervous when feeding more than one person. Even more nervous when serving baked goods that don’t lend themselves to easy tasting during cooking. So as you can maybe imagine, I was a ball of nerves when I fed my family these coconut milk cupcakes.

They loved them! I loved them too! The whole tasting process made me wish I’d tried this out a long time ago, and I’ve had this recipe in mind for a long time. Baking experiments make me nervous though, and there’s usually so much trial and error involved that I just don’t feel like dealing with it. 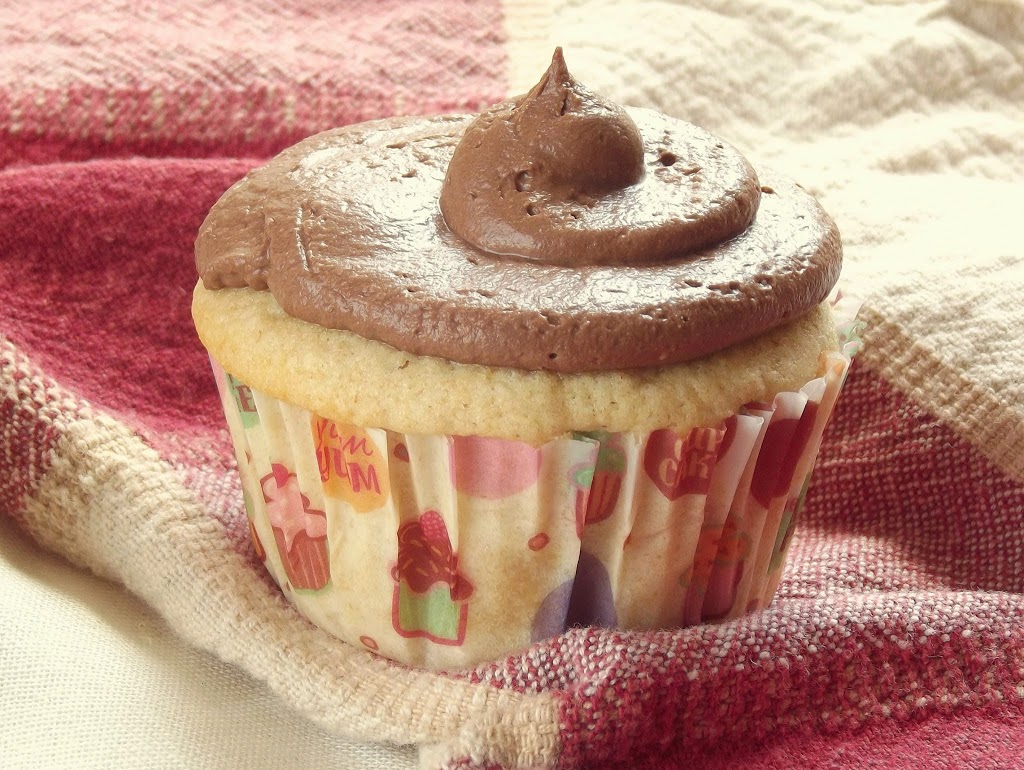 Now let me tell you why these are awesome. First, the cake. I took the safe route and adapted an existing vanilla cupcake recipe. I still had my doubts, as coconut milk is way heavy and could result in some seriously unexpected results. They were fantastic though. Yes, you can taste the coconut milk, and yes, it changes the consistency. The resulting cake was rich and moist. Think pound cake in cupcake form, but with coconutty flavor and essence. In fact, I might have to try this recipe as a pound cake some time soon.

Second, the frosting. This frosting haunts my dreams. When I first discovered coconut whipped cream I was all like “Oh, cool, this is pretty good.” When I added cocoa powder I nearly lost it. It is that good. I should never make this frosting again. I know I will though…okay, I already did. I had no choice. I’ll tell you about my second experience with this frosting soon. 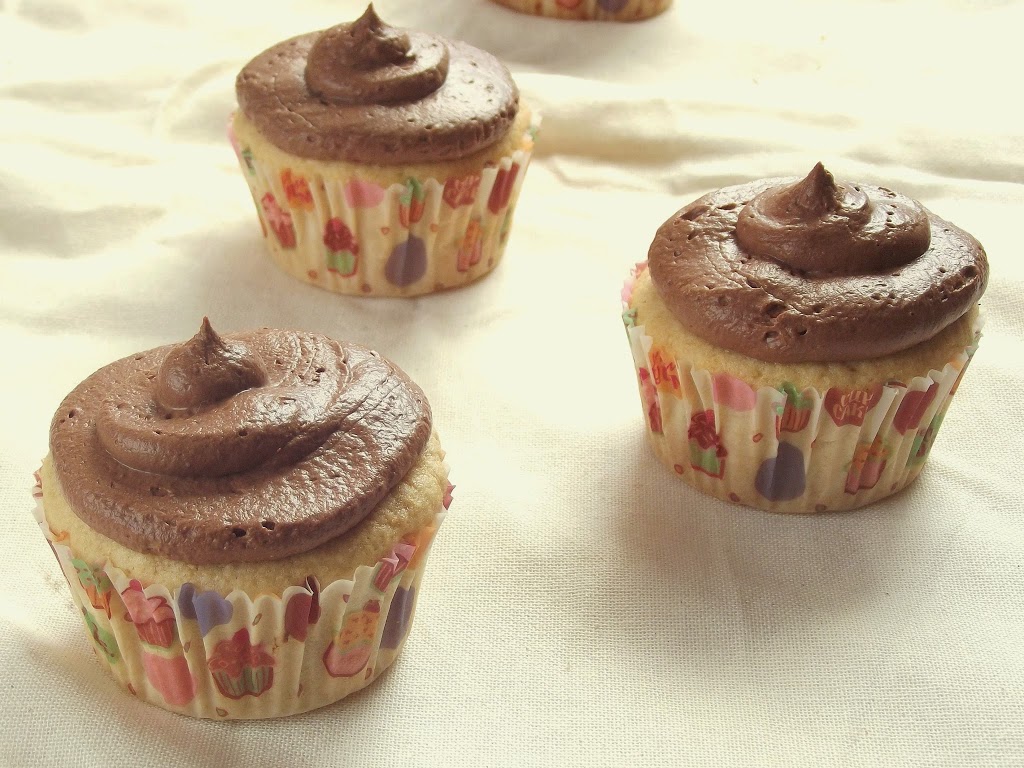 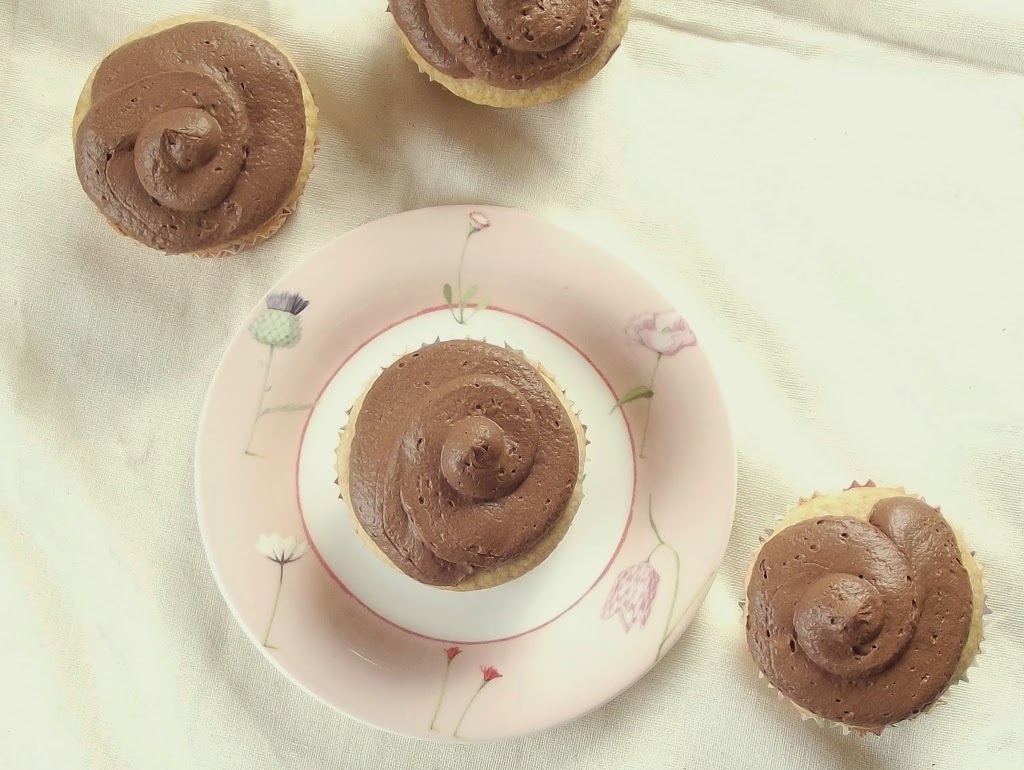