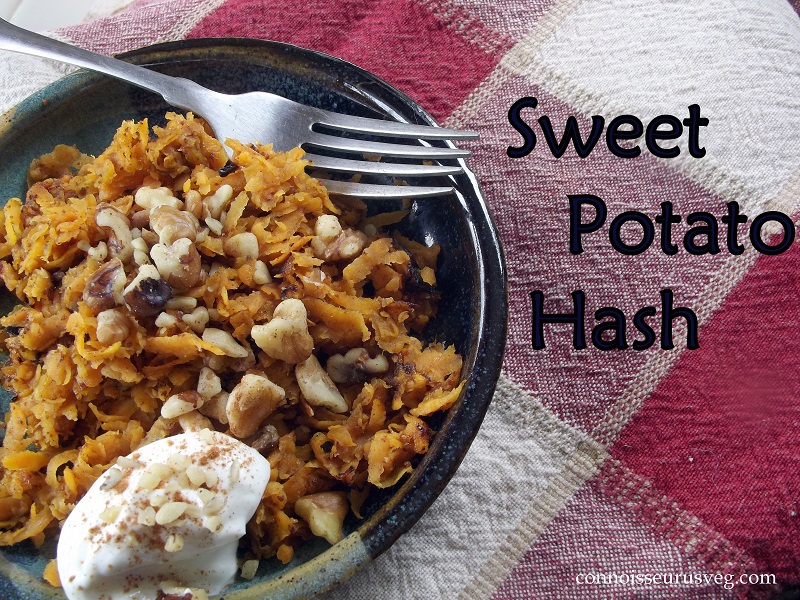 I know, I know, this is not a pancake recipe like I said it would be. You got me. As mentioned in my last post for flapjack style sweet potato pancakes, I planned on preparing latke style pancakes as well. A sequel, if you will, to my earlier post. So, what exactly happened? Well, as I’ve done before and will continue to do, I tried my luck at creating an eggless recipe. Traditional potato latkes use eggs as a binder. Now, I probably could have used an egg substitute, but nooooo, I was sure I could do this without one. Don’t I ever learn? Apparently not, but that’s just fine. Because what I did end up with was a delicious mass of warm, slightly crispy, shredded, sweetly seasoned sweet potatoes that did not in any way retain any kind of shape resembling a pancake. They were awesome. Not only did they taste awesome, but they were highly satisfying. Breakfast with staying power, yet light and easy.
If you’d like to try your luck at making this recipe into latke style pancakes, I suggest adding a flax egg (1 tbsp. ground flax seeds + 3 tbsp. water, whisked together and allowed to sit for about fifteen minutes). I can’t guarantee this will work, as I haven’t tried it, but worst case scenario is they fall apart like mine did and you end up with sweet potato hash with added omega 3’s. Not bad. 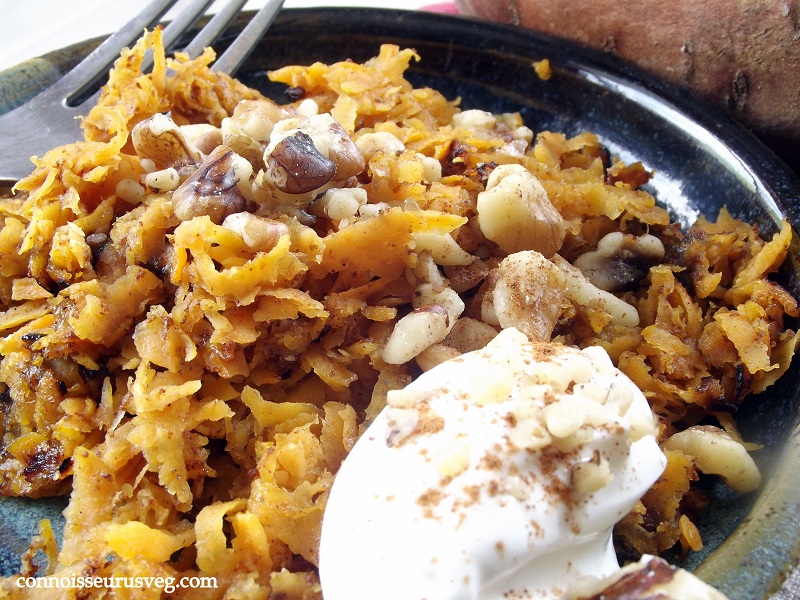 Now, regular ol’ hash brown potatoes are typically served as a breakfast side. You can do that with these, but you can also do something I’d generally not recommend doing with traditional hash browns, and that is to eat them as your main breakfast dish. That’s what I did, eating half the batch, topped with some walnuts, vanilla yogurt and extra cinnamon. A nicely balanced meal. Alternatively, split the batch into smaller portions and serve aside regular pancakes, eggs, scrambled tofu or whatever you like to breakfast on.
Another thought that came to me while chowing down on these: they don’t need to be breakfast. Honestly, you could serve these as your Thanksgiving sweet potatoes and get away with it, that’s assuming your family is adventurous enough to forgo the traditional marshmallow laden variety. 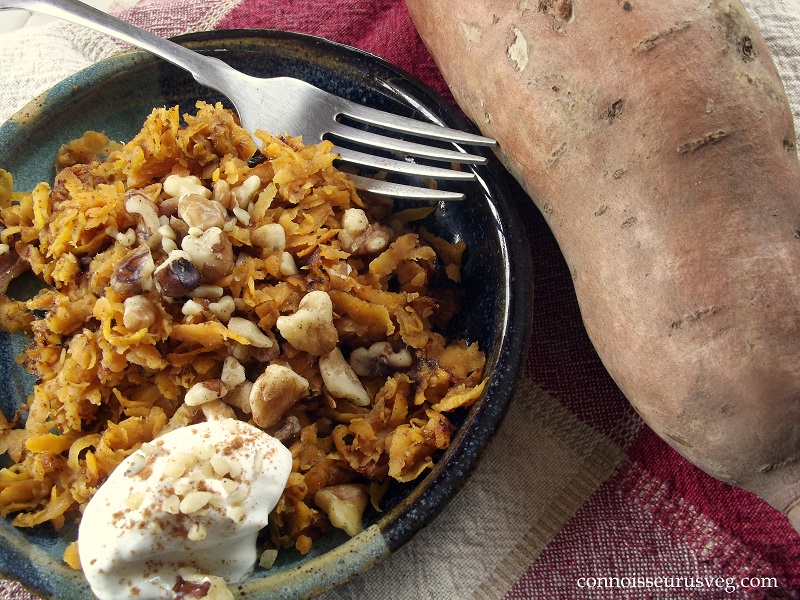 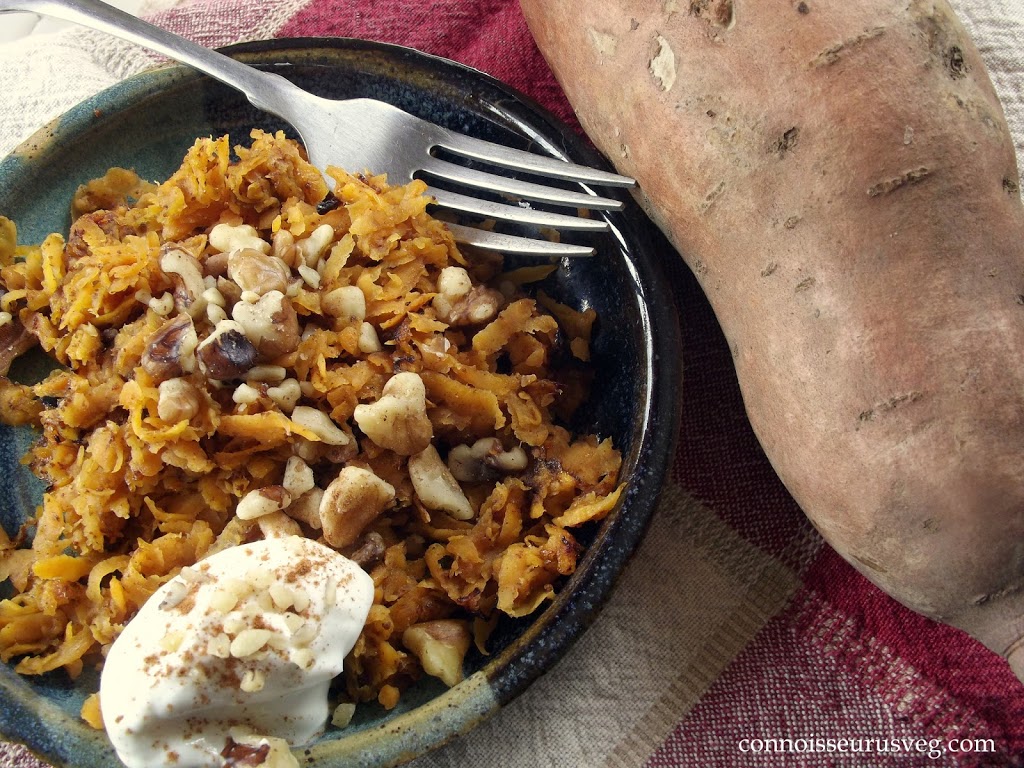